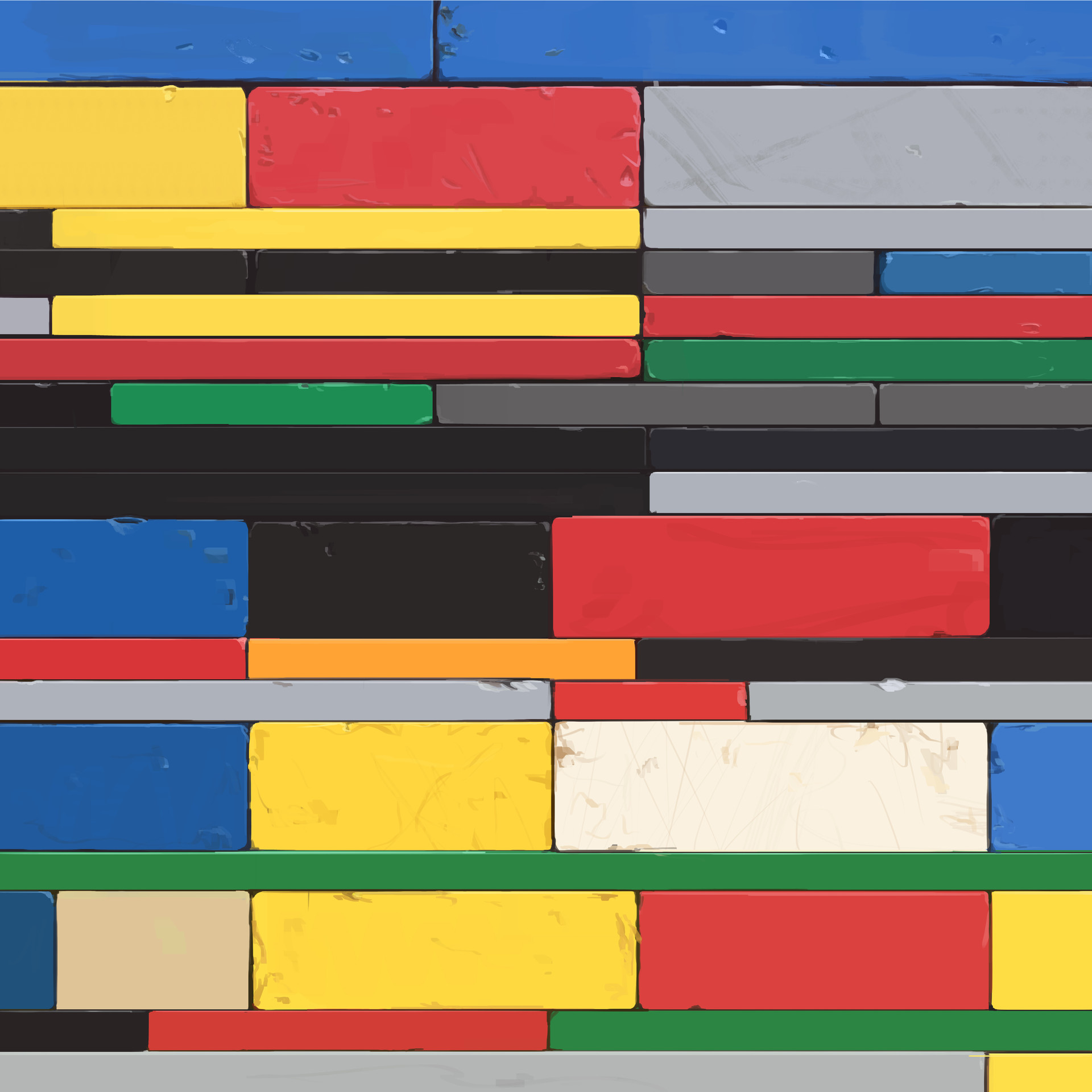 Joburg-based artist Luca Boni‘s new series of paintings Old Lego takes inspiration from the everyday. One day, Luca started seeing primary colours much more often or, at least, they stuck out to him a lot more.

From Pick n Pay to random buildings, the simple red, yellow and blue began to feel almost prophetic to Luca — and that’s when he stumbled upon the old lego blocks at his dad’s house. He decided to paint them, and thus the series was born.

Luca is a semi-self-taught artist: he studied 3D animation at city varsity in New town, but his work goes above and beyond anything that could be taught in a classroom. He enjoys creating because of the limitless possibilities of the imagination, and these paintings are a testament to that.

The paintings are incredibly striking and intriguing — they are interesting, both in the technique of the work, and in the subject matter. The weird, abstract shapes depicted in such strong colours creates a lovely visual presentation.

In the spirit of finding arbitrary inspiration, I asked Luca some really random questions to help get a better idea of him.

What’s your favourite food, aesthetically?
That’s a bloody fight to the end, it’s between Cadillac red Polony tubes and those pink iced donuts.
If you had to paint with one colour for the rest of your life what would it be?
Can I say an extremely dark red? Haha
Who is your fave cartoon character?
Hmmm that’s super tough. I love Clarence from the big Lez show .
What’s your biggest irrational fear?
Im scared of flying, and sick people. So ridiculously scared of flying with sick people.
You wake up one day and you’re not allowed to paint cause you’ll die if you do. What’s your new career path?
I would probably die either way, but I’d give making movies a good go first.