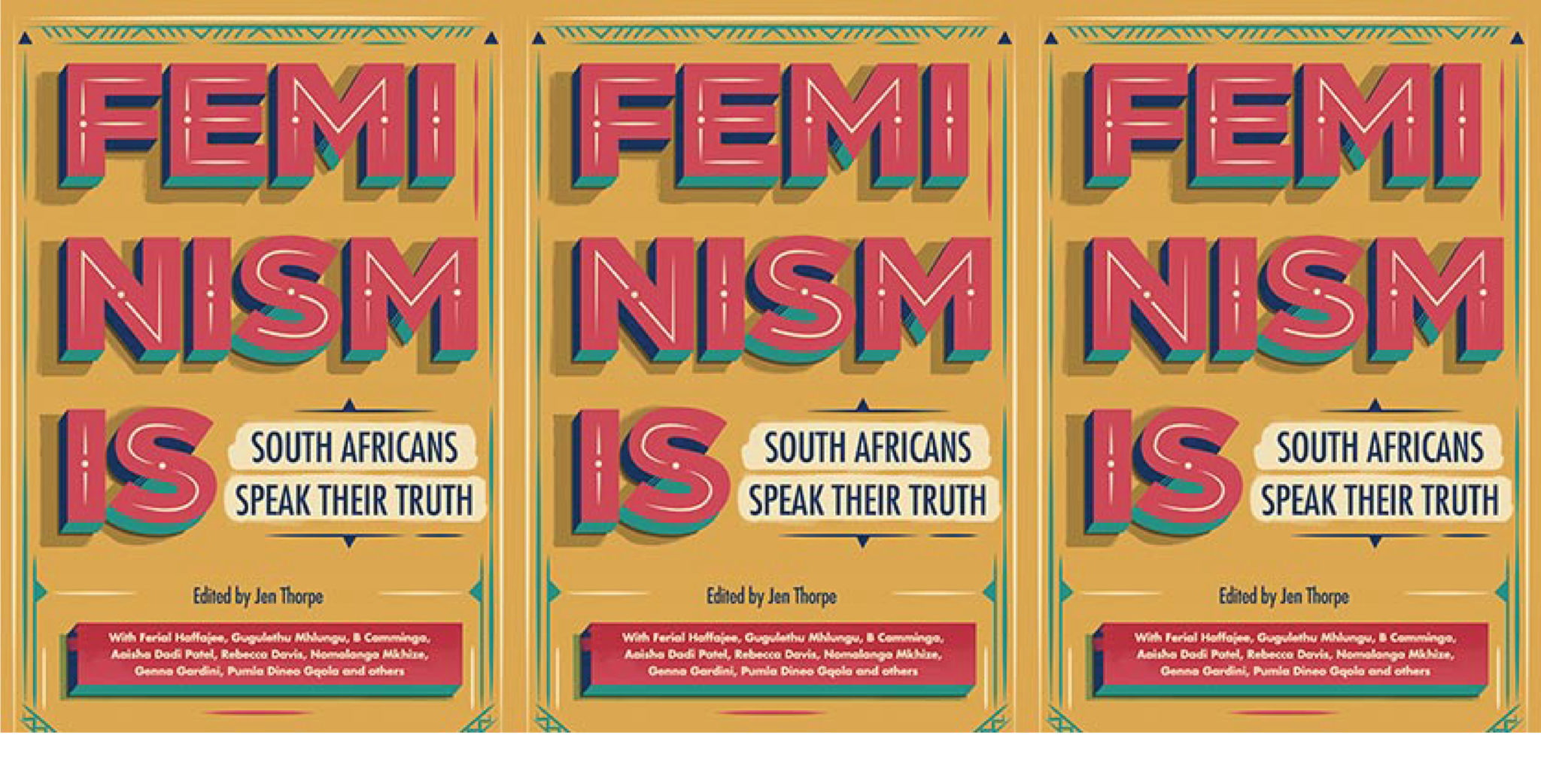 Posted at 16:54h in Books by Alexia Roussos
0 Likes

“Do you call yourself a feminist? What does this mean in your daily life? In this book, South African feminists explore their often vastly different experiences and perspectives in accessible and engaging voices. Feminism Is touches on issues as wide-ranging as motherhood, anger, sex, race, inclusions and exclusions, the noisy protest and the quiet struggle. It will challenge your thinking and inspire you to action, reaffirming the urgent necessity of feminism in South Africa today.” — Blurb from Feminism Is

Have you ever read a book that made you feel like you were at home? Like there was a group of people who had all come together to discuss one thing, and you were in the room with them. Not everyone agrees, and there are often conflicting view points but we’re all in the room, and we’re all here to grow together.

That’s what happened to me when I opened Feminism Is: South Africans speak their truth. The book is a collection of essays, reflections, poems and love letters about feminism — some chose to celebrate community the people that had gotten them through tough times, some chose to reflect on the definition of feminism and its place in the modern world, while others recounted the personal stories that resulted in them identifying with the concept of feminism.

The book is split up into five different sections: Inspiration, inclusions and exclusions, Conversations, Power and Fury, and In practice. Each chapter is relatable, profound and wholly necessary. Inspiration helped me to identify my own community and the people who acted as my feminist icons; Inclusions and exclusions forced me to look at my politics and what the parameters of my feminism are; Conversations raised important topics and helped me gain a wider perspective; Power and Fury validated my anger and gave me a sense of solidarity, and In Practice led to a reckoning with my own life and what taking action would look like for me.

There were some recurring themes throughout the book — most notably, the idea of having people who fully understand you because they are in the same position as you, and share values based on that position.

In her chapter, author and professor Pumla Dineo Gqola celebrated a number of people in her life who acted as her chosen family, and had helped to get her through some tough times. She relates a definition of feminism that was forged by community, and the relief of being around people who love, support and understand you.

“With Elaine, feminism was sisterhood, brilliance, courage and laughter. It was also the place where our little-girl selves kissed and cavorted.”

Academic B Camminga and history lecturer Nomalanga Mkhize interrogated the concept of feminism itself in relation to who it helps and who it further excludes. B’s chapter starts off by recounting an interaction between them and Jen Thorpe, the editor of the book, discussing whether or not feminism should only be written about by women. The chapter made me think about my own feminism and what and who I include in that, and I think it’s a necessary read for anyone who identifies as feminist (and just anyone in general, really).

Nomalanga’s chapter is in the form of a conversation with Gogo Ngoatjakumba, who is a sangoma and also a relative of Nomalanga’s. They discuss the relevance of feminism in the lives of young black people, and their dialogue has helped me develop a whole new level of understanding around culture and language, and how it affects the philosophy and relevance of feminism and other systems.
Reading this collection of pieces acts both as a meditation, and as a window into the wider world of personal links to feminism at large. It is joyous, thought-provoking, exciting and expanding.