Posted at 12:45h in Art by Owethu Makhathini
0 Likes

“Activism is the rent I pay for living in the world”. No one embodies these words by Alice Walker as gracefully as Nomzamo Winifred Zanyiwe Madikizela, icon, activist and “Mother of the Nation”, who passed this week.

Born on the 26 September in Bizana, Eastern Cape and a head girl of her high school, Madikizela-Mandela displayed leadership qualities very early on. She later as a qualified social worker who then became a prominent leader in the struggle after the Rivonia Trial that sent Nelson Mandela and others to Robben Island. 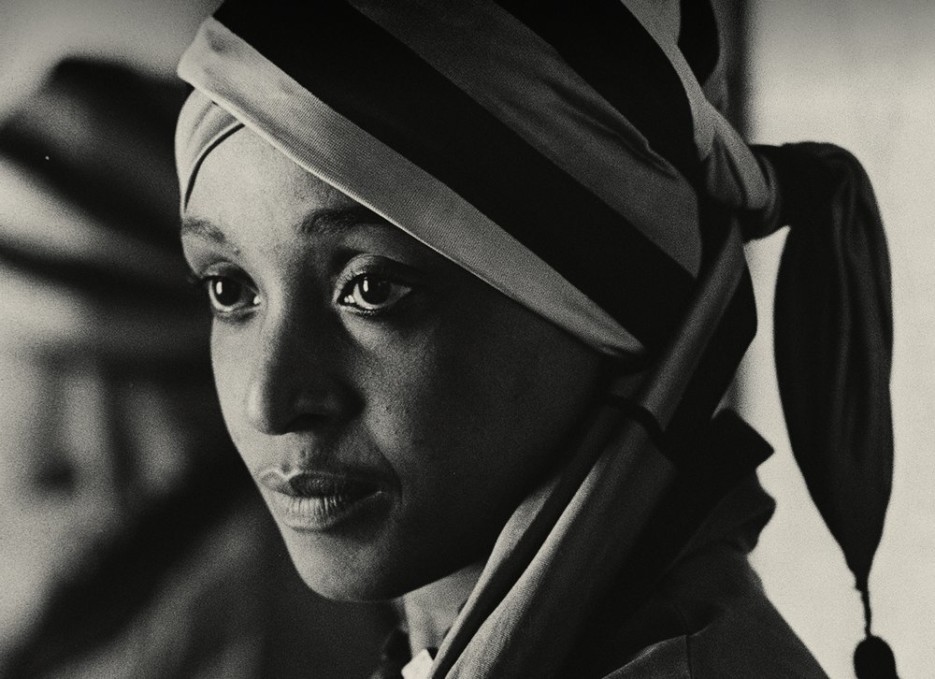 The activist was the fearless renegade who, like many black women, kept the fire of the revolution stoked while fighting for the liberation of South Africa. An African saying goes, “When an old person dies, we lose a library.” There are no truer words that can be spoken of Madikizela-Mandela. We have lost a library of political knowledge, of fearlessness, of humility, of loyalty and of insurmountable strength. Her life inspired art in many forms from music and film to theater and fashion, we take a look at the times Winnie Madikizela-Mandela did.

The brilliant and effervescent Thandiswa Mazwai aka King Tha over the weekend dedicated an ethereal and timely tribute to Winnie Madikizela-Mandela days before the struggle stalwart passed on. King Tha has celebrated Mandikizela-Mandela in song and spirit for many years and her music will continue to be the soundtrack to which we commemorate, mourn and re-imagine what it is to be bold; using our womanhood as both a shield and a dagger. (Video by EWN)

Born and raised in Northern Italy, before relocating to London as a teenager, Onyinye Iwu took up illustration (instead of architecture) and we are better for it. Onyinye Iwu’s playful take of Winnie Madikizela-Mandela for the 2017 Queens of Africa series, which showcases one image and 100 words to describe every woman who has inspired, shaped and changed the continent for the better. Onyiye is also the illustrator behind the Ankara Press book covers. 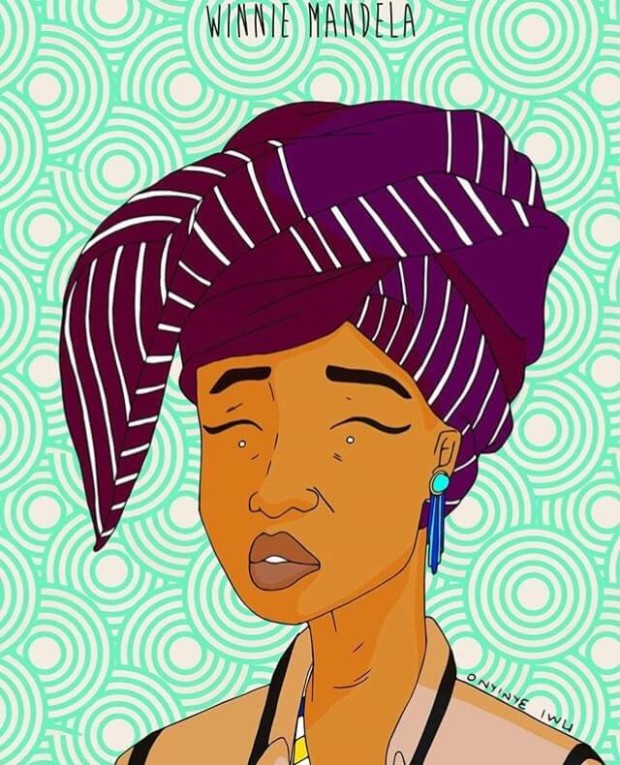 If we had known you
In a time of peace
We would have loved
Your peacefulness
Your quiet so deep
It did not hear
The call
To fight.

We missed our chance.

In a time of war
We love your ferocity.

We love your beauty.
We love your style.
We love your hats,
Scarves
And various lengths
Of hair.
We love the passion
In your body.
The fury in your eyes.
When you smile
We are amazed.

We love your loyalty
To Nelson
The  beautiful.
Your attention to
The children
And the voluptuousness
Of the countryside
Which will be ours
Again.
We love your memory
Of details.
We love that you do not intend
To forget.

Winnie Mandela, “Lucy,”
We love you

For helping us recognize
The eternity you’ve been with us before.

Winnie Mandela, Sister,
We love you.

Yours is the contemporary face
Of the mother
Of the human race.

From Her Blue Body Everything We Know: Earthling Poems 1965-1990 Complete, Harcourt Brace publishers; by Alice Walker.

The anti-apartheid activist has been depicted in films several times. Including by Jennifer Hudson in the 2011 biopic, Winnie Mandela. More recently, director Pascale Lamche created Winnie, an award-winning Sundance documentary, in which Madikizela-Mandela narrates the chilling brutality of the apartheid government. The lauded doccie is available on Netflix.

Thenjiwe Niki Nkosi is a Joburg-based multi-form artist. Her Heroes series unpacks what and who forms our ideas of who we consider a hero. And features imagery to immortalise people like Betty Shabazz (wife of Malcolm X), Mido Macia ( the Mozambican immigrant ad taxi driver shot by South African police in 2013), Bessie Head and Anene Booysen among others. 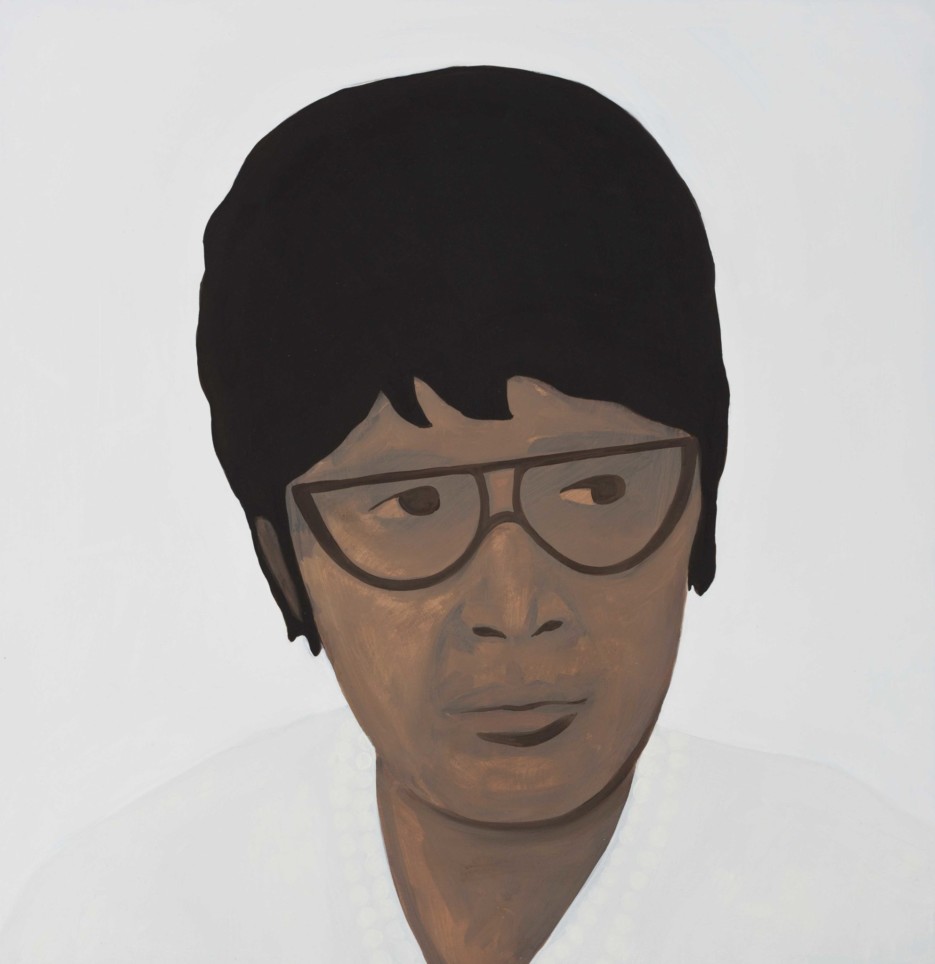 Mother (After Winnie Mandela) 2013. Oil on canvas. 50 x 50cm. Activist, politician and former partner of Nelson Mandela. Sometimes referred to as ‘Mother of the Nation’

Madikizela-Mandela moved effortlessly from gracefully embellished gowns to casually co-ordinated separates, using her wildly diverse outfits as some sort of real-time commentary on the world around her. And South African rapper, VJ and TV personality Nomuzi Moozlie Mabena paid homage to that as she captured the essence of Mama Winnie’s style in a Brenda Fassie and Winnie Mandela-inspired editorial. 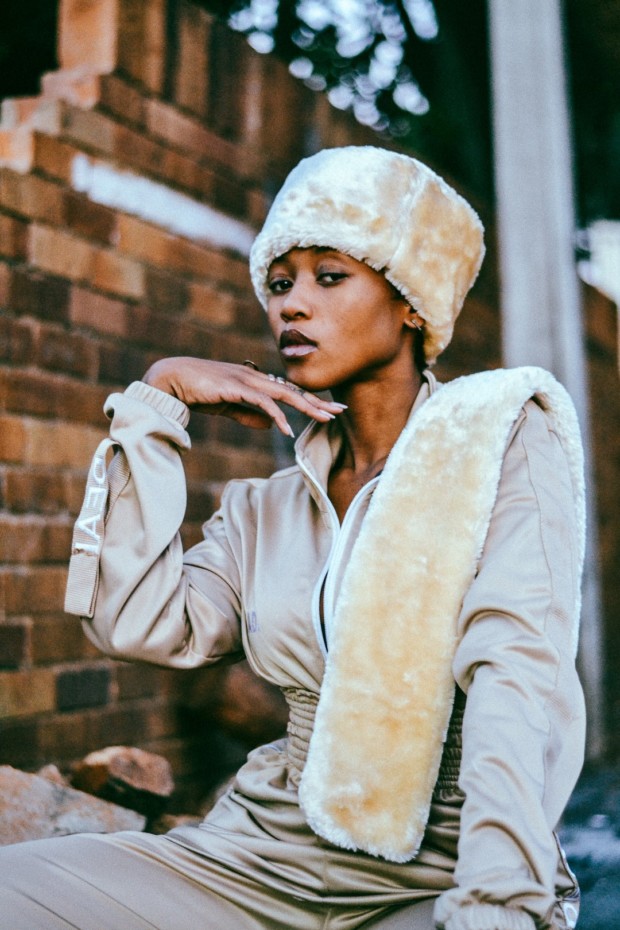 The Cry of Winnie Mandela by academic and writer Professor Njabulo Ndebele was hailed by Nadine Gordimer as a work of “extraordinary originality [and] imaginative power”. Prof Ndebele weaves fiction and reality in an attempt to humanise and tease apart the bitter realities of the apartheid system as they happen. The book is centred around the agency of four women who are tied together under the banner of “waiting” for their husbands who are away for various reasons including political imprisonment, infidelity or migrant labour through imagined conversations with Madikizela-Mandela. 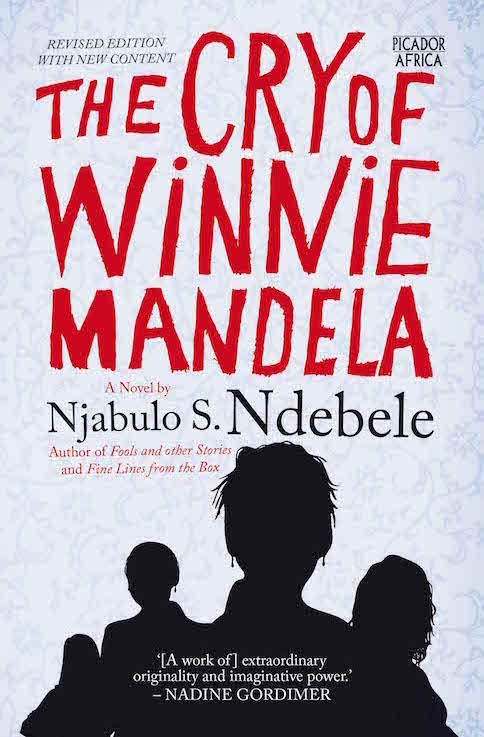