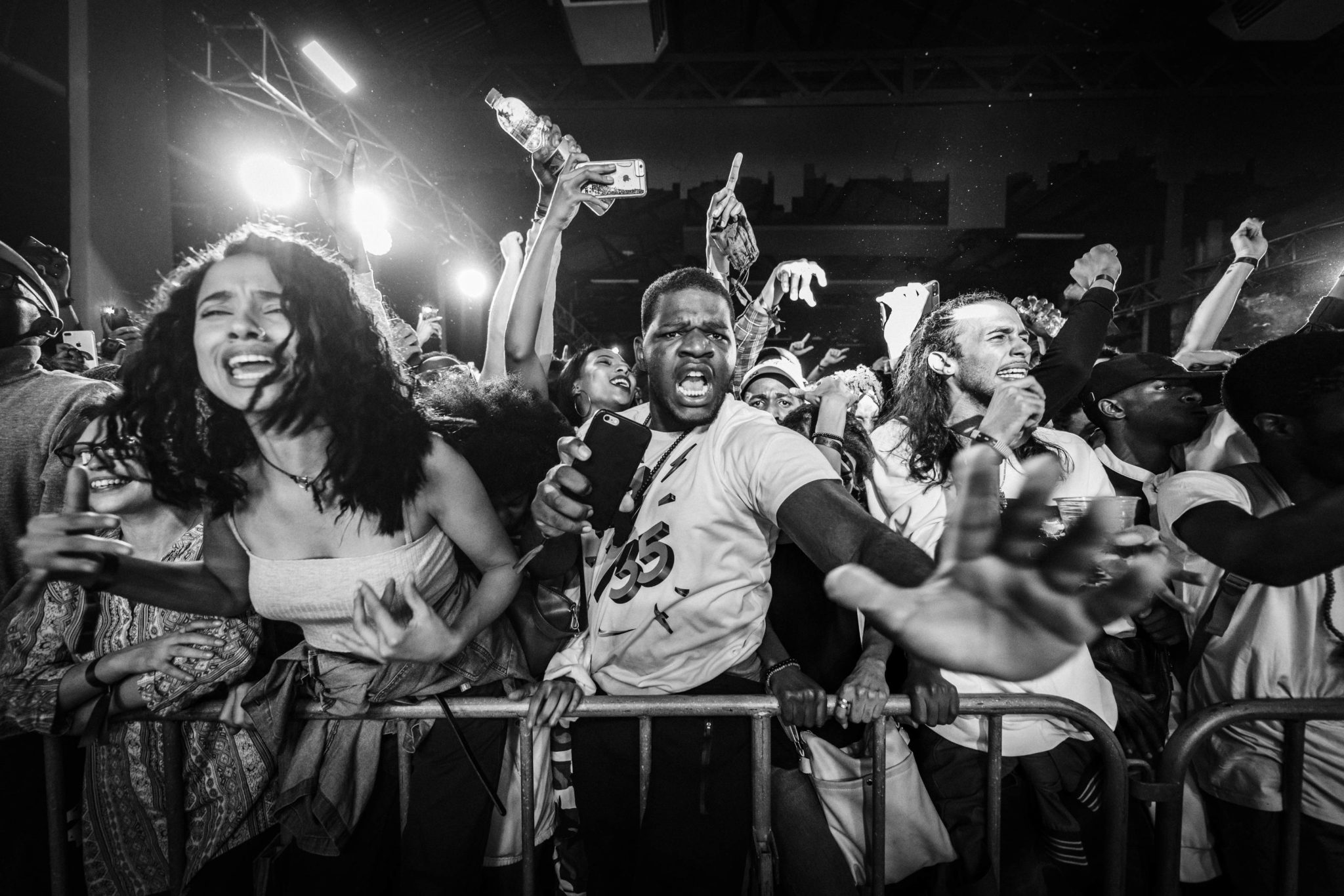 Posted at 12:46h in Music by Jordan Coetsee
0 Likes

A couple weeks ago Red Bull out of the blue and casually announced that UK grime sensation Skepta would be headlining the annual and massive Red Bull Festival in Joburg. The show — which happened over the weekend at Fox Junction — was for many, the conclusion of the week-long music festival that included a gargantuan music line up featuring Rouge, Sho Madjozi and Sjava, and more.

Taking place across the city, the festival managed to match the right crowds and the right artists to different venues, but would it be able to combine all of the difference in energies into one venue like Fox? On entrance, you could spot three different floors; mainstage with its large dancefloor, which featured the main acts of the night; Goodluck bar, the slightly more chilled floor where you would hear experimental music and techno, and then an outside DJ booth playing the miscellaneous trap, hip hop and grime. That being said, I knew exactly where I’d spend most of my time during that night: Mainstage for Skepta.

Just to give you some background: award-winning Skepta is arguably one of the biggest grime rappers to ever exist. Him and his crew BBK, or Boy Better Know, have been in the spotlight for years, headlining festivals across the world, I mean, the guy is so popular that he was even crowned a chief in Nigeria.

Acts on the night included Shekinah, Kid Fonque and Langa Mavuso. Arriving pretty late, the first act I saw was 340million, aka 340ml, a group of musicians blasting out some nostalgic reggae and dub beats. I say nostalgic because the people I was with commented on how they were “the band of their youth”. I had never heard of the band and seemed like neither did the crowd.

Filling my belly with spring rolls and R20 Heineken (seriously impressed), the hype around Skepta’s performance built up throughout the night. I don’t remember what his first track was but I do remember being overtaken by a vicious grime spirit, which possessed me and half of the crowd as we moshed harder than a teenager at 2008 death metal concert.

People went from anxiously standing side by side like tinned sardines, to tearing off t-shirts and crowd surfing. I mean, in the space of 15 seconds, I moved from mid-crowd to the front of the stage without walking.

After about 40 minutes of thrashing around and having the time of my life, I took a break. This concert was too lit and I wasn’t prepared enough. I walked back out to media to have a little sit-down and contemplate what I had just experienced.

“Have you ever been in Johannesburg when it’s been shut down?” Bellowed Skepta’s voice.

Shit! No time to sit down and moan about sore calves. I grabbed a pastry and jumped back into the sea of sweat, tears and grime.

Look, I despise fomo and hate it when people tell me that I missed out on this “amaaazing experience”. But in this case, I’m going to have to be one of those people and say that if you weren’t at Fox Junction on Saturday the seventh of April, you missed out.

All images courtesy of Red Bull