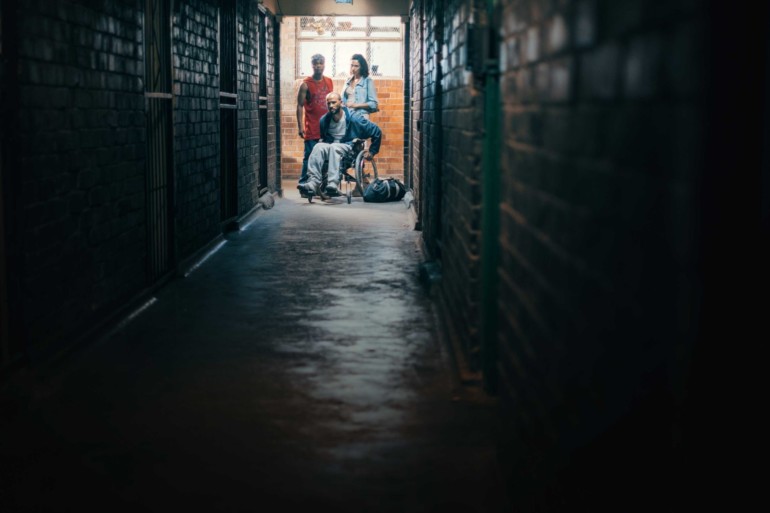 Posted at 10:38h in film by Owethu Makhathini
0 Likes

Nosipho Dumisa is a KwaZulu-Natal born and raised film, television and commercials director, producer, and writer, best known for directing her SAFTA award-winning short film, Nommer 37 (2014), which was recently turned into a feature of the same name.

Based in Cape Town, where Nosipho moved to study film at AFDA at the age of 17, the filmmaker talks to us about Nommer 37 going international and how she — a Zulu woman from Durban — created an award-winning Afrikaans film.

Nommer 37 is set in a fictional Cape Flats area, what’s the film about?
It’s an crime thriller that tightens the screws of tension with every minute. It’s about all that can go wrong to a couple when ambition, curiosity, greed, fear and horrifically bad decision-making collide.

What was your aim when making this film?
This is such a visual film that dialogue can become secondary. My hope is that this film will be seen by audiences around the world because the story is so universal and relatable, whilst giving us a peek into a world that’s familiar to some but unknown by most — even those who live right next to the Cape Flats — through the lens of a voyeur. By the time the audience walks out of the cinema, they will have been thoroughly entertained, surprised and quite possibly (though questionable) looking to buy a pair of binoculars.

Why make this film in Afrikaans?
The film was originally written in English but the more we (my creative partners at Gambit Films and I) worked on it, the more we knew that English was the wrong choice – the subculture portrayed is predominantly Afrikaans speaking and somethings just can’t be translated properly to English. Even the Afrikaans used is unique to this particular area of Cape Town. I wanted authenticity above all.

What challenges did you face when choosing Afrikaans as the primary language?
What you need to understand is that I am actually Zulu and as you may know, the Afrikaans language can carry some negative connotations for my people due to historical oppression. This was not a simple decision for me, however authenticity was vital. One of the things I’ve worked on over the last few years is attempting to break cultural and language barriers — especially in film and TV. When, by chance, I found myself working on a lot of Afrikaans programming in the earlier part of my career, I was somewhat thrown. I had to overcome some of my own prejudices because when we choose to give something so much power as to cut ourselves off from it, we lose the opportunity to learn from one another and to discover the things that actually bring us together.

Check out the trailer.