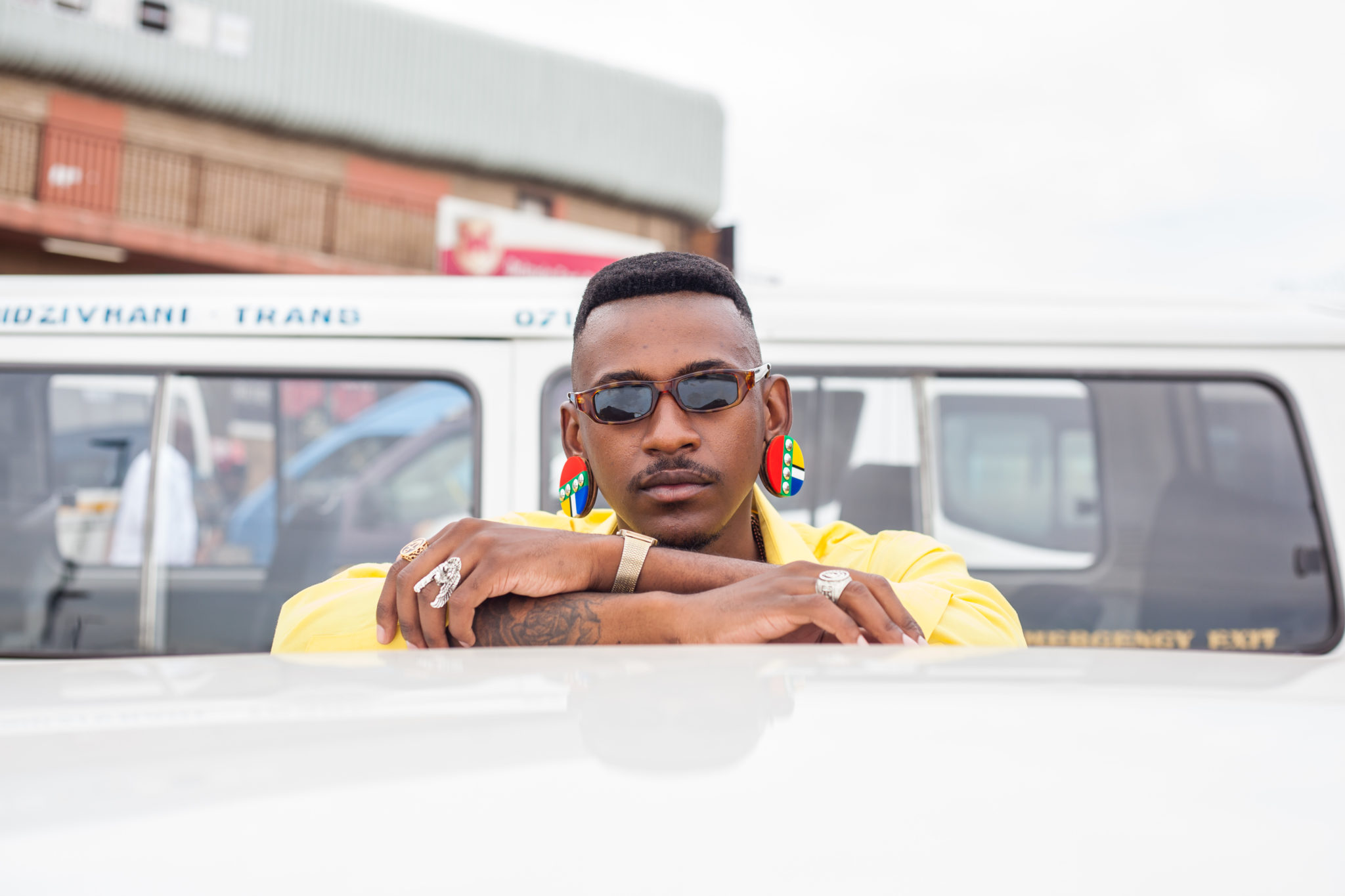 Rapper Nkabi has teamed up with photographer Tshepo Rancho on a new photo series, which illustrates everything Nkabi draws influence from.

The images taken by the Joburg photographer depict the musician’s many influences and impeccable style, and are foreground before a number of different locations: from a taxi rank to a field with grazing cows.  “This project is an ongoing collaboration between me and Nkabi. We share the same interest in creating an artistic contrast between different concepts to tell our stories,” says Tshepo.

Nkabi, born Bafana Mthembu, describes his music as an exploration of everyday stories, about love, loss and more. Exploring the intersections of being young and having multiple influences — his traditional Zulu heritage, the streets of Soweto and downtown Jozi, he says, “I am a hustler’s dream, proud of my roots and a boy who just wants to make people dance and feel good with my music, and charm.”

iNkabi means “hitman” in isiZulu, but for Bafana it also stands for “Noord Kings and Bree Icons” — two major ranks in Joburg, and spaces that the musician draws creativity from. “Nkabi draws all his inspiration from Jozi’s infamous taxi ranks, Bree and Noord, and the pride of the taxi drivers and their respect for their passengers.”

Speaking on Nkabi’s style in the visual series, Tshepo says, “His dress sense captures the Zulu man in cloth. [His style] is refined and lends both traditionally bold colours with a subtle influence of modern men’s wear. It is daring, proud and creative.”

His fashion pays homage to Zulu culture, and he tries to carry that through in his music. Tshepo is a fan of Nkabi’s music, saying, “His sound hopes to capture that same raw skill, preserve as much of it while making sense and speaking to the language, the people and spirit of today. He makes feel good music.”