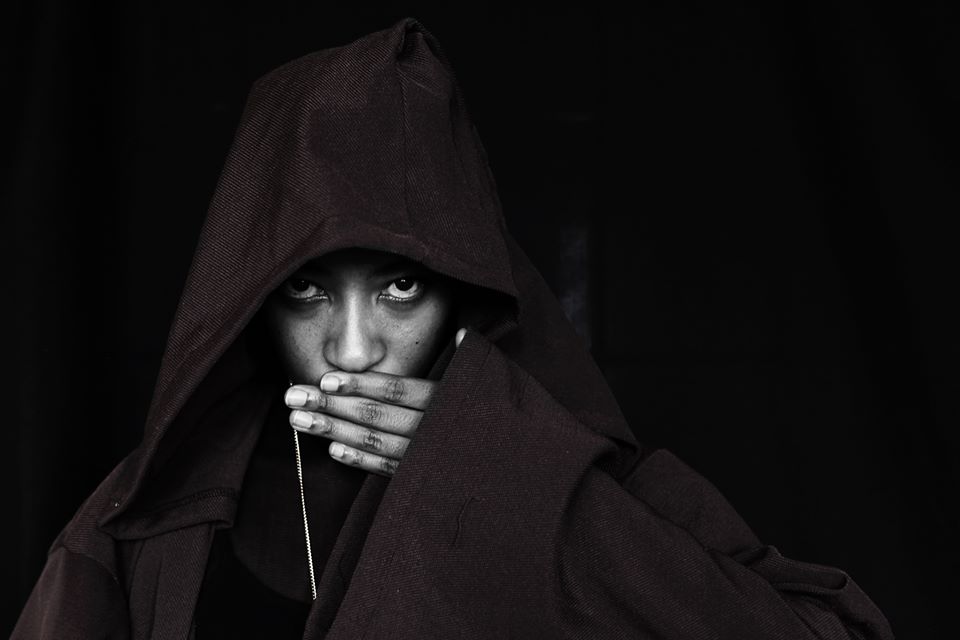 Posted at 09:27h in Music by Owethu Makhathini
0 Likes

When we first chatted to Yugen Blakrok last year, the Eastern Cape-born emcee spoke of elevating the underground scene and flying the South African flag high. With her flow, accolades and feature on Opps, from the soundtrack for the film Black Panther alongside hip-hop heavyweights Vince Staples and Kendrick Lamar, we can see that she is not only infinitely talented but also a woman of her word.

She’s previously been three nominations at the 2014 South African Hip Hop Awards, including best lyricist and we can’t wait to see whats next! We chat to her.

Tell us the idea and the need for an emcee like yours in SA right now?
Representation. There’s more to rap culture than bright colours and mumbling kids.

Describe your creative process?
I like to scribble a line down, an idea or concept and build it up into a verse or sometimes a full track. I either write lyrics to a beat or just write the whole song and Kanif will build/arrange the sound around my voice.

Tell us a little about yourself and your professional journey till date?
I feel like I’m one of SA’s best-kept secrets. My debut album Return of the Astro-Goth received Best Female, Best Newcomer and Best Lyricist nominations in the 2014 SA HipHop Awards. I’ve featured on various international projects over the years, done three European tours and have been the support act for MC Lyte, Pete Rock & CL Smooth, Sage Francis and Jeru the Damaja. I also featured on the Black Panther soundtrack alongside Vince Staples and Kendrick Lamar.

Tell us a bit about your work featuring on the Black Panther soundtrack?
I feature on the song “Opps”, a high-energy, dark jungle sounding number. The most surreal moment was when Billboard, Vulture and publications all around the world decided that the best verse on that whole album was written by a South African.

How do you feel about the music industry in SA at the moment?
I’m optimistic and really inspired by the tenacity of South African artists in general, never mind the industry. I feel that artists are taking their power back and proving that they can get international recognition without having to follow outdated rules and formulas that keep an artist as a slave to the label/industry.

Do you find that your work is better received in SA or abroad?
I wouldn’t say my work is better received in Europe but I would say it’s more supportive in terms of selling my music. The US too. In general, the live music scene there is different from ours. I don’t think our current infrastructure supports artists, we still struggle much more than our counterparts in Europe in terms of the availability of live venues, platforms, competent promoters and a fan-base that’s willing to part with cash.

What made you peruse a career in music?
The more involved in hip hop I became growing up, the more I realized I didn’t want to dedicate my time and my life to anything else.

What are your goals as an emcee?
To join the ranks of legends I look up to and who have inspired me to run my race, regardless of the politricks within hip-hop culture. I want to inspire girls like me in the same way that I was inspired by the women who walked this path before me.

Are you looking to collaborate with any brands/people locally and internationally?
Been on that.

How do you get unstuck creatively?
I stop what I’m doing (writing et cetera) and I abandon it for a while. Focus my energy on other things then come back with a fresh mind/perspective. Other times, if I don’t have the luxury of putting work off, I like to ask for tips from artist friends.

What should we look out for next?
All my future plans are secret. Right now I’m working on my second album which will be released in the second half of this year. We’ll be playing in the UK for the first time this May and we have a bunch of record labels trying to get hold of this new shit. 2018 is looking like a tall glass of ayahuasca.