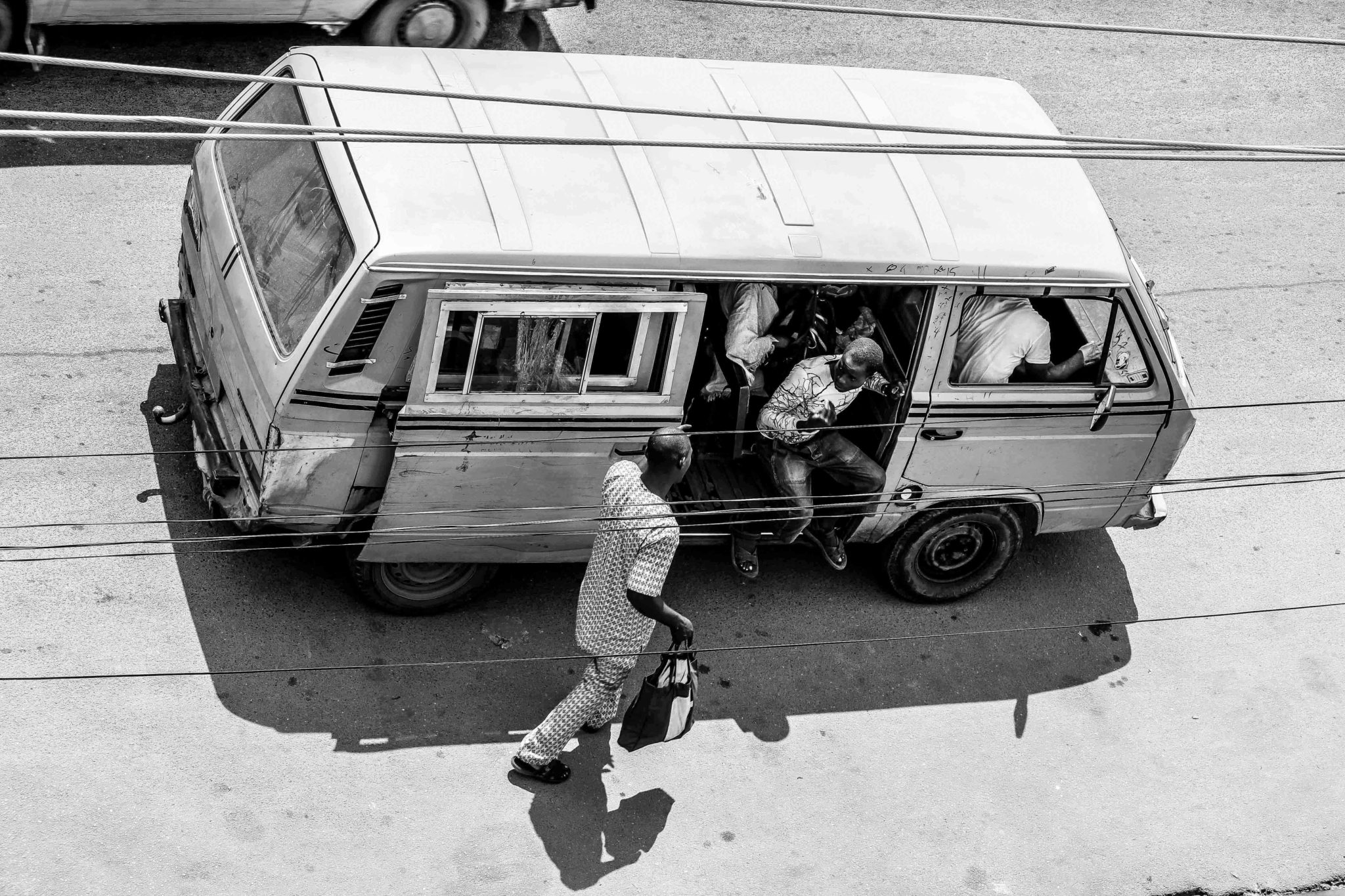 Posted at 10:32h in Photography by Alexia Roussos
0 Likes

Logo Oluwamuyiwa expresses his love affair with Lagos through photography. The artist mixes conceptual art and documentary style photography in order to document his city, and in doing so he looks at different perspectives which help to tell a different side of the story. Lagos lives and works in Lagos, and runs a platform called Monochrome Lagos.

What is Monochrome Lagos?
By visually asking, “If I strip Lagos of the color, what will I find?”, Monochrome Lagos presents an alternative visual vocabulary through which to comprehend this city — one that strips Lagos down to its component parts, as an encounter between the individual and the built environment. In a palette limited to black and white I play with contrast, line and architectural forms to frame the poetic juxtapositions of Lagosian relating to their city. The project muffles the sensorial tropes of Lagos, bringing to the fore the spaces wherein once can find solace within the city.

How does the platform function?
Monochrome Lagos is often showcased via virtual digital social media platforms. This serves as a living archive of the city and allows engagement with Lagosian that has embraced the tech revolution. The seriousness of the work on these temporal platforms encourages a conscious observation of viewers’ surroundings in a city where everything is constantly in a rush. The ultimate external objective of the project is to hone a paradigm shift in how the city is perceived and appreciated by a global audience.

Why did you start it? What does it mean to you?
At heart this is a love affair with Lagos as canvas and muse really. Lagos is an incredible place for many obvious reasons and it is to me, what New York is to Photographers like Gary Winnongrand, Diane Arbus Robert Frank, Joel Meyerowitz and all the famously romanticised cities even.

When did you start this work?
I started the project in 2013 with an intent to learn photography especially BW photography through the city and ultimately to create some sort of useful archive or body of work through the process. Like a pseudo art school turn portfolio etc. It means a lot to me because in an interesting twist of fate it has gone from an initial hobby into full self-imposed job and like many before me, I have assumed the role of an observer of this great melting pot of human activities, the most populated African city famous for her manic ability to go from an embarrassing zero to an impressive hundred in all its aesthetics, experiencing that and documenting it is a privilege.

What is the photobook?
The captions on my images are often poetic ruminations about different ideas and themes that the images might provoke and this is an important feature of the project to explore a dialogue between word and image. The photobook is meant to initiate a digital conversation around that. The photography becomes tangent point to fascinate and inspire the audience whom in turn sends in all forms of literature as inspired by the city through the photos and the marriage of these two content becomes the “book” that in turn serves as a window to understanding and appreciating our collective consciousness, to find the intersections of coherence, reflections ( sober or not), quiet and solitude amidst the cinema and bustle that our beloved city is LAGOS by democratizing the process to wholeheartedly be for the people and by the people.

Why did you think it was important to make something like this available for free on the internet?
I learn/learnt a lot from the free knowledge available online to develop the day to day ideas of the project and I thought it would be apt to also leverage heavily and freely on that digital reach which can easily make this conversation accessible to a wider readership without compromising integrity (that it’s only for a selected audience) while still curating the passionate and substance.