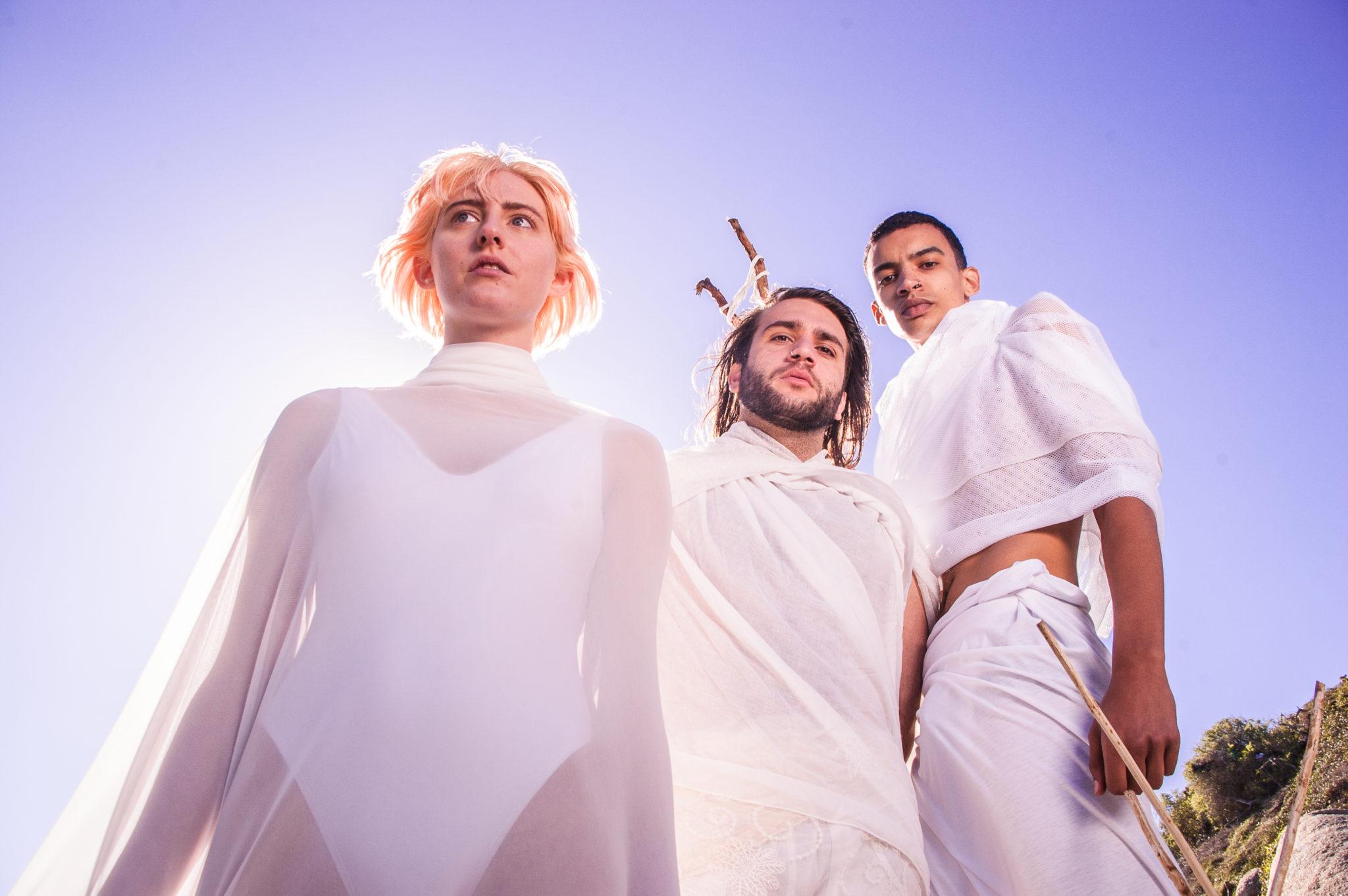 In collaboration with Cape Town Producer Tzara, experimental pop duo, Three Witches, will be releasing their On The Beach At Night Together EP. This exciting project has been in the works for the last two years and is finally ready to be shared.

“On the Beach at Night Together is about wanting to emotionally log off in a sea of connectivity and reaching the conclusion that the answer is not isolation, but rather sticking with your inner authenticity and having the courage to be yourself and display your quirks, desires and anxieties in all their glory. A melancholic goodbye to the child and initiation into self-fulfillment,” according to the trio, who have also released fresh images photographed by Courtney Haas.

After meeting through mutual friends in 2016, Three Witches — an experimental pop duo that was founded in 2015 in Cape Town — and producer Tzara decided to collaborate on this EP after going through a period of intense change as they entered their early twenties.

“It was instantly clear that we were musically and aspirationally linked, and we immediately got working on music together.”

Johnny Coutsoudis and Ciaran Slemon are the artists behind Three Witches, a band that brings electronic beats, dreamy vocals and poetic themes together. Gorillaz, Underworld and Moderat are just some of the artists that inspire this South African duo.

While Tzara’s style is a blend of electronica, glitch hop and dark dream pop. She is also a co-founder of Stone Soup, a collective helping to get young producers out of the bedroom and into the public eye.

Over a period of two years the group would meet up to work on the EP, with the process becoming a very cathartic one as they used music to explore their emotions. Their aim is to use music to help others work through the struggles of adolescence and coming-of-age issues.