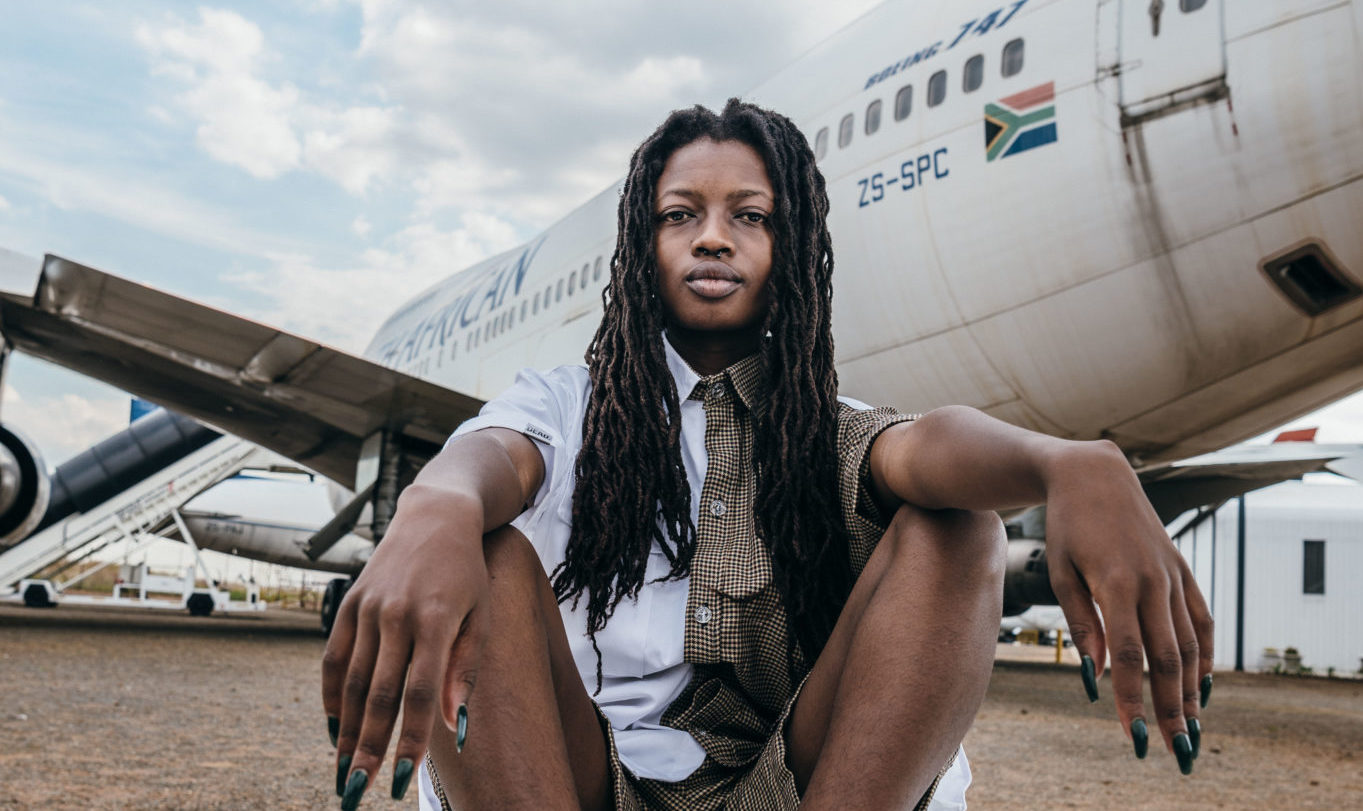 11 May Who is DEAD? Meet the mind behind South Africa’s necessary fashion label

Posted at 09:12h in Fashion by Siyabonga-André Dennis
0 Likes

B**gy is an outsider. Outsiders, intentionally or not, exist as a commentary of whatever society or community they find themselves outside of.

DEAD. is outside of the industry but embodies a specific force that the South African traditional fashion industry longs to present, namely relevance. A collection titled vol.ii — released earlier this year — features Nkulsey, described by art duo FAKA as part of a group of upcoming legendary children, who redefine what South Africa is.

B**gy only works with the same two photographers, Anthony Bila and Imraan Christian, two photographers who are part of a creative scene shaping the visual representation of young creative South Africa. On top of this, all his clothes are gender neutral, playing with stereotypes of what South Africans should wear. B**gy has never shown at any of the myriad fashion weeks and has no plans to ever show at one. There are fashion companies and brands who have existed forever but don’t have an online store or any adequate social media presence.

B**gy’s business practice encompasses everything, pop-up stores and conceptual spaces are part of the brands arsenal and on top that, there has been runs of ice-cream, bottled water, shoes, denim ranges, card holders, tactical combat vests and the list goes on. It’s all made by B**gy and the only collaborations have been with brands who share a certain synergy with DEAD.

Death binds us all together. It’s an inescapable part of life, it’s the inversion of life but also it’s closest companion. Trees die and in turn become the soil that create new trees. The ultimate connection in the universe. The golden tie that binds us all.

DEAD. by B**gy is this power made material. MISUNDERSTOOD is B**gy’s latest collection. Again, another shared connection by us all, who has never felt misunderstood in their lives? In one sense the items represent a literal manifestation of this, multiple prints clashing with the clean lines of understanding. However, in his view, this purity is a facade of fakeness. “The blank side, the pure whiteness is the you that you hide behind to be understood by everyone.”

The lookbook embodies a youthful feeling of disenchantment, heightened by the choice of backdrop, a scrapyard of old disused and torn apart South African Airways planes. A disturbed musing on the current state of South Africa long nurtured by the young, black and powerful. The brand’s Twitter account is awash with young South Africans eagerly interacting with the brand, seeing themselves in the vision that B**gy has presented.It’s strange because this collection also works off the dualism between the innocence and the complex and so to his persona he seeks anonymity but still finds himself, slightly unwillingly at the forefront of many conversations.

A sartorial psychological examination of external and internal confrontation. It’s clear that he is energised by this, small fragments of larger conflicts with people around him. He recounts the frustration of having to explain his life and choices to his parents.

“Why misunderstood? When I was actually making it I would get into a lot of arguments with my parents. They couldn’t understand, why they would have to explain themselves to me, cause I’m their kid? ‘I’m only asking questions to understand your logic more. Not to downplay what you’re saying but to understand everything.’ It got to the point where I realised that this is something that a lot of people hate and I hate it. I’m a very misunderstood person and it doesn’t really matter. Basically, just trying to teach people that you shouldn’t try to be understood by everyone but if you strive to understand yourself, then there is a bigger meaning in what you do and you won’t get lost.”

At the same time though, he recounts that this is his least personal collection. “I’m trying to challenge myself, it’s the least personable but the most complex. The catch is, I don’t really like complex stuff I’m a very simple guy. There’s an attention to detail but it’s very very simple. I’m trying to challenge myself by being outside of myself”.

Which is curious, given the very loud emotions screaming throughout his work. MISUNDERSTOOD adds more layers to this. “There’s two different fabrics. The first look is a baby, you’re in your purest form. Everyone likes you, everyone can understand you. The second form is a teenager, that is why there are split fabrics, the blank side is the you you hide behind to be understood by everyone. The second side with the prints, is the you that everyone accesses but doesn’t understand. The coming together is you. Two sides to every human being.The culmination of the lookbook, which if you look close enough, is you finally understanding yourself, whatever you put forward you don’t necessarily give a fuck about because you don’t care because you know who you are. It doesn’t matter whether anyone else understands.”

For someone who cultivates a ronin-like existence, DEAD. by B**gy is a deeply intimate piece of work. It speaks to a youthful feeling of exploration and in many ways we’re discovering and working out parts of B**gy with the designer.