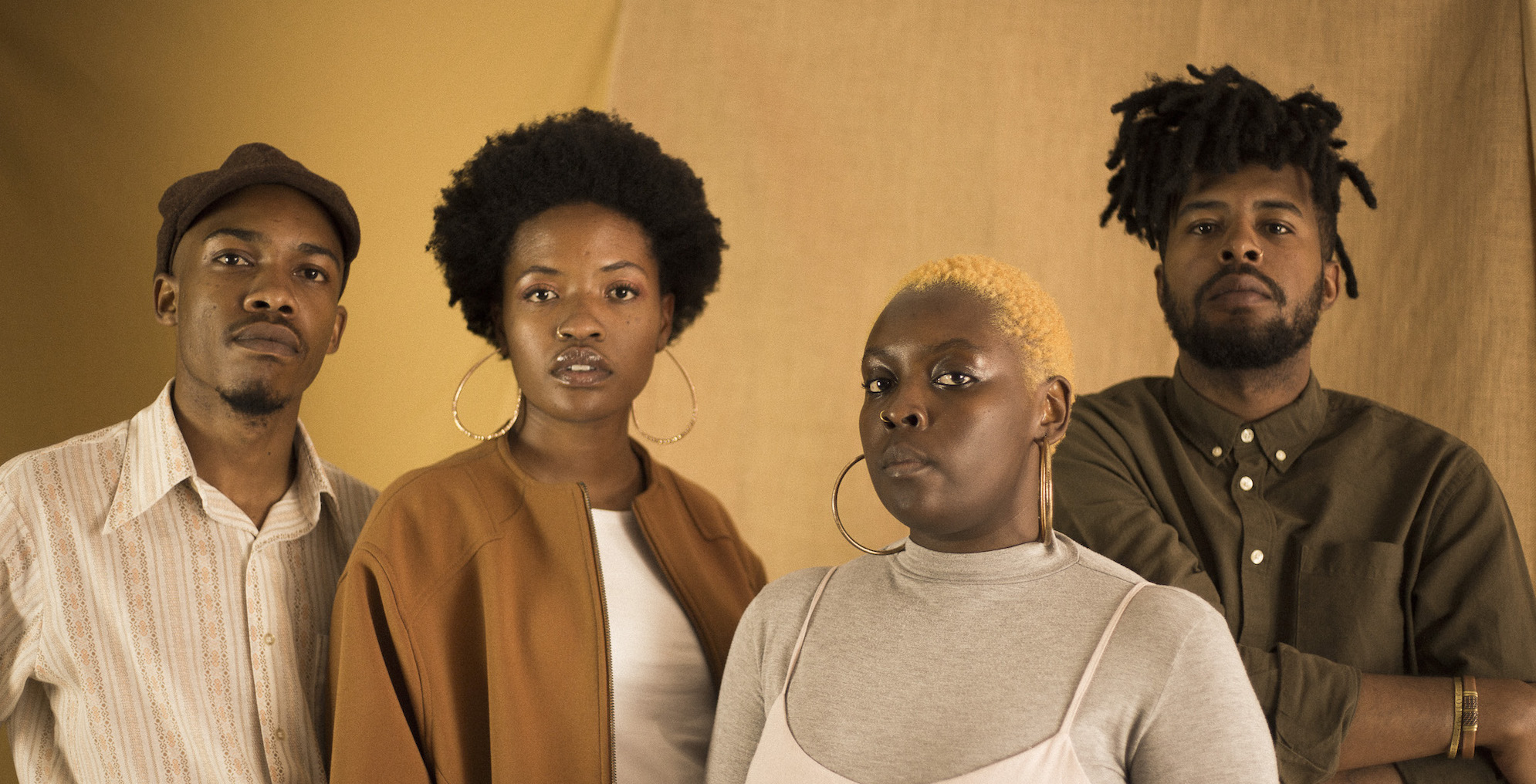 As gatherings such as the iconic Dak’art Biennale in Senegal or the more nascent and local Nirox Sculpture Fair fills our social and “artsy” calendar, this month’s issue foregrounds creative agents making timeous and necessary work that occupies our mind and inspiration-receptors.

To celebrate some of many the artist whose works arrest us, London creative Mahaneela aka Foxy Neela, who recently visited South Africa, photographs four Joburg-based visionaries for our latest Artist Issue: Rendani Nemakhavhani, Lunga Ntila, Ferrari Sheppard and Nkhensani Mkhari.

From a conceptual photographer and film creator to an abstract painter, these creatives are individuals who immerse themselves fully in their processes; experimenting with mediums and subject matter, and collaborating with other creatives. Despite all being at different stages of their artistic journeys and careers, these artists are unified by their unique vision and ability to bring that to life.

We spotlight the people behind the art we get lost in; those who create new or reflective environments for us to engage.

Rendani Nemakhavhani is inspired by the people and communities that surround her. Born and raised in Johannesburg, she seeks out authentic narratives about the people of South Africa, using her work to reflect on these truths and experiences through illustration, collaboration, writing, film and photography. Rendani has exhibited both illustration and photographic work, and she has lectured design and illustration.

Famed for her work in the conceptual visual series The Honey, with photographer Kgomotso Neto, which tells the story of a woman navigating life, conveying her daily experiences and the things she’s thinking about. “The Honey in particular is about personal growth as well as growing as a person who creates cool shit with a purpose. And for me that’s become really important, to create with an intention of sorts,” she tells us.

Rendani is currently working on adding to her already impressive skill set by learning how to make films. She hopes to continue experimenting with a variety of media and to continue developing the narrative of The Honey, and other South African stories. In the long term, she hopes to release The Honey feature film and to become a breath of fresh air in South African cinema.

Recently based in South Africa, Ferrari Sheppard is a multidisciplinary artist who works in the fields of painting, writing, photography and music production. Ferrari — known globally for his journalism work under the moniker StopBeingFamous and online social criticism — was born in New York City, and later moved to Chicago where he pursued visual art and attended the School of the Art Institute of Chicago.

His painting style has ranged from abstract to figurative realism, but in recent years he has been creating primarily abstract work. In March, his work joined that of Jeff Koons and Jean-Michel Basquiat in the Yusaka Maezawa collection in Tokyo, Japan.

Lunga Ntila is an artist in love with storytelling. She believes in using her art to create narratives which resonate with her audience, and which help to create a deeper understanding and connection between us, breaking down barriers and allowing us to experience similarities that we might otherwise not have been open to.

Drawing inspiration from everyday life — language, movement and sound, as well as from visual cues such as colours and textures — Lunga uses these inspirations to create a surrealist world.

Lunga is interested in exploring the various avenues of visual storytelling; from art directing to video work, and uses herself as her main subject. In a collage with a classical painting or in a surrealist reimagining of the world, she is her own primary subject. “My feminism looks like freedom; it is opinionated and unapologetic,” says the artist. Lunga’s work challenges traditional concepts of beauty, both in terms of contemporary standards and historically. And challenges both modern-day patriarchy and historical notions of value and worth.

Working in the fields of film photography, sculptural art, music and experimental film making, this artist is self-taught in all of these fields except for film making, which he studied through Open Window.

Nkhensani’s pensive art — through analogue photography and collaborations with the likes of creatives such as Bambatha Jones — looks at themes of metaphysics, love, royalty, the space between distance and time, immortality and the streets.  In 2017, he released an EP titled 23 exclusively on vinyl, and a limited edition print photobook called Grain: Volume 1. Nkhensani describes the projects, “I wanted to amalgamate the human journey through life and dreams, to create a bridge between the physical and metaphysical, taking abstract concepts and presenting them concretely…I wanted to charge the projects with a mythological energy.”

Mahaneela is a 24-year-old creative from London. Her work takes its form through her photography, writing and more recently, film.