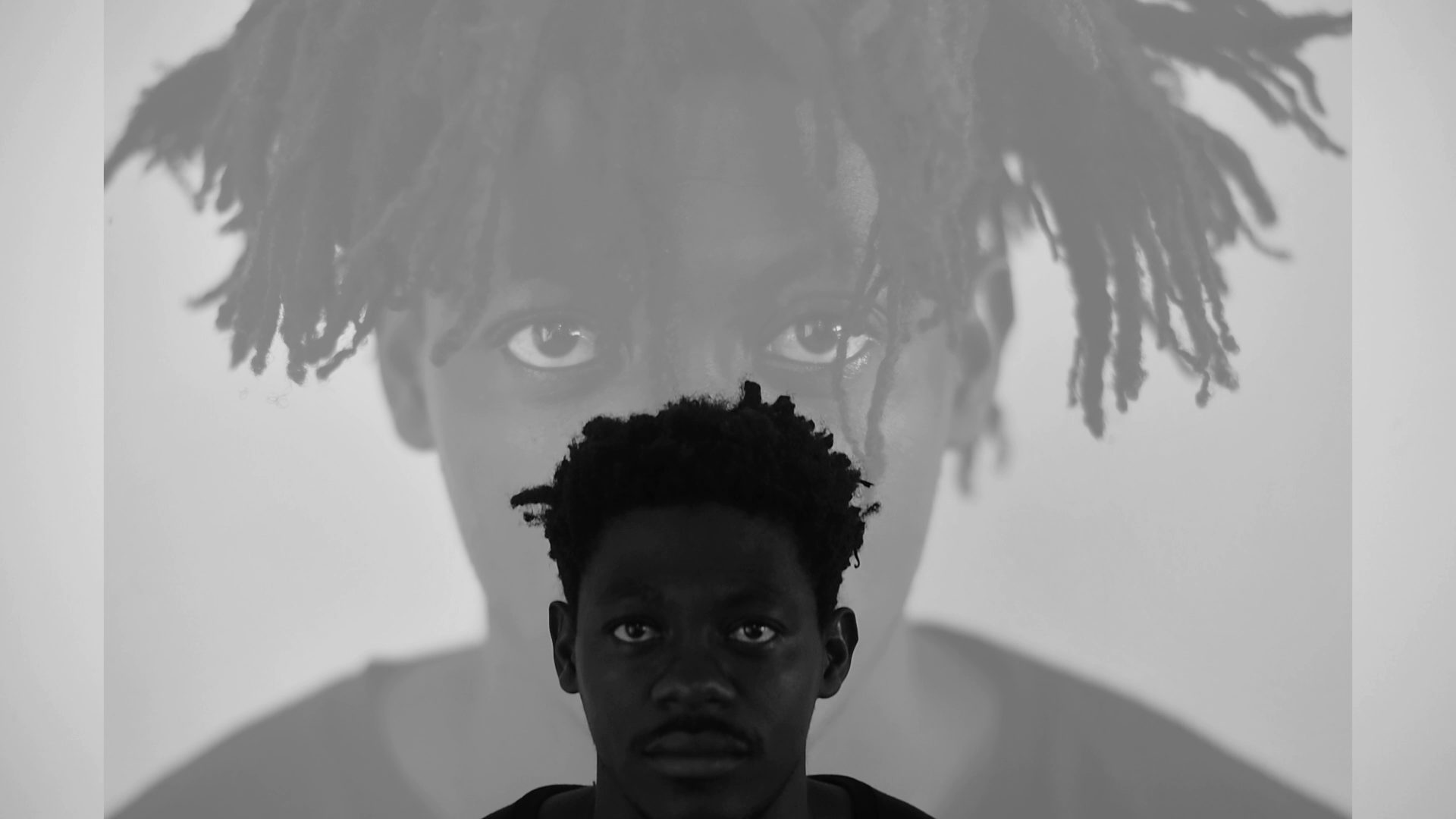 Ghanaian artist Sel Kofiga uses his latest body of work, Drowning on February 3rd, to illustrate the emotional struggle that comes with loss.

The photography and video art project presents a synthesis of a personal and intimate journey of finding oneself amidst uncertainty and societal constraints. Through a series of multiple exposure monochrome photographs, he examines the ego defense mechanism of repression in the context of rapid change in his life.

The distorted and shadowy figures evoke a mosaic like lens that colors his psyche as he attempts navigating intangible yet impactful experiences. The photographs were lifted from the accompanying video art project where he shaves of year old dreadlocks, a physical change to catalog his shifting mental state.

“Having experienced continuous disturbing events and hostility involving intense fear, rejection and helplessness for a couple of years, the character re-imagines a new reality, avoiding reminders, thoughts or people associated with the trauma, flashbacks and voices which reflect/bring up such experiences,” Sel says in his artist statement.

The project on its own brings Sel to a new level of expression as he had been previously working in fine art. However with Drowning On February 3rd, he leans towards digital rendering of his emotions by stitching photography and video art with performance to create a well layered and textured reality.

Indeed, by relying on digital tools, the artist is able to portray the aspects of his psyche that to some may be intangible and therefore might not exist in some real world. Yet the trauma is extremely vivid and very much an animated character in his mental health. These same digital tools allow him the luxury of dreaming up new routes to healing that many not conform to the rigid rules of our physical world.

With Drowning On February 3rd, the artist presents his triumph in his quest for mental healing, having found the power to wrestle the tide and float.