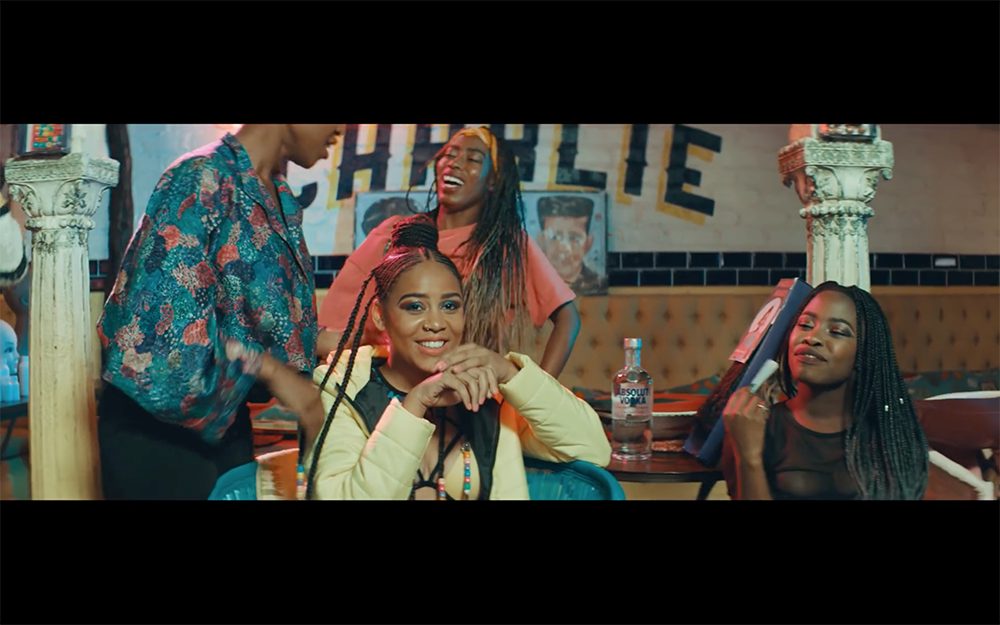 Musician Sho Madjozi is on the up and up, building from the success from her first hit single Dumi Hi Phone with high-power features such as DJ Maphorisa’s Probleme. She recently landed a feature in Fader magazine with visuals by Justice Mukheli.  Her latest single, Huku, is a dance floor banger with an equally dope music video directed by Garth Von Glehn.

The single is about a boy who can’t show his feelings for Sho, and the visuals show the two of them dancing circles around each other, each surrounded by a group of friends who don’t make it much easier. The video is highly saturated and visually beautiful, showing scenes of the friends hanging out in hair salons and at a party — some of which were shot at Sho’s birthday party last month.