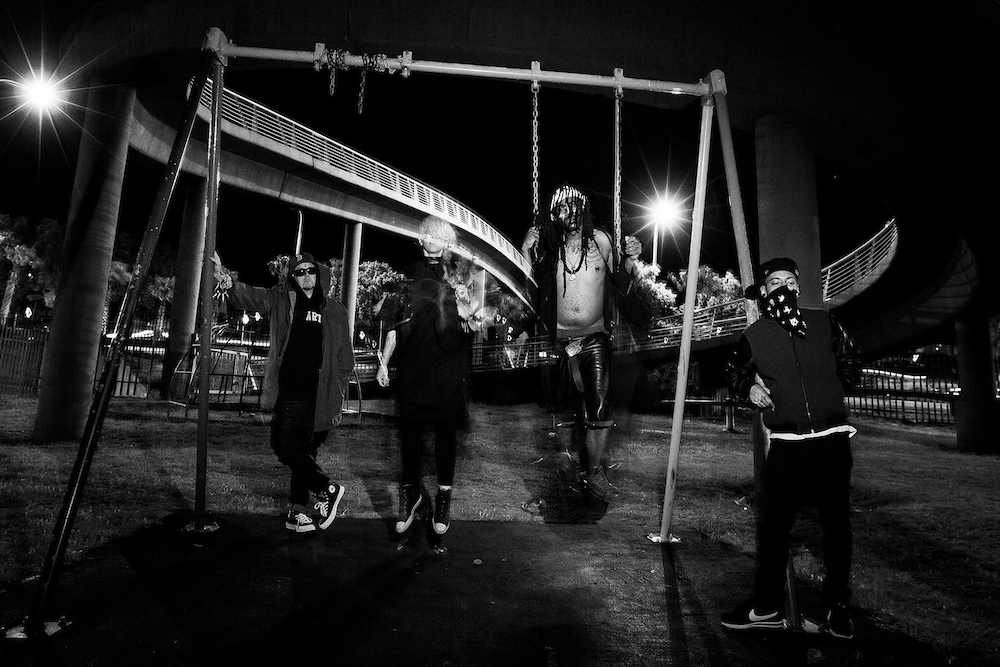 Dookoom is a cape-town based collective that is hard to pin a genre to. Their music could be called rap, afro punk, industrial hip hop, grimy trap-hop or even ‘vile gangsta shit’, but none of that quite encapsulates the band’s sound. Dookoom has become infamous for its political messages and harsh languages, and their new album promises to deliver more of the same, but in a manner more suited to the current climate.

Their latest album, Raffik, is a more introspective project than previous works. In a statement about the album, the band said: “Instead of a rabid attack dog, the listener is now presented with a more refined beast. The fangs are still there but there is a certain sleekness to this latest incarnation. The political climate has changed. In the time of Donald Trump, DOOKOOM are intent on breaking down walls. Where before, if you didn’t like what they had to say, you were made to feel like the enemy, DOOKOOM are now reaching out, aware of the need to bring people together rather than polarise and divide. “
Dookoom still sees itself as the voice of the outsider, the underdog, and the unseen, but they have chosen to focus on uniting people rather than alienating them.

“Raffik” is “kaffir” backwards – a word which originally meant non-believer or infidel, but which was co-opted as a racist term towards black people in South Africa. By naming their album Raffia, Dookoom is making it the opposite: ‘the accepted’ and ‘believer’.

The first video single, Gangstaz, looks not on the traditional crime-ridden associations that people have with South Africa, but instead focuses on everyday South Africans doing their best to survive. The narrative is not about crime, corruption and violence, but a more positive and uplifting concept – this is about people doing their best to thrive in the face of adversity.