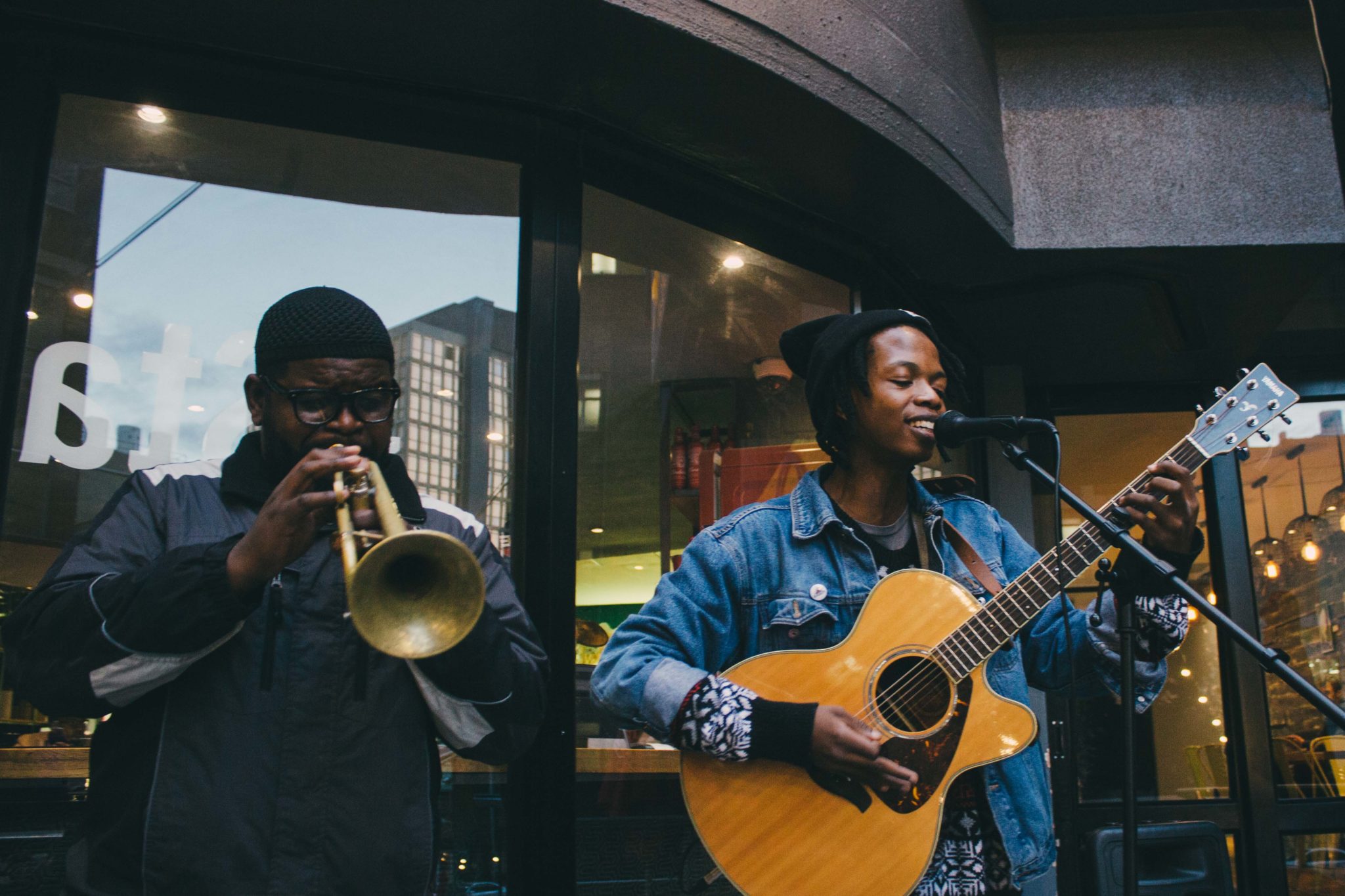 20 Jun Shima, the Joburg-based guitarist and vocalist making music to relax to

Shima, originally born in Cape Town,  is a vocalist and guitarist who has spent the last 7 years in artistic hubs such as Grahamstown and Observatory (Cape Town) before settling down in Joburg. Shima currently performs with David Moagi, a trumpet accompanist, under the name Shima and the Horn.

The artist is a skilled musician — his voice and lyrical style are easily identifiable, and his skills as a guitarist are equally as impressive. Shima’s music draws inspiration from a range of genres, including Blues, hip-hop and alternative rock. His music is relaxing and atmospheric, but interesting enough not to fade into the background.

The artist hold two degrees, a BA in Directing and Screenwriting and a BSc in Information systems. He hopes to work further on his music career, as well as developing his film making skills by continuing to work on his own music videos as well as other projects. See more about the artist on his Facebook, Instagram, Soundcloud and Youtube accounts.

Check out the video for Winter Baby below.