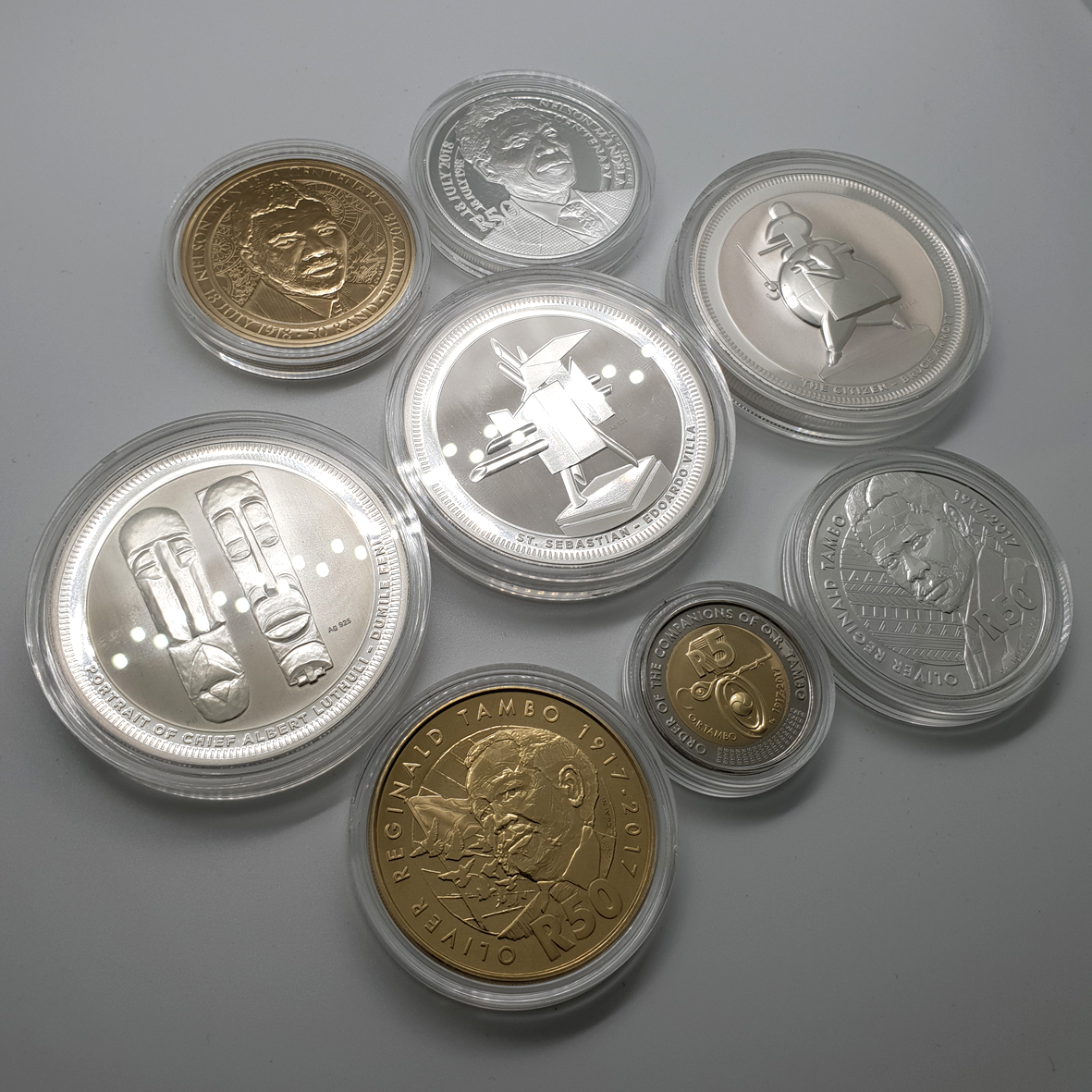 Sindiso Nyoni is an illustrator and graphic designer currently based in Joburg. The artist, born in Bulawayo, studied Graphic Design at the University of Johannesburg. Sindiso’s work is influenced by culture, music, film and history, and specifically by cultures different to his – Sindiso loves to travel, and is inspired by different cultures, researching about their origins and history, creating a narrative as a result of that research.

In 2017, the South African ministry of Finance began a project which, in collaboration with the South African Mint, developed a series of coin products which featured themes of freedom, democracy and culture. The first theme was the 100 year anniversary of OR Tambo, which Sindiso was commissioned to be a part of. The 2018 theme, which Sindiso was also commissioned for, looks at the passage of Nelson Mandela’s life.

Sindiso believes in using his art as a form of social activism: his art is, in his own words, “heavily influenced by protest poster art, stemming from liberation movements in Africa and the third world.” This has a strong effect on his aesthetic style. Sindiso’s culture and personal history play a significant role in his work and activism, and he often uses protest and dissent to communicate his messages.

Sindiso believes that he, and other artists, have a responsibility to use their work for good: “I feel that as creative practitioners we have a duty to contribute to our communities using art that addresses social issues, advocates awareness and change, which can ultimately open minds to act towards making a difference. Human beings are at the centre of my art & design and I’m on an ongoing search to use my skills to the human life better.”