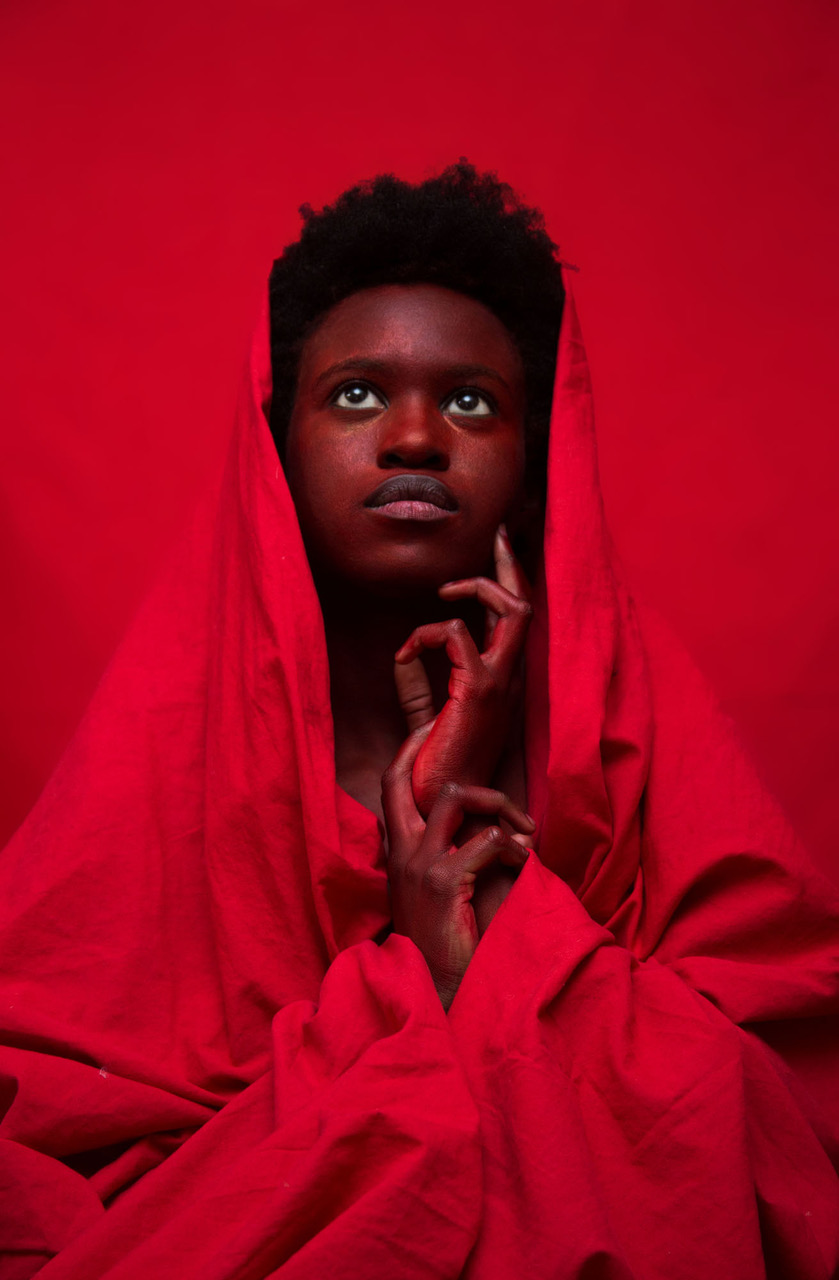 28 Jun RED WOMAN – Celebrating the connection between spirituality and femininity

In his latest photo series titles, RED WOMAN, Yannis Davy Guibinga explores the connection between femininity and spirituality, highlighting the role that women play in the preservation of tradition.

“Preserving and protecting our cultures, rituals and religions have been an important matter on the continent since colonial times and the introduction of westernization in African communities. Women in particular, have always been the ones at the forefront of cultural and spiritual preservation, as well as passing traditions down to the younger generations, as a way for the culture to move forward and remain.”

The RED WOMAN photo series that features Tania Fines, uses Catholic imagery to connect the the notion of spirituality and tradition. In the Ndembu culture, the color red is seen as as something ambivalent, capable of simultaneously representing either the positive or negative. Tina was painted with and surrounded by the color red to express this notion of ambivalence regarding rituals and traditions.

Yannis is a 23 years old photographer and visual artist who is based in Montréal, Canada. He is passionate about exploring the diversity of cultures and identities on the African continent and its diaspora.