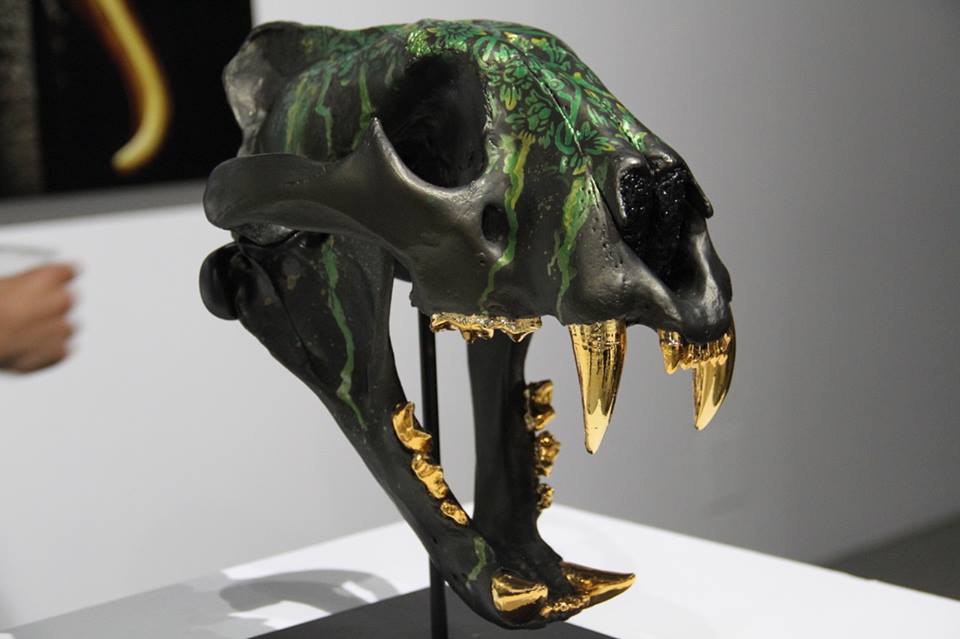 Sonny, a British-born street artist, living in South Africa, recently returned from his To The Bone exhibition in New York City.

To The Bone, a project that Sonny has been working on for the last year, highlights the world’s current extinction crisis, with the aim of raising funds and awareness for endangered wildlife around the world.

The project is made up of a canvas series and hand-painted skull replicas that showcase endangered animals from around the world.

“The paintings show the animals’ faces breaking away to reveal the raw skeletons underneath, symbolic of how these beautiful creatures are quickly fading away. Tribal patterns from the animals’ country of origin adorn the exposed bones, driving home the message that in losing them we’re losing a part of our heritage too.”

The exhibition that took place from 17 – 19 May in New York City was a great success, with 10% of each artwork sale being donated to Project C.A.T.

In an effort to highlight this critical issue even further, Sonny will also be painting large-scale murals in as many locations as possible.