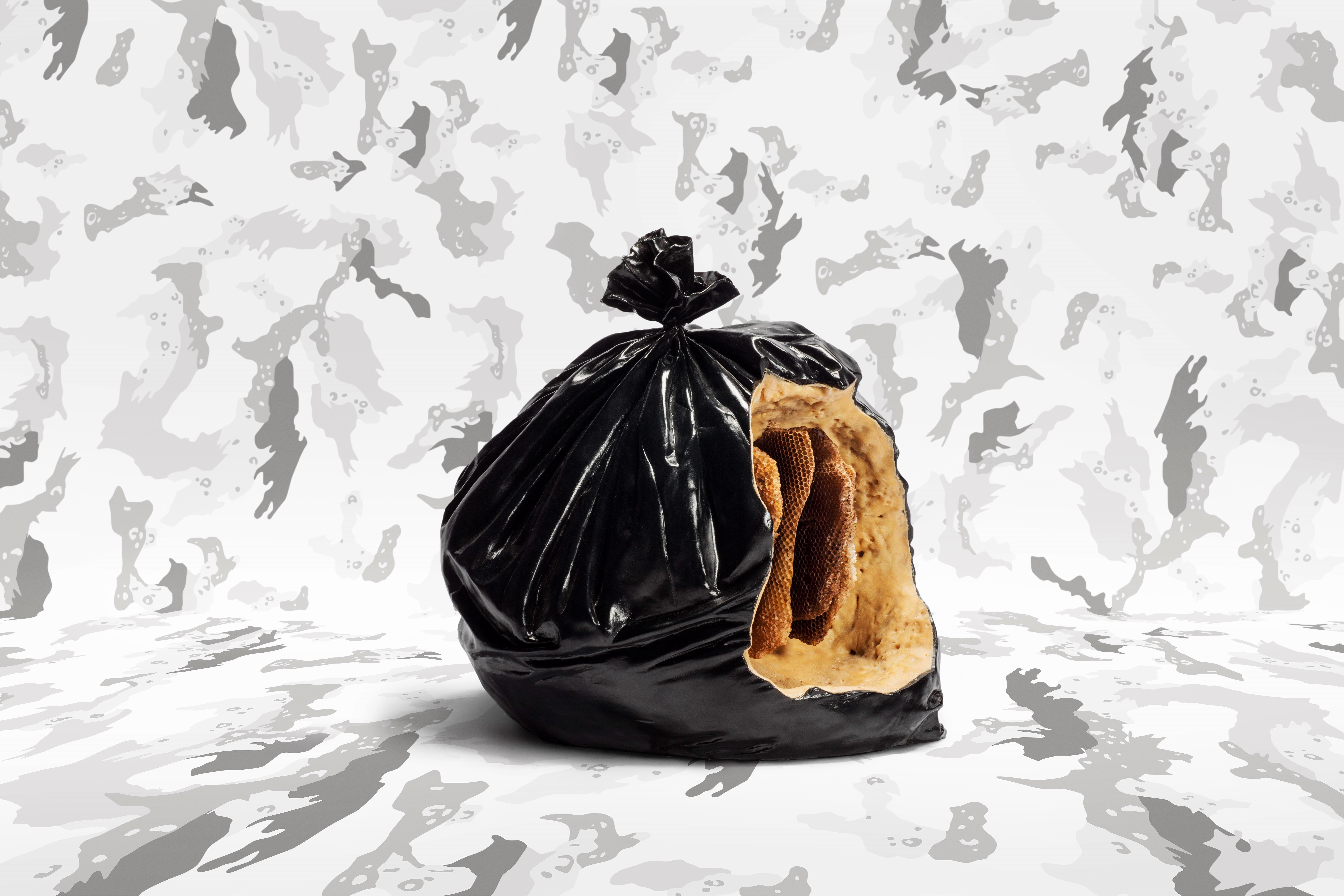 WHATIFTHEWORLD is hosting Rowan Smith’s new exhibition Dead Centre, which will be on show from the 11th July – 18th August. The opening will be on the 11th of July from 6pm.

Dead Centre looks at the societal concept of whiteness, and aims to reclassify it from its status as a ‘transcendental norm’ to a more exotic, unusual concept. Smith uses various aspects of his iconography – including beehives, speaker stacks, scrap yards and litter – to offer as media for analysing “the South African postcolonial state; the politics of monuments; the impermanence and deterioration of power; ideological collapse; identity-formation in the nation state; ideas of technology and obsolescence; entropic images of destruction, and bourgeois kitsch.”

Smith questions the status quo and highlights whiteness as the specific target of critique – therefore rendering it hyper-visible as opposed to its usual ubiquitous existence.