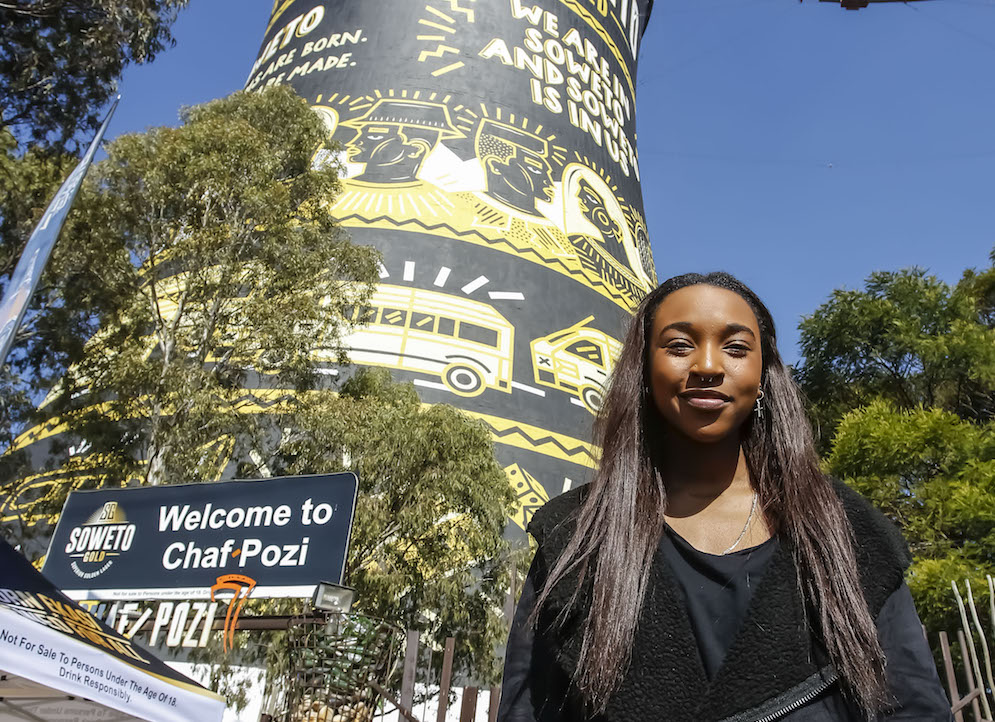 Posted at 15:00h in Uncategorized by Noluthando Mcutha
0 Likes

Moletsane says the design is a representation of the rich and eclectic culture of Soweto and speaks to the plethora of sources of inspiration that are original to Soweto but are also enjoyed by the rest of the country.

Not only are the towers one of Soweto’s most popular landmarks, they also remain both a pride and joy for all South Africans, particularly Sowetans.

“I see Soweto as a great source of inspiration because, despite political struggles, the creative aesthetic of the area is often at the forefront. This aesthetic is not one that is trying to be like another, it is one that has been cultivated by South Africans, for South Africans – from street art to music; we see an unmistakable reflection of our country. Soweto isn’t just in the people of Soweto but also in the people of South Africa,” says Moletsane.

The founder of Soweto Gold, Ndumiso Madlala, says the art perfectly depicts the true essence of the beer. It echoes a spirit of celebration and alludes to how the beer aims to be a catalyst that creates friends out of strangers, while remaining true to the township culture.