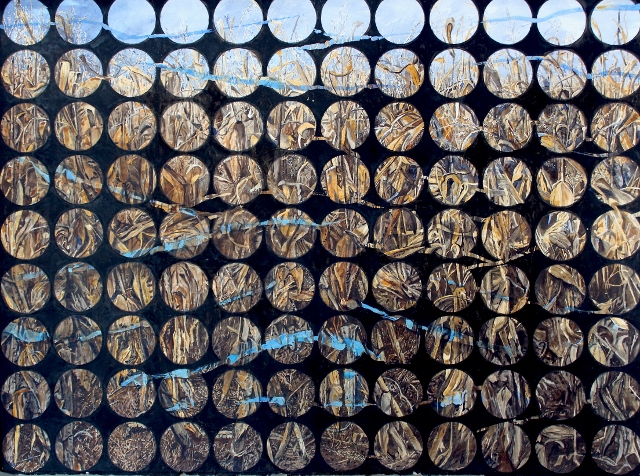 Gallery 2  will host South African artist, Wessel van Huyssteen’s latest series, Under a Cobalt Sky, which he describes as a “continued exploration of non-place”.

Referring to his use of watercolour on cotton paper  as the predominant medium for the paintings, in the artist statement van Huyssteen describes the process and context:

“A medium that could be described, in a digital age, as being as outmoded as analogue. For the most, the works consist of three paint pigments, two of which are metals namely Cobalt (blue, green) and Cadmium (red, yellow, orange). The third is Ivory Black. These pigments have sticky associations. Cadmium and Cobalt are toxic to humans. However due to their stable and inert character, and their brightness they are popular with artists and used extensively outdoors as signage to regulate human behaviour. Most cobalt deposits are found in the DRC and is mined under questionable conditions of child labour and worker exploitation. Here most of the cobalt is mined by artisanal miners who tunnel into the earth to create a labyrinth of underground caves. The primary use of cobalt is not for paint but in the manufacturing of lithium-ion batteries for smart phones, drones, electric cars and solar power systems. Its use is therefore associated with progress and technological advancement. It is the metal that’s increasingly underpinning the digital world and the global economy. The colour Ivory Black (Bone Black) is derived from the carbon remains of incinerated animal bones and its origin harks back to the colonial era when ivory was burnt to create the pigment.

Inspiration for the series was also taken from subterranean termites, the Woodworm and the Western Australian White Ant. These insects are known to destroy interiors while leaving exteriors intact. The only sign of their presence are circular holes on the surface. The saying white anting is often used to illustrate the hollowing out of institutions and the eroding of foundations, especially political ones. However, it must not be forgotten that if it was not for the White Ant the digeridoo would never have existed.”