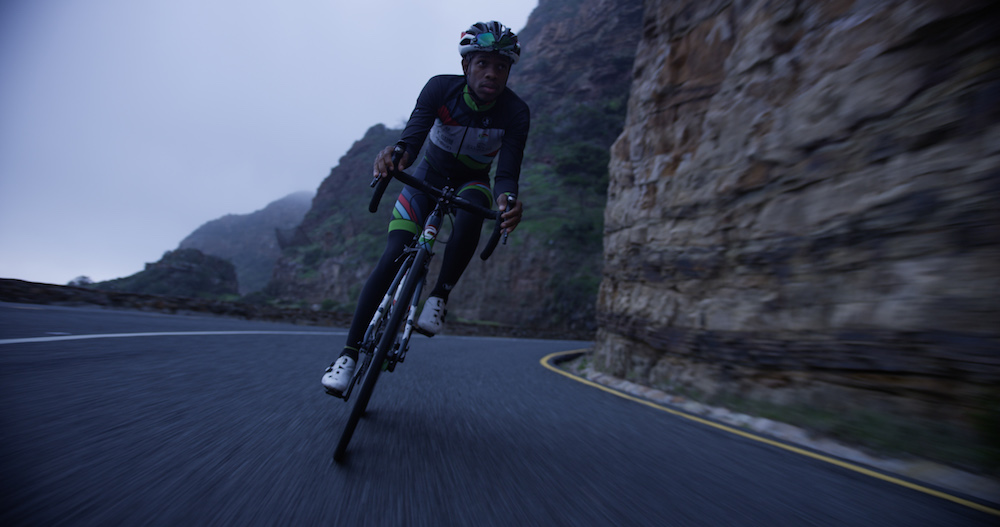 Posted at 09:00h in Photography by Noluthando Mcutha
0 Likes

Vuka Songezo is a video that immaculately tells Songezo’s story of loss, suffering and aspiration. It was shot, directed and edited by Joshua Rowe in Fish Hoek, Cape Town. Rowe says Songezo’s success propelled him to tell his story and touches on the two day process of creating such a video with minimal resources and a 2 men crew.

The name Vuka Songezo came to me once the edit was done, Vuka meaning rise up/ get up/ I felt this was appropriate for Songezo’s story of hardship and triumph.

With his upbringing and childhood, his life could have gone in so many directions, but to see his life go in the least probable direction is what drew me to his story. To see him achieve what he wanted to and to see him succeed in reaching his goals and dreams in life is an amazing story and basis for a great film.

Overcoming the difficulties and triumphing down the line, Everyone can relate to this kind of story to some extent, whether it be in [a] small or large way. He was basically orphaned from the Age of thirteen, with only learning how to ride a bicycle when he was fourteen and now having competed at the highest level of road racing in the world, it truly is remarkable. A friend in the cycling industry told me his story and simply asked, let’s shoot his story and make something amazing

Two People. I pulled a friend Timothy Weyer in to help with the grading and final sound mix. Thanks dude!

3. Briefly take me through the creative process of shooting this video

Well, our creative process once deciding to shoot this story involved a few elements. As we were a small “crew” it would mean we needed precise planning to achieve what we wanted, yet a flexibility to roll with the punches that the days would dish out to us.

I knew with Songezo growing up in Fish Hoek, it would be a great area to start the film in. We drove around the coast and scouted a few locations, and planned our movements for the Friday in the car. We used my personal camera (Red Epic-X), and the rental car to pull this off, as well as Songezo and his riding gear. Like I said, we had a small “crew”. I had some visual references that I was going to follow and a few hero shots, but other than that, on the day I would make decisions as we moved along.

On the day, we had some cloud cover, with potential rain, so I knew we had to lock down some great stuff in case we needed another day for pickups. We started out with the sunrise over the tidal pool, trying to nail a hero shot on the edge of it. It turned out great, from then onward I was in the zone and pretty much hanging out of the boot of a rental Hatchback for the rest of the day.

It’s so easy to just shoot stuff in slow motion and get good enough results, so I challenged myself to stay away from slowmo as much as possible. I shot mostly on 25fps (real time), handheld, with a few slower shots.

From the beginning I knew the story had to do with internal power, I was aiming questions toward this and trying to break through the usual sports interview questions, trying to get answers for the film and not for a normal sports piece.

It took one day to shoot, one day to edit (offline edit). Knowing I was going to have to direct, shoot and edit it, I knew I had to be 100% invested.

5. What was most important in the way you shot the video to best tell Songezo’s story?

Having his voice over drive the film was really key in engaging in the story. To me this is sort of a pilot film for something longer, because his story is so much more than what we could fit into two minutes, nonetheless, this was a great start. He also started a cycling academy in Masiphumelele, that’s an entire story in and of itself.