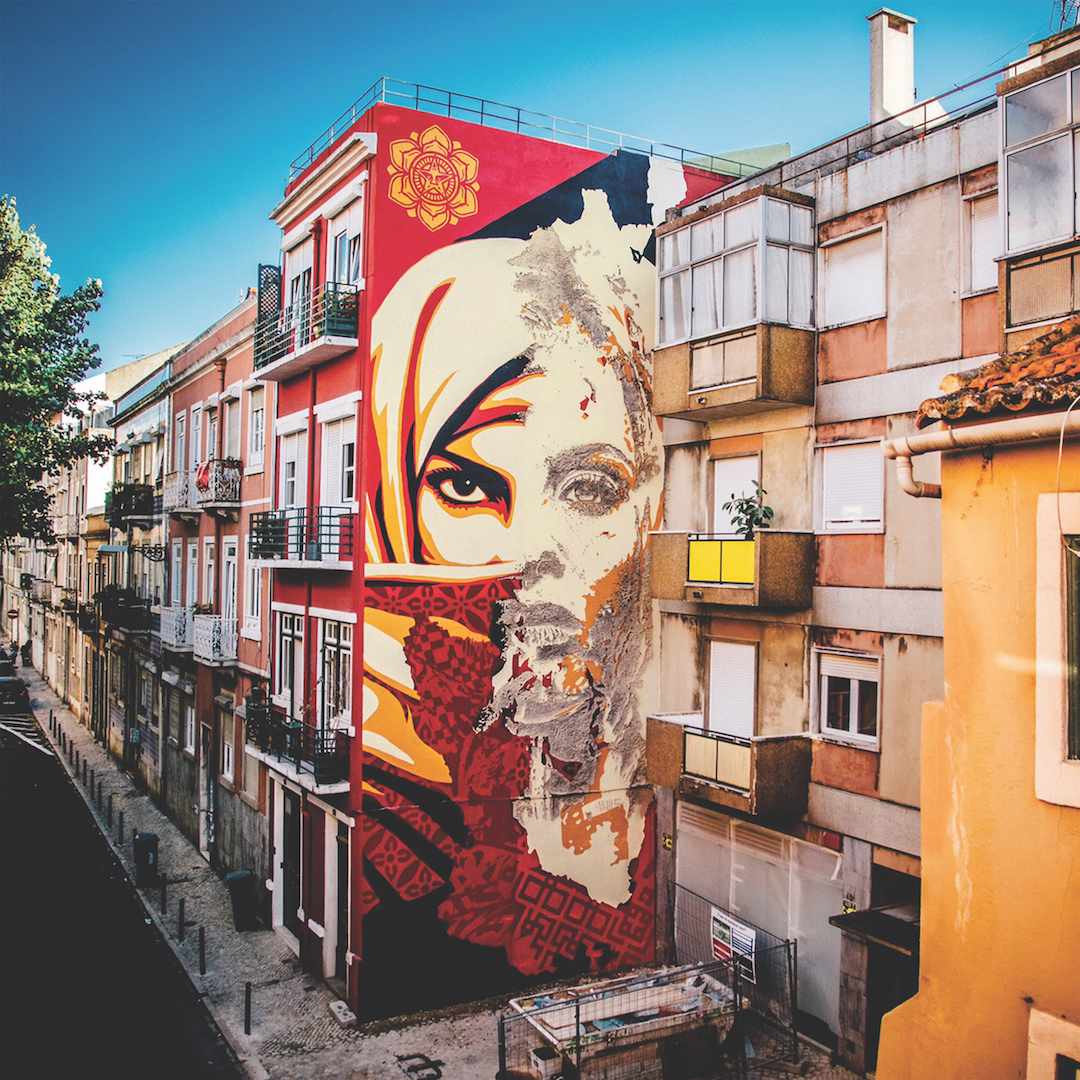 Portuguese graffiti and street artist Alexandre Manuel Dias Farto, aka Vhils, collaborated with Hennesy for a worldwide tour.  He recently touched down in Johannesburg for the Africa leg of this journey during which he wanted to create a mural portrait of South African icon Yvonne Chaka Chaka, using his groundbreaking bas-relief carving technique. The location was the former Jan Van Riebeeck wall in Maboneng. The artwork was revealed during an exclusive event that celebrated the conclusion of the three day project to transform the surface of this downtown building. It also included a number of art experiences. This event forms part of an ongoing series in which Hennessy Very Special Limited Edition and several internationally renowned artists showcase the custom-designed Eighth Edition bottle. The concept of the design and tour is rooted in Vhils’s motto of “Making the Invisible Visible”. With the 2018 Very Special Limited Edition, the artist explores layers of meaning in a unique, global art experience.

The celebrated artist has been interacting visually with the urban environment under the name of Vhils since his days as a prolific graffiti writer in the early- to mid-2000s. He is often described as an “urban archaeologist” who finds inspiration from having grown up in Lisbon, the fast-changing capital of post-revolutionary Portugal. Having established his signature on city walls, Vhils quickly moved on to pioneer a new form of urban expressionism through monumental portraits. These portraits were cut, composed, chiseled or exploded from built-up layers of paint or paper, stone, wood, steel or concrete and infused with the color and energy of the hip-hop music scene.

Vhils gained prominence in 2008 when a carved portrait was revealed alongside street artist Banksy at an international street art Festival in London. Banksy’s agent, Steve Lazarides, later gave him additional space to create his street art carvings. Several of his works were published soon after. Born in 1987 in Portugal, Vhils’s art is poetic, complex, and ambitious. He penetrates through countless layers of posters, dirt, and plaster to set free the enigmatic images hidden beneath urban spaces. This is all done by drilling away old plaster relief forms.

Vhils’s eye-catching, multi-textured portrait of one of South Africa’s musical icons will add to the growing transformational aesthetic of the city’s urban landscape.