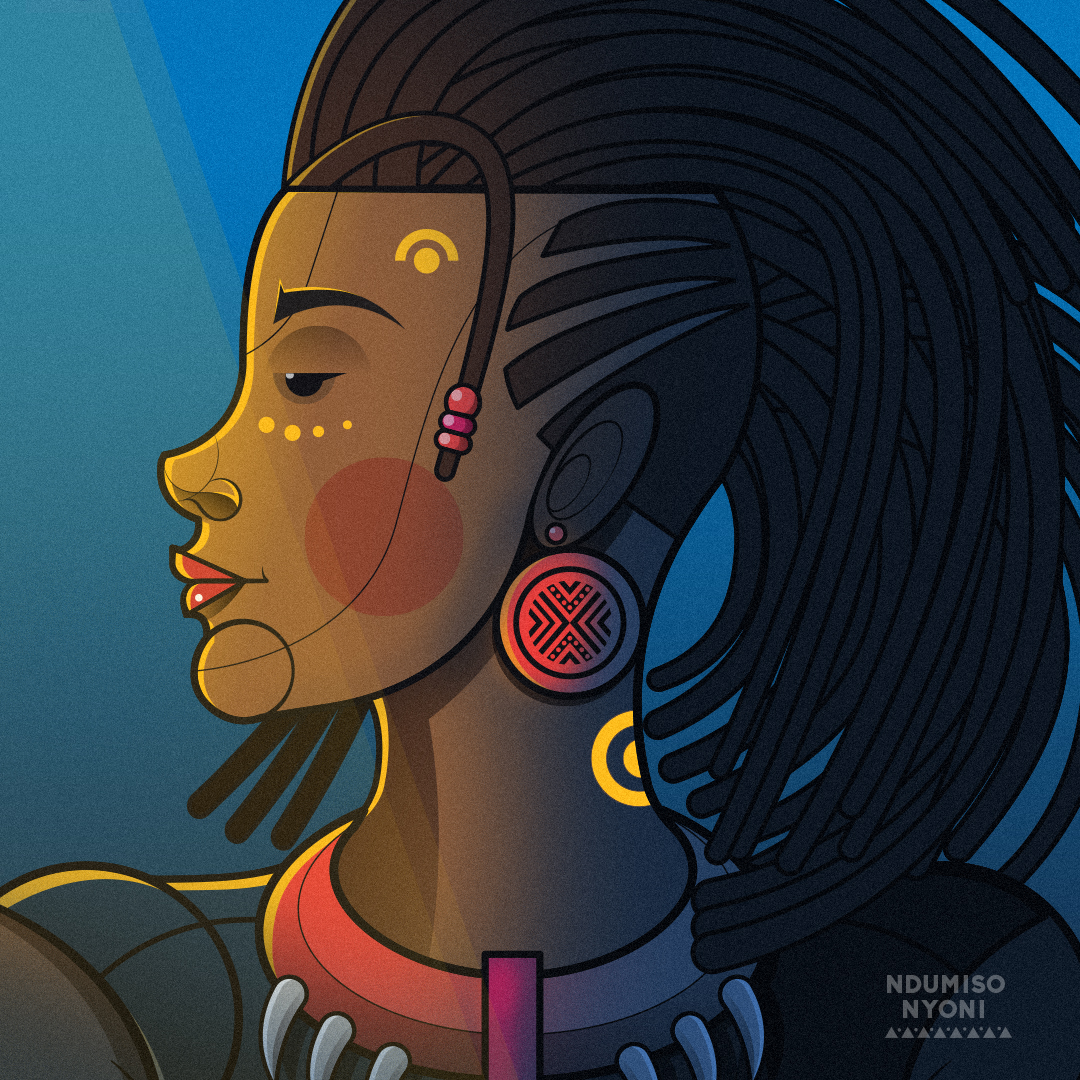 Ndumiso Nyoni is a motion graphic designer and illustrator whose work is a diverse combination of several styles inspired by AFRICAN themes.

Ndumiso Nyoni is a Zimbabwean illustrator / motion graphic designer. After completing his studies in Multimedia at the University of Johannesburg he started developing his own style of illustration and character designs.

“My work is mostly inspired by Africa and its people. For a long time, the story of Africa has been told by others – who are not necessarily Africans themselves. I feel that being an artist is not only an opportunity to create beauty in images, but it is also an opportunity to tell a story about our continent, our people, our cultures and our resilience.”

Christopher Wellard, Executive Creative Director at Wunderman SA, reached out to tell Ndumiso about an internal project his company was working on. He was very impressed by Ndumiso’s recent work for an international super hero exhibition and felt his illustration style would be perfect for the project. Wunderman SA developed the brief and concept and invited Ndumiso to visually interpret it.

“A lot of my work is inspired by Bahaus and other forms of modernist design. I love crisp geometric shapes and vibrant colours and I try to bring that into all my projects,” Ndumiso says.

Art, Between 10and5, Illustration, ndumiso nyoni