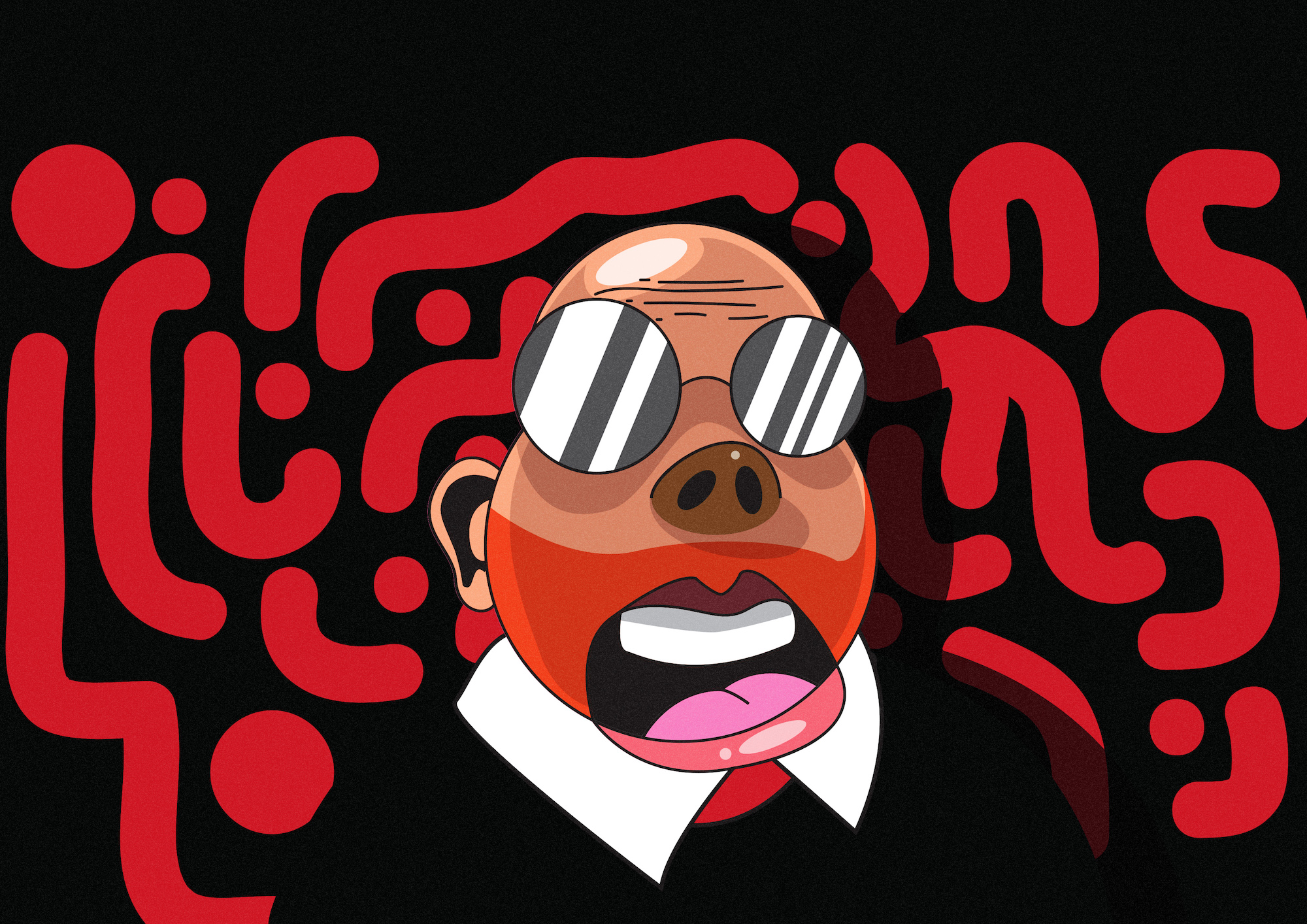 Posted at 16:51h in Advertising, Illustration by dannidiana
0 Likes

Ag man, you know the gals. Shantelle. Vanessa. Charnay. Thabs. And always, for some reason, a Kyle. These are the Woo Girls of advertising, even when they’re boys (here’s looking at you, Kyle) and like locusts, they exist only as a group entity. Come rain or shine, they’ll attend every possible event, workshop, lunch, breakfast, dinner and bathroom. Together. They will also always be in some kind of formal wear (chill Thabs, it’s 11 am, it’s Durbs, a high heel shoe is not for the beachfront). They will scream when someone from the agency wins. They will scream when someone from another agency wins (because our industry is a family). Like Ja Rule, they will not always be there when you call, but they will always be on time (for the bus back to the hotel). The human regmakers of the Loeries, the team is always drunk, but never hungover, and possess Olympic level stamina for the jol.

Have the shots. Join the conga line. Take the selfies. Accept the hugs. Resistance is futile.

2. The Ancient Board Member

Every big agency network has one. He is always 4000 years old, with some kind of weird double name like De Wet De Wet or Mokoena Mokoena. He is always wearing a vaguely political hat, and no one ever sees him anywhere except at awards shows and retrenchment meetings. Some say he exists just once a year, much like the Loeries themselves. The immortal highlanders of the ad industry, these mystical men (always, men) are wheeled out to say a thing (to much sombre applause) before being ushered back into their tombs until next they are summoned.

Pretend to know who he is. Then cast a salt circle around yourself so that you may be protected from his ancient curse (the curse of working in advertising for the rest of eternity).

Ok, so I guess these guys are the low-hanging fruit of the ad world, with their all-star takkies, ironed Levi’s and suit-jackets. Yes, they are staunchly committed to Gen X aesthetics and popular culture. Yes, they are in a band slash a DJ on the side. No, they know jack shit about digital and honestly just want all these damn influencers to get off their damned lawns. But also, what would the Loeries be without them? They are the beating heart of the industry, ordering way too many tequilas, even though it’s like 11 am. Tongues out and throwing devil horns in photos. Calling all the waiters My Man and chopping up sloppy-ass lines in the bathroom. They don’t really get memes, and still think MTV is a thing. But fuck it they’re trying. They’re doing their best. And they won’t rat you out for rolling in late or throwing up in the lobby. Oh, and the company credit card doesn’t hurt either.

Humour them. One day this will be you.

Every agency has one. The Angry Red Man. Sometimes a pass-his-sell-by-date CCO, sometimes a young and bolshy strategist. Always red. Maybe red hair, or a red beard, or an angry little red shrew face. Perhaps, just an aura of redness. Always being rude and pompous, and up his own butthole. Always throwing his money around and making sexist jokes. Always making rapey eyes at the junior design women. Always well-actually-ing any conversation about identity politics or industry transformation. Always surrounded by an audience of young bros who laugh at everything he says, because let’s face it they’re too young and/or dumb to know what’s really up.

Look at these Millennial cuties, fresh out of Vega and looking for summer jobs as CEO’s! Drinking too much, talking too fast, insta-storying too regularly and trying too hard to get into the Ogilvy party! Yes, we were all them once upon a time, though in our day we definitely had way more chill. Totally.

Don’t crush their dreams by telling them that advertising actually sucks. Also, avert your eyes when they invariably end up naked and having a low-key 5-some in the hotel fountain.

6. The people who hate the Loeries and dunno why they are even there (probably because they secretly hope they’ll win something even though they never do)

Buy me a drink lol!