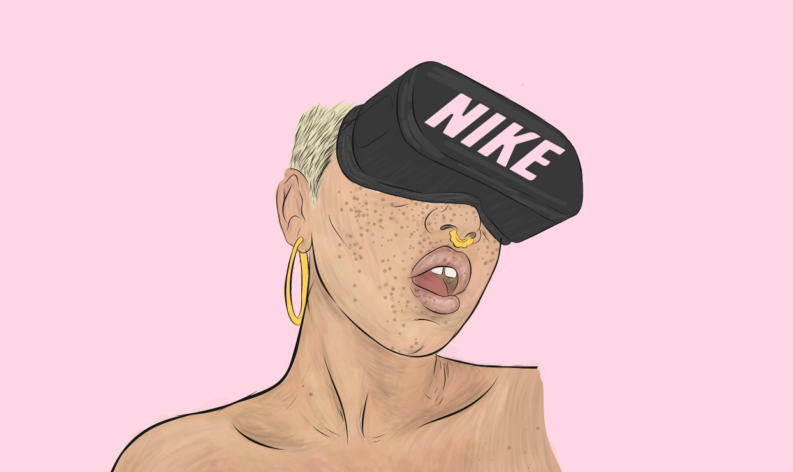 Posted at 16:30h in Video by Noluthando Mcutha
0 Likes

Artist and developer Lorenzo Plaatjies, who we’ve come to know for his illustrations of longing and loneliness, says his interest in this field began with designing mixtape covers.

In most of his work, Lorenzo channels negative emotions such as anxiety and longing through aesthetically pleasing drawings and illustrations. “When you play with pain and pleasure you get something really interesting,” he explains. He uses pink, which has become his signature colour, to go against the idea that it can’t be associated with masculinity.

He says he uses his artistic abilities to channel what he is going through in his own life. “When you look at my art, you look at the portraits and see that this man is going through something,” Lorenzo says. “I think the people who appreciate my art are able to feel that and that’s why there’s such a connection with the art pieces.”

He no longer designs mixtape covers because his high school rap days are now long behind him. His focus shifted from music soon after he realized that he had more interest in the visuals of the covers than the music itself.

However, it wasn’t until he went to college and started creating illustrations on his cellphone that it became more than just a mere hobby or interest.

“I started drawing mixtape covers for myself on my phone. They were terrible, but that’s when I realized that there’s a community of people who are doing some pretty cool work on their phones. Ever since then, I’ve been sketching in my free time, like whenever I’m alone and not studying,” he said during a previous interview.

To truly tap into the creative space and grow as a digital artist, Lorenzo left college and started freelancing. This allowed him to explore all his artistic interests.

The self-taught designer has gone on to work with brands such as Mr Price, and was ranked 6th on the Behance digital art category.