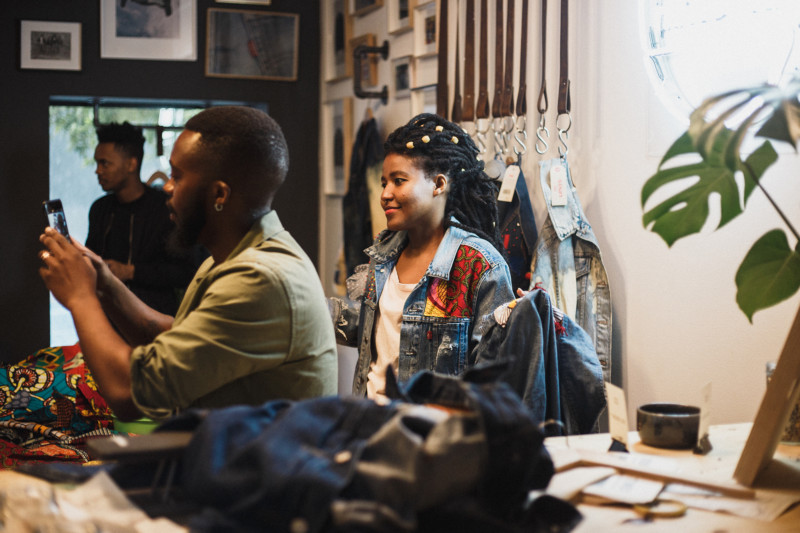 Posted at 10:45h in Video by Noluthando Mcutha
0 Likes

If you know anything about fashion and African prints, you probably know Rina Chunga, the founder of Rich Factory. She says most people take a generic approach with the African print. “For me African print is not a trend, I’ve been working on it since 2007,” Rina explains.

Being a fashion design graduate, Rina is grappling with the frustration of not having learnt anything business-related in this course. She says this makes it far more difficult for a creative entrepreneur to run a business with a holistic approach.

“You are studying in the creative field…and then you have to create your own job when you get out there, but they never taught us anything along those lines,” says Rina. “They don’t teach you enough to have a successful career afterwards.”

Even though she ended up studying fashion design, growing up in Polokwane, Rina’s dream was to study animation. Having recently learnt not to box herself only as a fashion designer, she is working on many other businesses, which are fueled by her interest in film-making, documentaries and storytelling. “We are often taught that creatives are scatter brains so [they] have to focus in on one thing to be successful.” She says this is not always true because creatives are good at a lot of things.

To succeed in the creative space, Rina says people shouldn’t wait to be helped when they can help themselves and each other. “People rarely invest in themselves like they should,” she says. “Instead of waiting for someone to invest in you, resourcefulness goes a long way – especially when you’re able to work with other creatives. Have them bring their skills and you bring yours. I would like to see more collaborations, not necessarily between big brands and creatives [but] between creatives and [other] creatives,” she says.