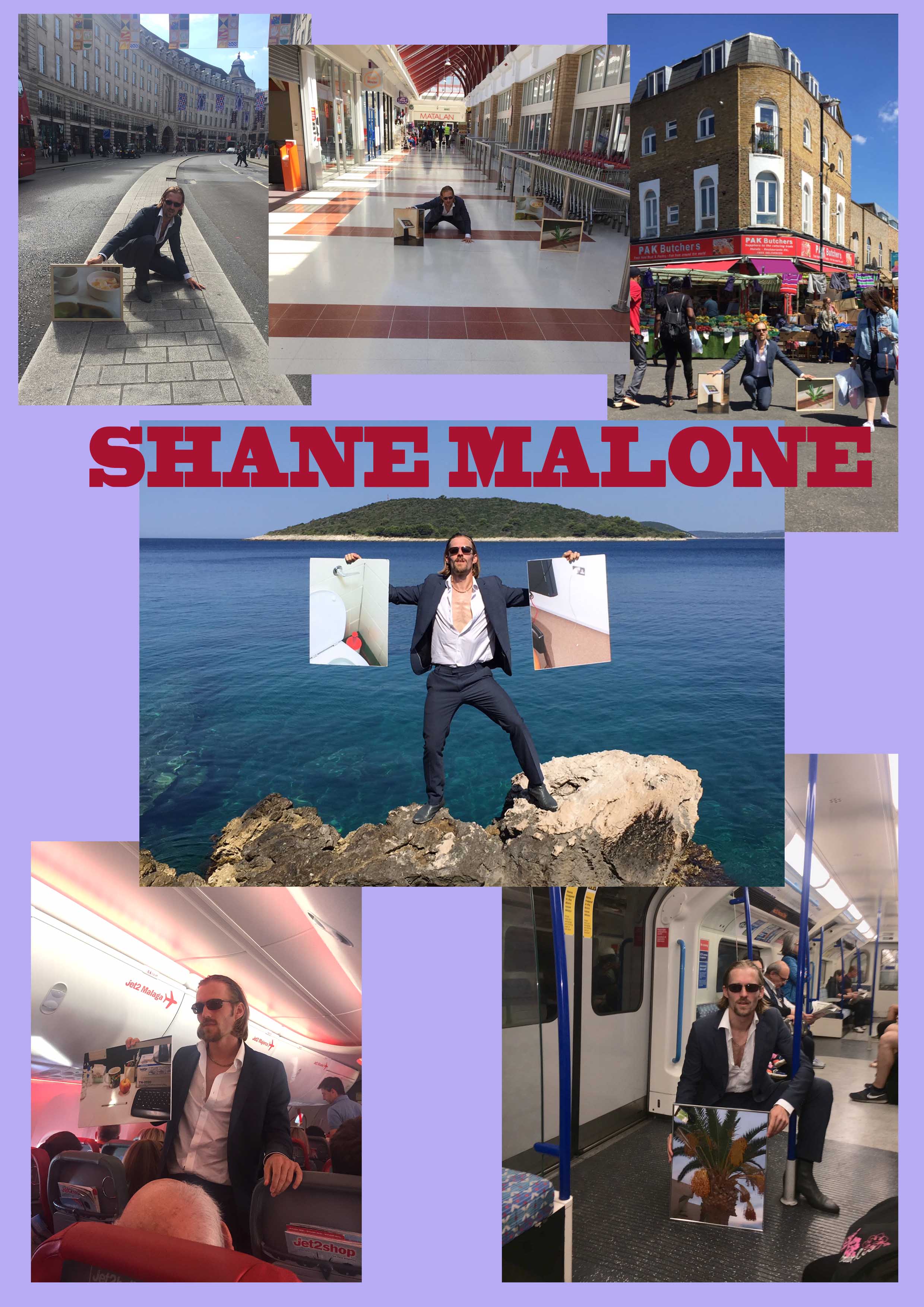 A South African artist based in London has created a satirical persona critiquing white South African ex-pat culture through the moniker of Shane Malone.

Shane is the archetypal “South African in London”. The easy access from London to Europe has enabled him to tick several European travel boxes, making him a “man of the world”. Shane frequently comments on South Africa from his newly adopted first world perspective.

The character of Shane Malone takes various trips throughout Europe posting pictures of his travels. The latest offering from Shane is his music video for Hymn Vol. 1.

In the video Shane sings dressed in his daily attire of a blue suit with a white button-up shirt, sitting and singing in what seems to be an art gallery.

The video provides an interesting commentary on whiteness and Christianity in the ex-pat community in Europe.