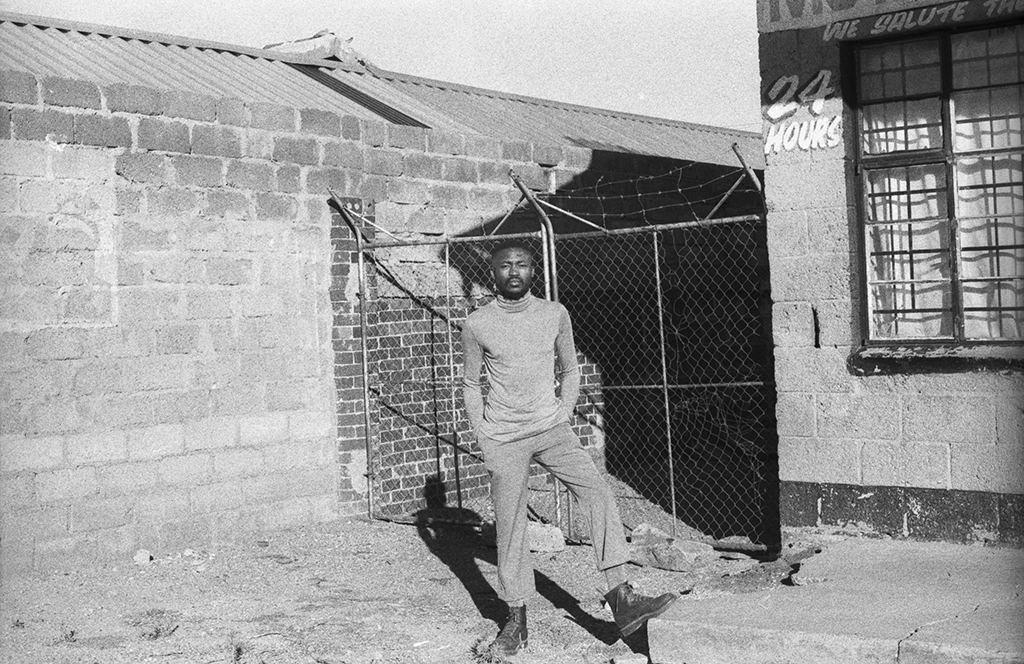 This project began with a casual conversation between myself (Sipho Gongxeka) and Thato Ramaisa (aka Fela Gucci.) We were interested in the role that fashion and clothing plays in queer culture in township communities. Particularly, how certain stereotypes are perpetuated. For instance, how one’s character, masculinity, gender and sexuality can simply be judged by how one presents oneself publicly.

Oddly, when you are queer in the township, the expectation is to show that part of your identity in the way you dress. The assumption is that a queer person is someone who wears bright colours, tight women’s clothing, always in the company of women, with a funny or feminine hairdo and a super extroverted personality! Growing up in the townships, we have come to know and expect queer people to perform these stereotypes in particular ways.

Both Thato and Buyani Duma (aka Desire Marea of the popular performance art duo, FAKA,) are proud black, queer men. Their own creative content is well known for challenging existing preconceptions about queer identities in this country.

As a project, House of Realness is developed in conversation with FAKA; as well as with queer model Nkululeko Masemola and other members of my social and personal network that I featured in the images. This initial body of work is a starting point for my interest in the politics of self-representation in black communities.

House of Realness is the first in a series of zine publications to follow and with this initial body of work, I am trying to challenge long-held notions of how queer black individuals are expected to publicly perform their identities.

My visual approach to this project aimed to create a set of nostalgic images with an aesthetic that mimics a style of photography reminiscent of what a street photographer; working in township communities in the 1980s, might have captured. The body of work can be considered a kind of imagined ‘archive’ of the daily life of a queer during this era.

The question that this project poses is simple: Can one dress ‘normal’ or ‘like a heterosexual’ and still be marked or perceived as queer?