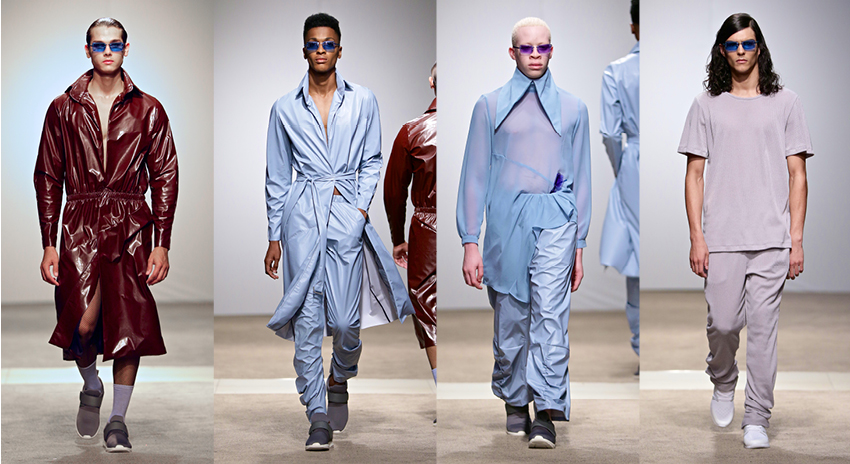 The internet age has resulted in a globally connected world where the possibilities are endless. Not only is it possible to see what’s happening overseas, it’s possible to watch in real time – live streams and social media have made participating in global conversations as comfortable and easy as sitting on your couch. This inter-connectedness is evident in all facets of life, from the range and scope of entertainment media (think Kardashians and Real Housewives) to the news.

Along with a global network of communication and information sharing, the fashion industry is also experiencing a restructuring. The appearance of global players such as H&M and Zara added to the growing numbers of local fashion designers. This means that we are spoilt for choice and completely overwhelmed. It seems as though there are new fashion brands popping up every minute, but none that necessarily stand out. Is that just as a result of having more options?

In the early 2000s, the likes of now defunct brands such as Stoned Cherrie were a breath of fresh air, drawing inspiration from Sophiatown era aesthetics, incorporating our own cultural references in ways never before seen in an industry often derided for emulating Western styles. Loxion Kulca made township-inspired styles cool, and the likes of Bongiwe Walaza and Sun Goddess turned seshweshwe and uniquely South African designs into fashionable traditional wedding staples. The mid-2000s saw the rise of a new crop of designers that includes the likes of David Tlale, Thula Sindi and others, whose work continues to be revered.

A few years ago another wave of exceptional designers emerged. Rich Mnisi, Lukhanyo Mdingi, AKJP, Young And Lazy, Selfi, Nao Serati and many others ushered in an era of globally relevant design, bucking trends, modernising and re-energising an industry that felt very flat outside of the more couturier offerings of older generation designers.

This wave of South African designers who have their own individual style has led to a reckoning in the fashion industry. No longer is the focus only on haute couture or big designer brands, more creative and interpretive styles are being held in the same esteem, and are as coveted. We asked a few industry professionals about the fashion industry today and what makes it special today.

Rusty Beukes, Fashion Director, GQ Magazine:
“I really love how the next generation of designers/creatives are redefining the design landscape in SA at the moment. They’re becoming hybrids. The fact that they don’t define themselves, helps them branch out into different creative fields – whether it’s designing furniture, art directing, styling or being a photographer. They speak multiple languages and often very fluently.”

Khomotso Moloto, Fashion Director, Destiny Magazine:
“I think there is a lot happening in the creative space for young, black creatives, from photographers to designers. Gone are the times where we only longed for garments by international designers. A Thebe Magugu or Rich Mnisi original is slowly but surely becoming just as sought after.”

Phendu Kuta, Editor, Unlabelled Magazine:
“Young designers are positioning themselves as “glocal”, taking into consideration their environment and the African aspect or visual narratives. At the same time they are trying to appeal to a more global market, or positioning themselves for global relevance. The innovators in the street fashion scene are the alternative musicians, DJs, street fashion designers, illustrators and writers, who develop personal brands that are reflective of their environment but also fuse digital trends.”