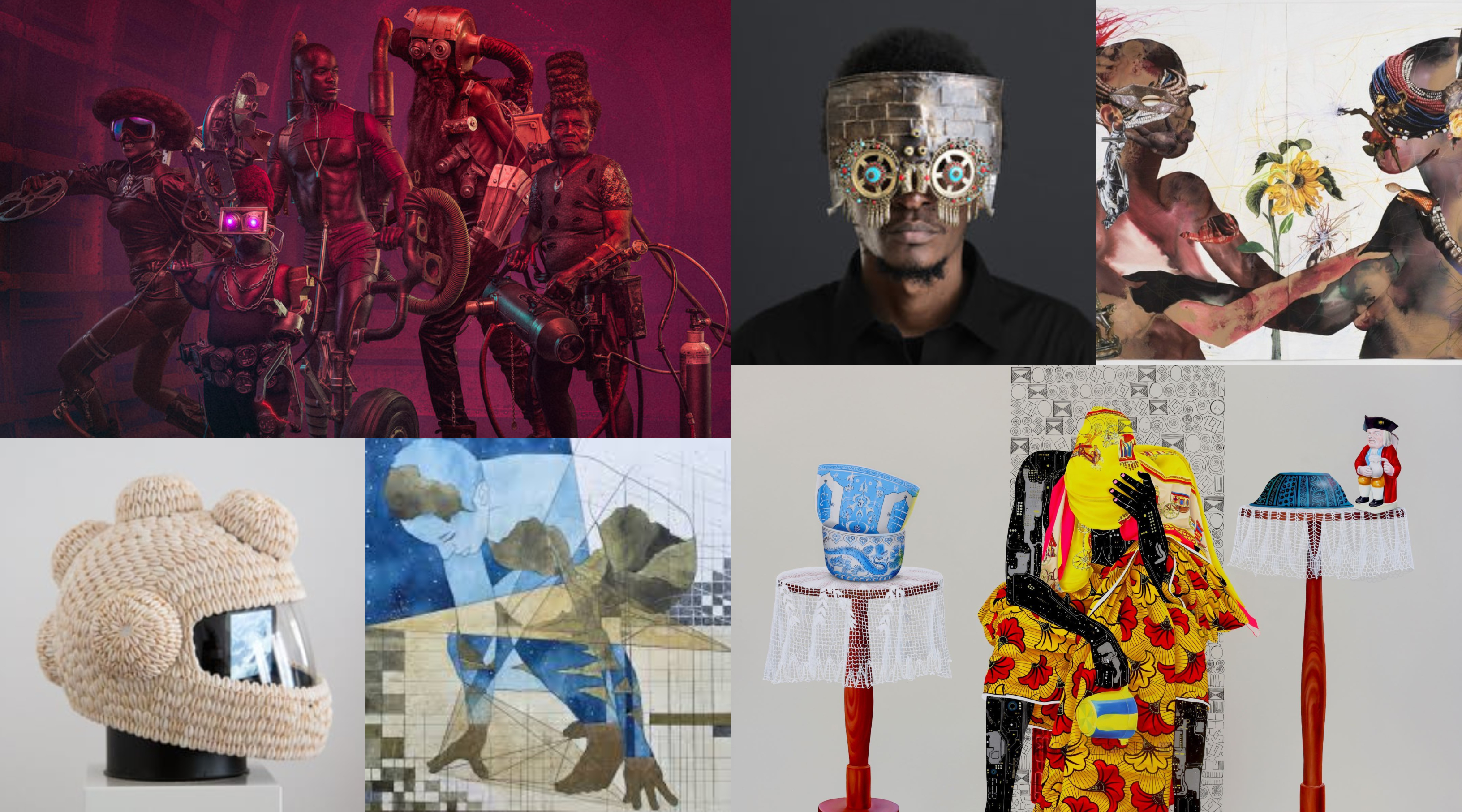 Afrofuturism, a term coined by cultural critic Mark Dery in 1993, addresses themes and concerns of the African diaspora through a figurative science fiction and techno-cultural framework. It was intended as a way of articulating future as well as present experiences, and of deconstructing the narrative of Africanness and tradition always standing in opposition to technological progress.

Dr Tegan Bristow, head of Interactive Digital Media at Wits University, gave a brief historic overview of Afrofuturism in a previous interview on this site: “Afrofuturism defined shifts in African American literature and music that were addressing science fiction and technology as far back as the early 70s. It was a movement about consciousness and identity that used these metaphors to shift peoples’ perspectives on what it meant to be black in the USA at that time, a necessary re-identification outside of the dominant racial stereotypes…In the South, with the growing urban youth cultures and access to technology, young Africans started looking at Afrofuturism as inspiration for communicating about themselves to the world, an experimental and exploratory way to identify a new generation of ‘global’ Africans and what it meant to be African.”

To an extent Afrofuturism has by now become a buzzword that loosely describes any conjunction of technology and Africa (6 Afrofuturism ads that Nando’s trolled (hard)), and its value as an artistic signifier has moved beyond the straightforward expression of the term as used in the 90s.

The artists described here engage with the notion in a manner that acknowledges, but is not beholden to, the art-historical application of the concept, forging individual, contemporary expressions of what the present and future mean when mediated through the lenses of technology, African experiences, and the ways these have been articulated, both within Africa and the diaspora.

The figures in Pamela Phatsimo Sunstrum’s drawings and paintings are timeless and often faceless. They populate undefined landscapes that appear to be between worlds. Pamela is fascinated with ancient mythologies, technology and scientific theories, which permeate her visual language and orientates her work outside of time and place. In an essay for African Futures, she writes: “I am interested in this idea of locating landscapes of alternative and yet-to-be known possibilities within the space of imagination, rather than in a physical place. The space of imagination opens radically vast territories of possibility. The space of imagination allows for multiple, simultaneous ‘utopianisms.’” The figures in her art have unfixed identities, and their multiple overlapping gestures and iterations suggest compound time. Pamela is deeply interested in what she calls the “re-seeing of Afro-mythologies” through the lens of science fiction, and argues in an essay for Paradox Journal, how this can be viewed as a “political tactic for restructuring experiences of the African present through the imagining of new African futures.”

A self-taught artist, Cyrus Kabiru’s ingenious sculptural objects constructed from salvaged scrap materials have gained him international recognition. He transforms worn-out bicycles into intricate and novel kinetic sculptures, but he is best known for his sculptural glasses, called C-Stunners, which he also photographs himself wearing. Cyrus’s rough-hewn pieces transform trash into futuristic eye-wear. What does he see when he looks through these lenses? Growing up in the Eastlands of Nairobi as one of six children living in a two-bedroom house opposite a refuse dump, Cyrus used what was at hand to fashion spectacles to seek out an alternative view of the future. Through his re-imagining, the original utility and value of materials are abstracted, and the glasses reflect on the power structures of visibility and systems of representation.

Eddy Kamuanga Ilunga’s work explores the cultural shifts in contemporary Congolese society and the effects of globalisation on indigenous heritage and identity. The figures in his paintings float on grey backgrounds, seemingly cut loose from their cultural moorings. Their bodies are lavishly draped in wax print fabric and their skin is stippled with soldering and wiring that resembles motherboards. The DRC is the world’s largest producer of coltan, an ore laboriously mined by hand that contains tantalum, a key metal for the electronics industry. In Eddy’s paintings, the ubiquitous markers of global modernity and western consumerism creep across the figures’ skin like tattoos. His work aims to interrogate past and present power structures, and Eddy has said that “understanding the present through the past is central to my work.”

Wangechi Mutu explores the violence and misrepresentation that women, particularly black women, experience in the contemporary world. Figures feature prominently in her work are cyborg mutants grafted together from anthropological, ethnographic, medical, fashion and pornographic images. Mutu has said of her work: “I’m really trying to pay homage to the notion of the sublime and the abject together and using the aesthetic of rejection, or poverty, or wretchedness as a tool to talk about things that are transcendent and hopeful.” Recycling and reusing materials is an important aspect of her work. In a fragmented, dispossessed world, Mutu says that “we really have to pick up pieces and remake and rework things to translate them into something new and hopeful.” The female figures in her work are heroines of the future, harbingers of an alternate course of history for people of African descent.

Emo de Medeiros defines himself as an Afroglobalist as much as an Afrofuturist. His work centres around the idea of what he describes as “contexture”, which in a previous interview on this site, describes “a holistic and massively interconnected structure.” This concept emphasises transculturalness, interconnection, transformation, hybridisation and circulation of forms, myths and merchandises in a post-colonial, globalised and digitalised world. De Medeiros mixes traditional and technological materials in his work, and is interested in transformation and non-linear narratives. His art explores contemporary African creation, as well as how it is perceived both from inside and outside the continent.

Osborn Macharia is a self-taught photographer and artist whose work is firmly orientated within the genre of Afrofuturism. He describes this as re-purposing post-colonial narratives through “integrating historical elements, present culture and future aspirations of people of colour using narrative, fantasy and fiction to highlight African identity.” Popular themes in his work take a different look at gender and ageist stereotypes. His hip-hop geriatrics and female freedom fighter series recast popular African narratives and shift power to the marginalised. Macharia’s digital art series conjure up intricate worlds populated by fearless visionaries who shape their own realities. He created Ilgelunot (“The Chosen Ones” in Maasai) in collaboration with Marvel’s Black Panther, which features three blind elders with extraterrestrial powers who act as guides for tomorrow’s hero. Likewise, his Gikosh series depicts the life and work of an underground group of craftspeople, using salvaged junk to fashion functional art.