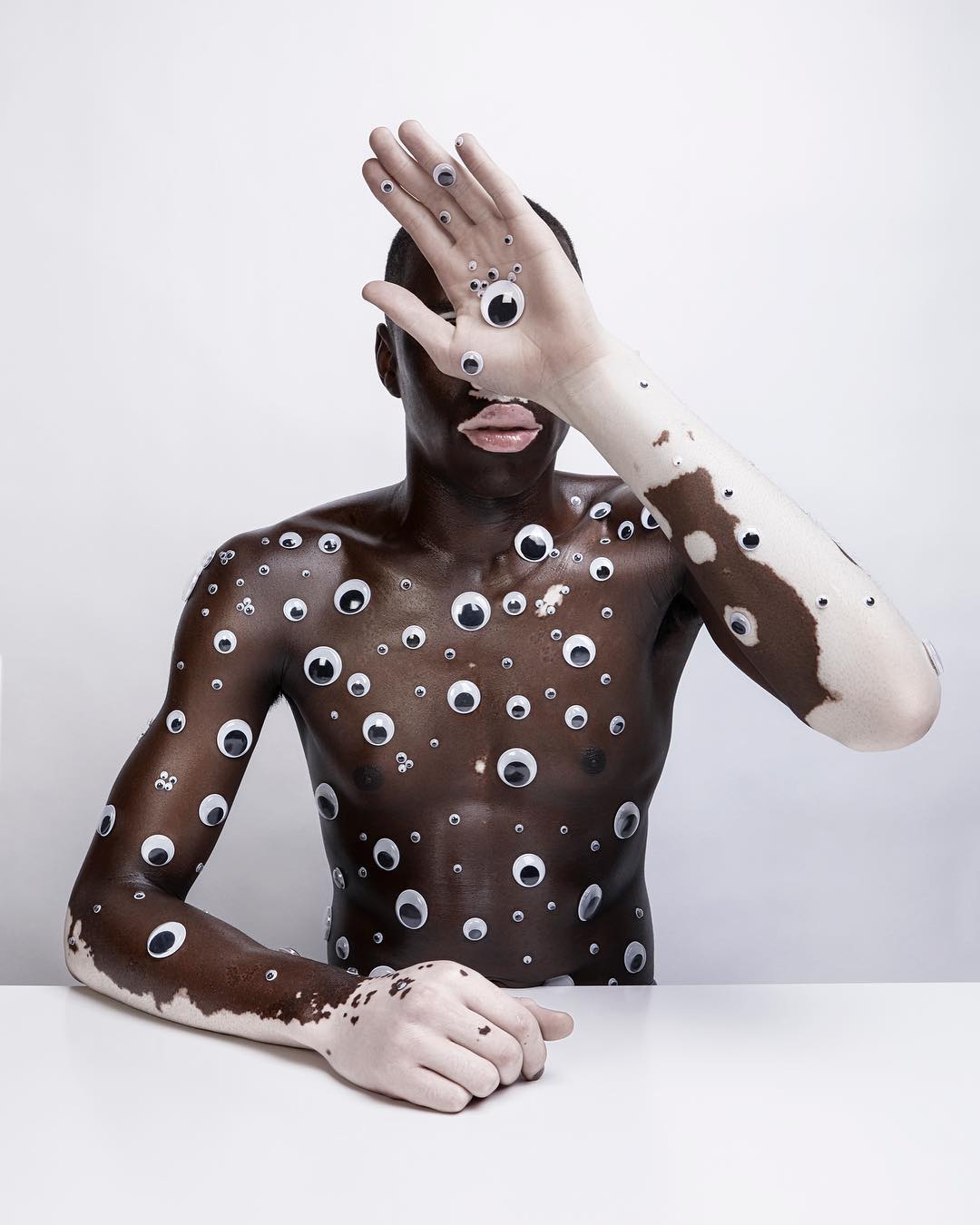 Posted at 10:00h in Art, Photography by Aryn Guiney
2 Likes

Justin Dingwall is a visual artist and photographer who uses his craft to challenge the way society views the human form. His particular focus has been exploring the aesthetics of albinism and vitiligo. Through his powerful imagery he invites the viewer to question perspectives of beauty norms. His intention to capture something outside the normal conventions of what is perceived as “beauty” led to the unfolding of a series of photographic essays.

“They are not about race or fashion, but about perception, and what we subjectively perceive as beautiful. I wanted to create a series of images that resonate with humanity and make people question what is beautiful.”

Justin’s critically acclaimed fine art photo series Albus was a project of exquisite and ethereal portraits with models Thando Hopa and Sanele Xaba. The series has been exhibited widely, both locally and abroad, including in an international exhibition tour.

Justin Dingwall’s photographs have gained acclaim for their powerful composition and emotional resonance. His latest series is titled A Seat at the Table. It features the talented model Moostapha and the makeup of Orli Meiri. The use of colour blocking and unusual patterning creates a visual celebration of the unusual. Justin oversaw and directed all set design and styling for this story with additional art work by Diamond II.

This body of work was launched at this year’s FNB Joburg Art Fair and was recently featured in Vogue.

“I do what I do for the love of new experiences. My imagery is not bound by language or culture. I want my work to speak for itself and for people to interpret it in their own way. I want people to be affected by my images… As long as someone is feeling something, I am achieving my goals.”