A glimpse into the stories behind Jesse Navarre Vos’ photographs

Jesse Navarre Vos  is a photographer whose star is on the rise. He is a creative with a number of talents and passions. Along with his interest in film, photography and art, Jesse is also a classically-trained musician who studied music, with classical and jazz guitar, at university. It is perhaps the multi-faceted nature of his artistic pursuits that lends itself to the richness of his imagery and why his photographs have such depth. Each picture reads like a momentary documentation within an ongoing narrative, inviting the viewer to wonder or imagine about the story to which it is connected.

Jesse has made a selection from his portfolio of work that he feels best describes him. Along with the photographs he has added some background to each image, giving us new insights into his craft and perspectives. 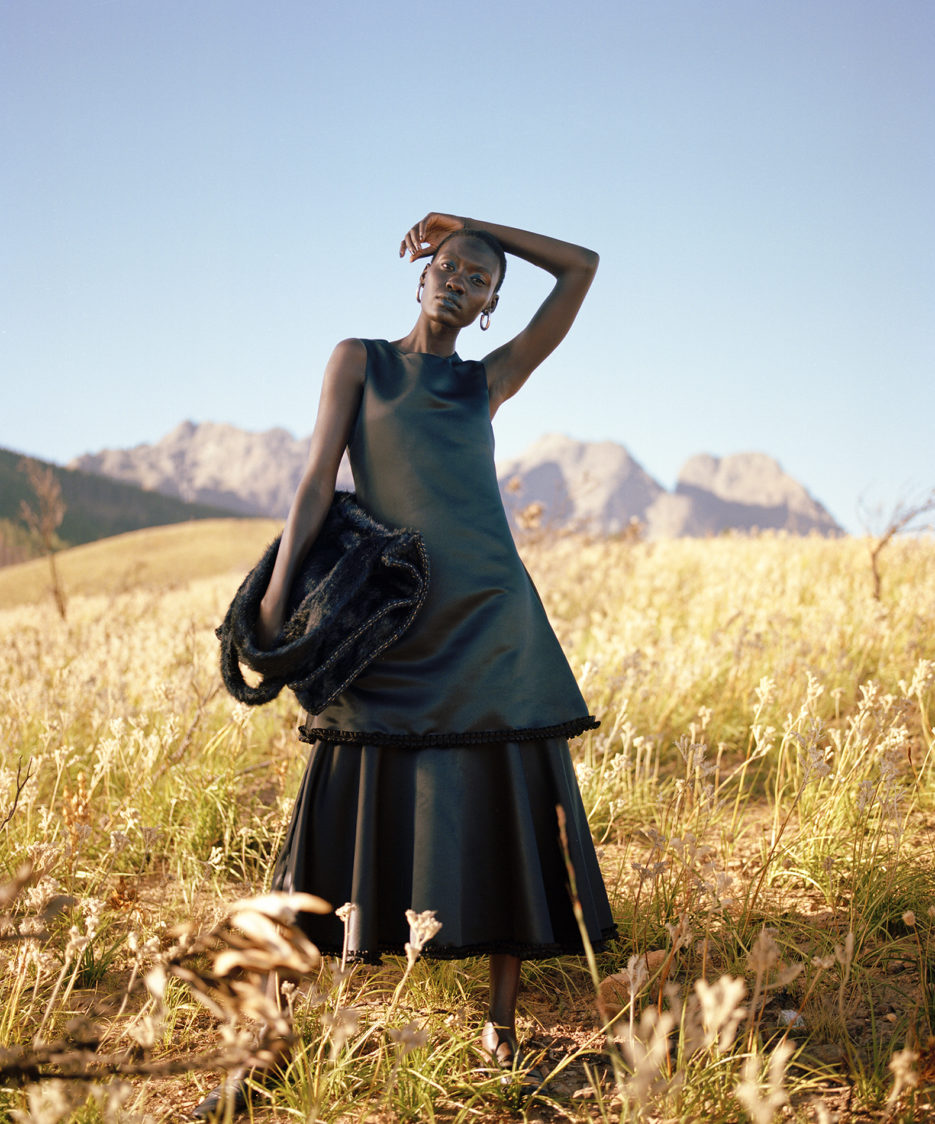 While I am very drawn to narrative-based work and portraiture, I am also drawn to fashion. South Africa is home to a wide array of fashion designers that inspire me visually, and some of them narratively as well. Anyon was also such an amazing model to work with and I had such fun collaborating with her in making the images from this collection. I also got to work with some amazing creative directors/designers and stylists on a recent trip to Lagos, and I am looking forward to sharing those images in the future. 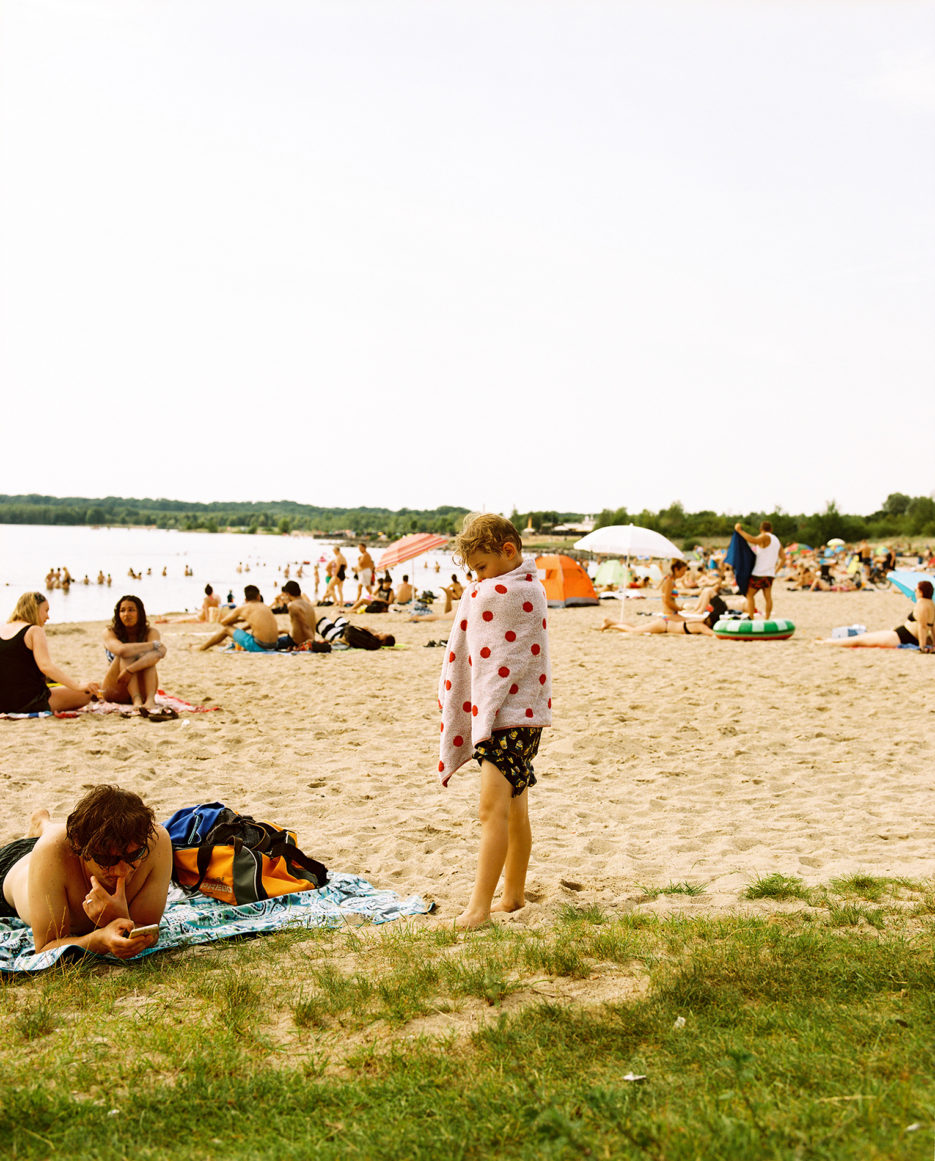 This photograph isn’t something that I find that strong aesthetically but thematically it captures a theme that is important to me: childhood. I’m interested in the concept  of childhood, with regards to my own experiences and it is something that I write about frequently. I often find myself thinking about my own childhood and try to remember and piece together the things I used to feel, think, do, fear and dream. I find myself wondering where the boundaries of childhood lie and what signifies the end of it. This is a theme that I could write about at length, but I will leave it at that. 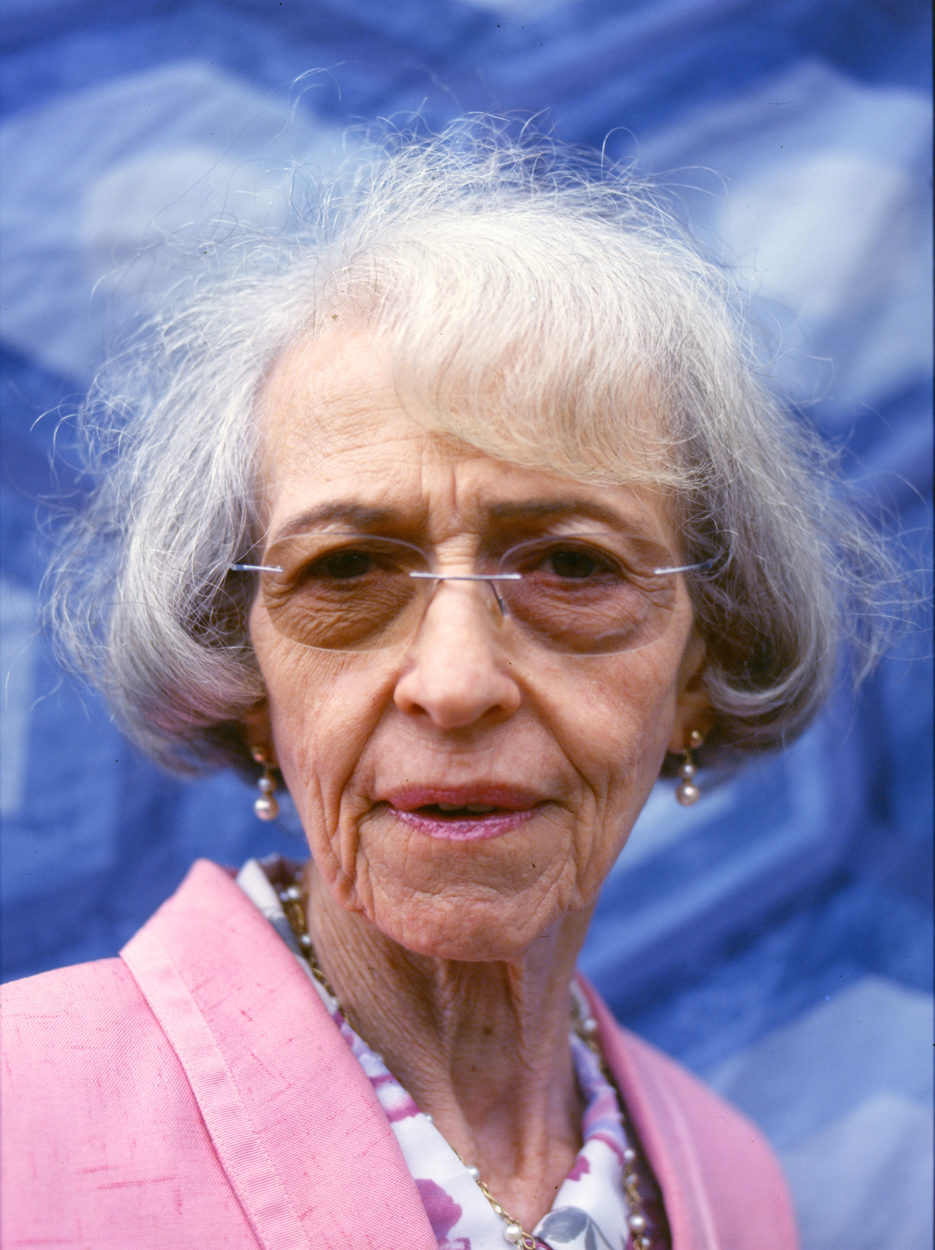 I’m a private person and often find it difficult to share work of people that are close to me. This is a photograph from 2017 – my (grand)mother. She raised me, along with my other grandmother, and is the most significant person in my life. I had just bought a new film camera around the time this photograph was taken and it came with a whole bunch of expired slide film. I got my (grand)mother to pose for me around my childhood home, half testing out this expired film and half using it as an excuse to take some photographs of her. It took about 3 months to get these photographs back because they had to be processed through a special chemical process that the commercial labs didn’t offer, so I had to send it to someone privately who ran a lab from their house. Slide film comes back as a positive when developed, unlike traditional negative film. I’m not even sure if this is one of my favorite photographs of her, or if it in any way represents her accurately, whatever that may mean, but I thought that it would be important to include a photograph of her. I have been photographing her over the last few years and perhaps in some ways it’s about an attempt to capture that which cannot be recalled by memory. In some ways I think it’s as an act of preservation, and at other times it’s about an attempt to capture the present for posterity. At the end of the day the time I spent with her while taking these photographs will always be more memorable than the photographs themselves. 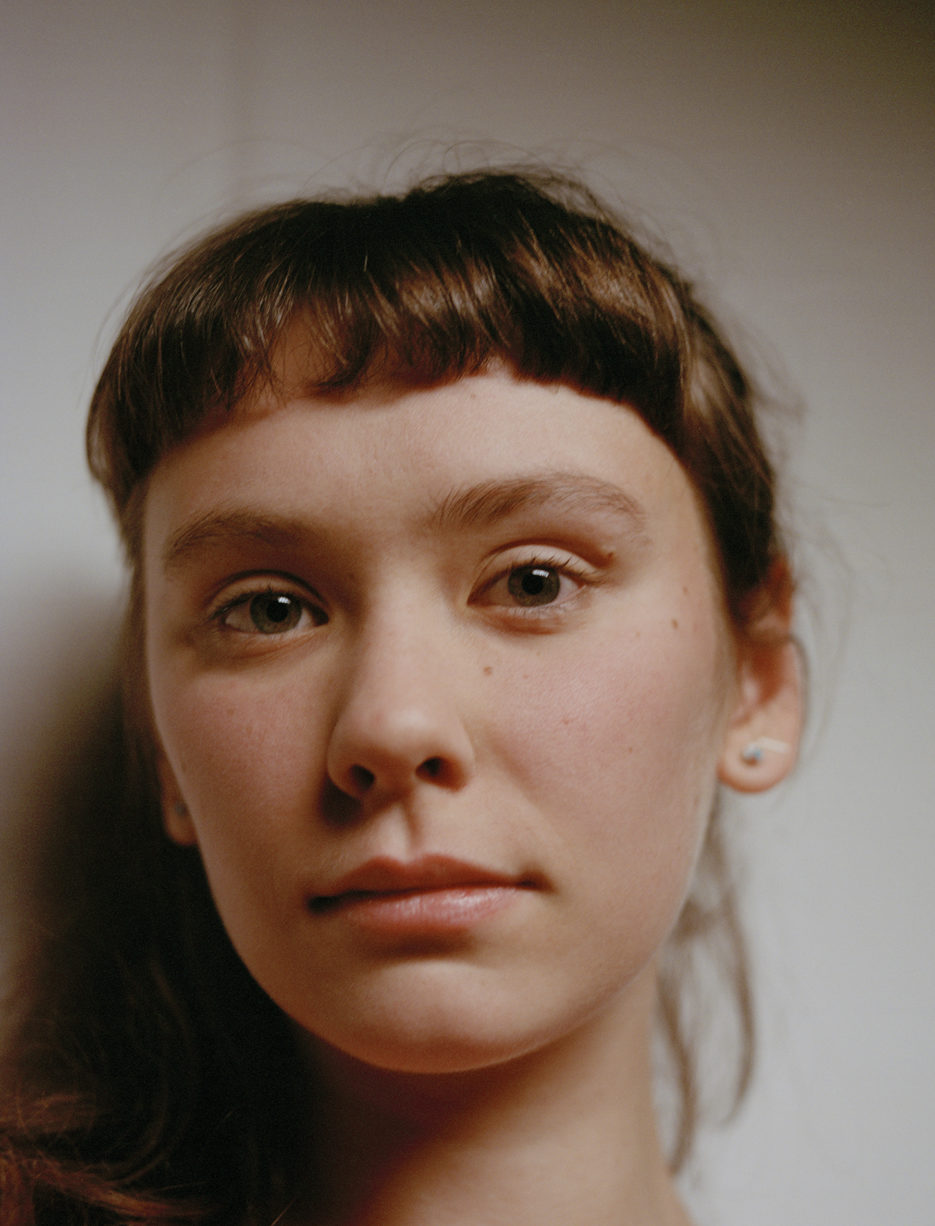 I’m not really sure if there is a narrative per se to this photograph but there’s still something that keeps drawing me back to it. Maybe it’s the theme of youth caught and distilled in a moment that appeals to me. I have since photographed Senga on another occasion and it has been interesting to witness the passing of time and to become aware to these seemingly imperceptible changes that take place as people get older. I enjoy following up with people and photographing them again to see if I can notice any changes or nuances that have shifted in the person. 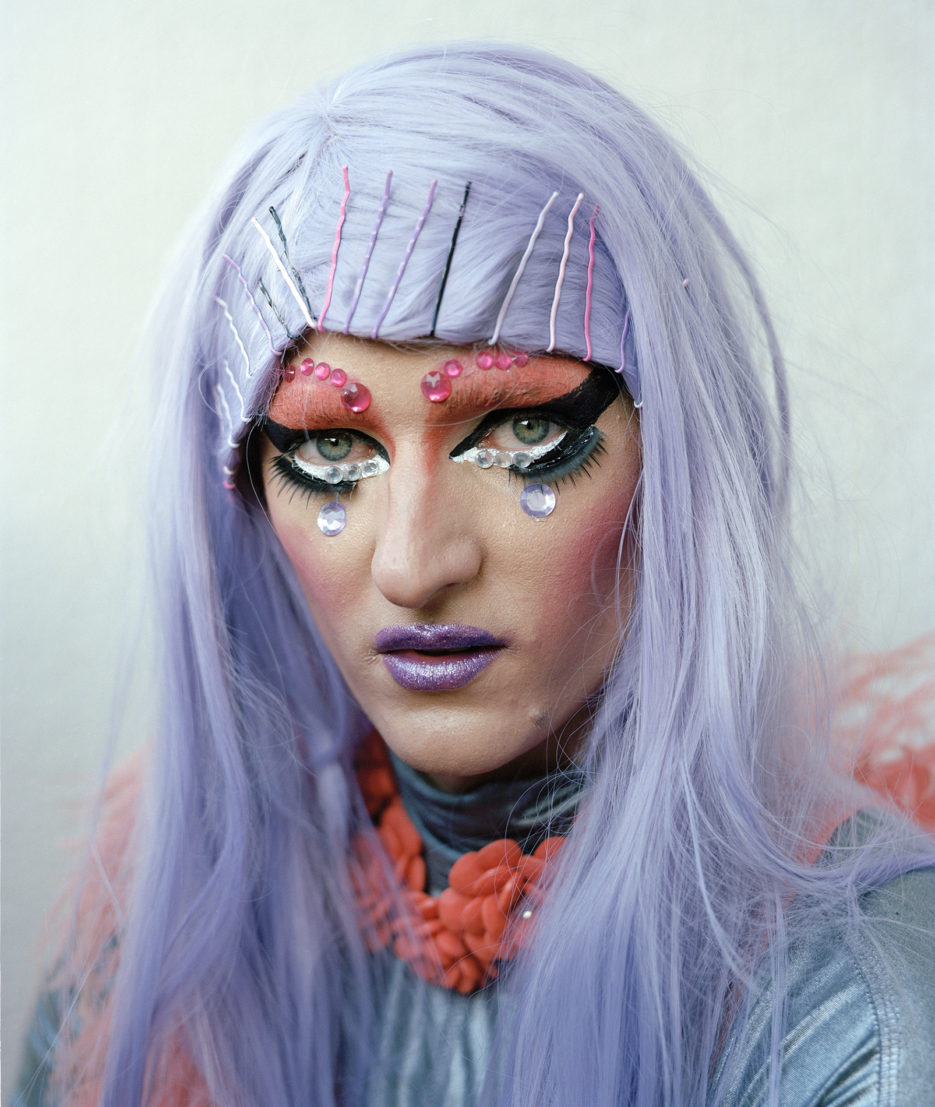 I’ve been working on a project for the last few months documenting drag queens in Cape Town. At this point I am not too sure when the project will be released because it’s something that continually keeps developing in terms of content and my understanding of the subject matter. I’ve always been drawn to intimate depictions of the subjects that I shoot and in most of my photographs I tend to be close to my subject as I feel that it’s important that they feel comfortable with me. This doesn’t mean that I just suddenly end up with a camera in their face, but I find that it is a progression of mutual trust and understanding to arrive at that point. Sometimes the stories behind photographs are more important than the photographs themselves and I wish that the viewer could at times have a glimpse into the context behind the photograph. I’m also working on a companion film piece to this project. I wanted to elaborate on the concept of just showing photographic stills of the subjects that I have collaborated with and to further try and present them more dynamically and with greater nuance through moving footage in order to show further dimensions to their character – things that have at times eluded me in the context of photographic stills. I have always been drawn to film-making and this project has been a foray into that. This photograph is from the very first session I took for the project. It’s a portrait of SufferK8, who is also my collaborator on this project. 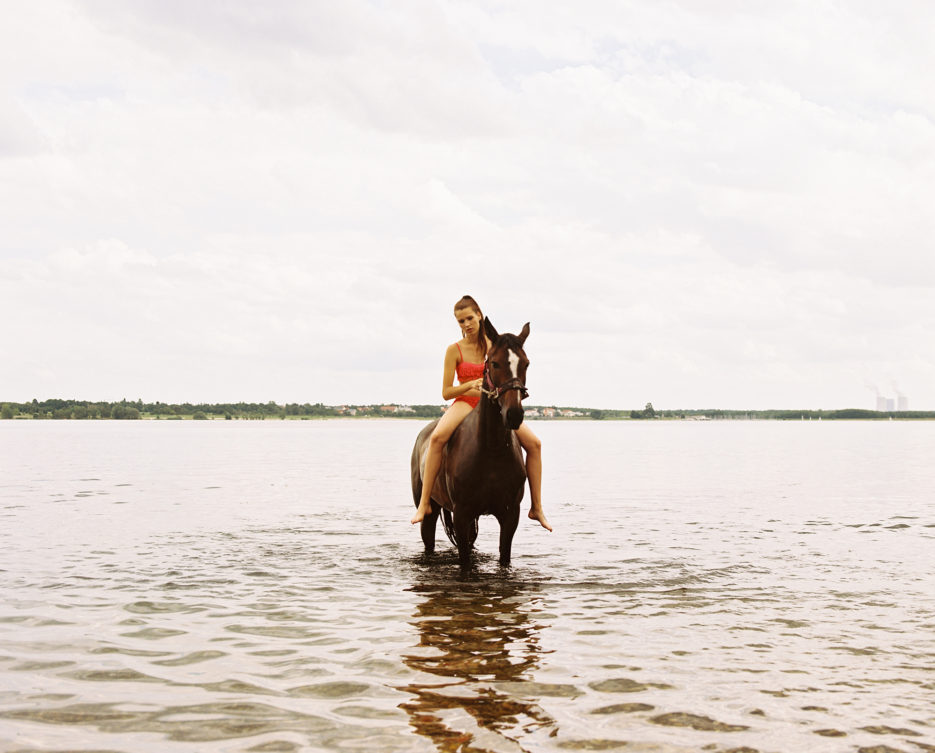 I was in Leipzig last year for a few days when myself and two friends went for a cycle. We cycled about 15 kilometers or so, before settling onto the bank of this lake where a lot of families would go on their weekends to swim and relax. The whole scene was so idyllic and almost dream-like. We sat on a bank at one of the far ends of the lake to rest when two women came trotting past us on their horses. They then submerged themselves into the water and began swimming with their horses. I was entranced by this scene and decided to capture it. I shoot everything on a medium format film camera, which has no built in light meter or auto-focus mechanisms. This photograph was not staged and I was sitting on the bank for a few minutes waiting for the right moment trying to be as inconspicuous as possible. I took about 3 shots and this was my favorite of them all. 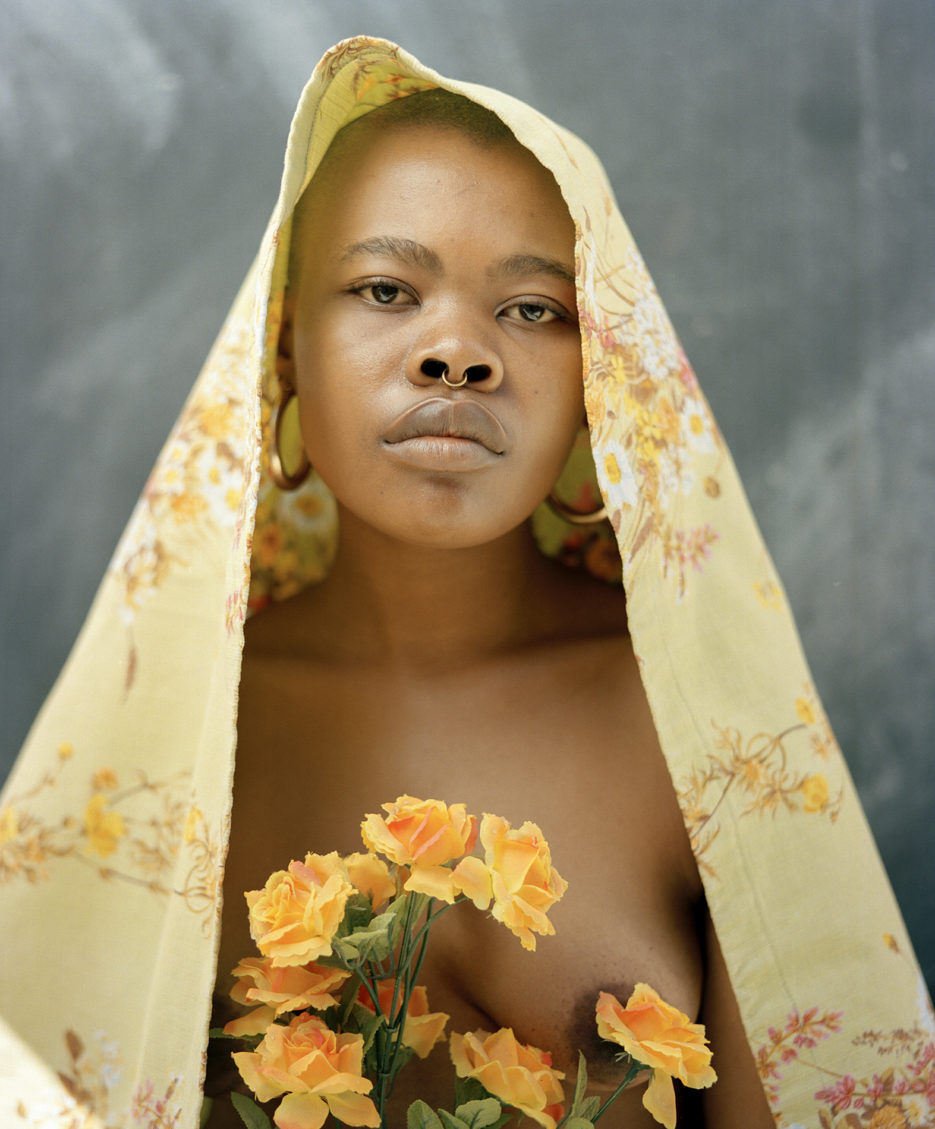 Yonela is such an exceptional creative and intellectual and I can’t wait to see all the great things that are coming her way. I took this portrait of her as part of a workshop that Any Body Zine was facilitating .Yonela was the creative director and stylist for this photograph, which I think is an extremely important consideration to take into account in the making thereof because I feel that the photograph very much belongs to her. I really admire her vision and the work she is doing and I look forward to collaborating with her on some future projects. 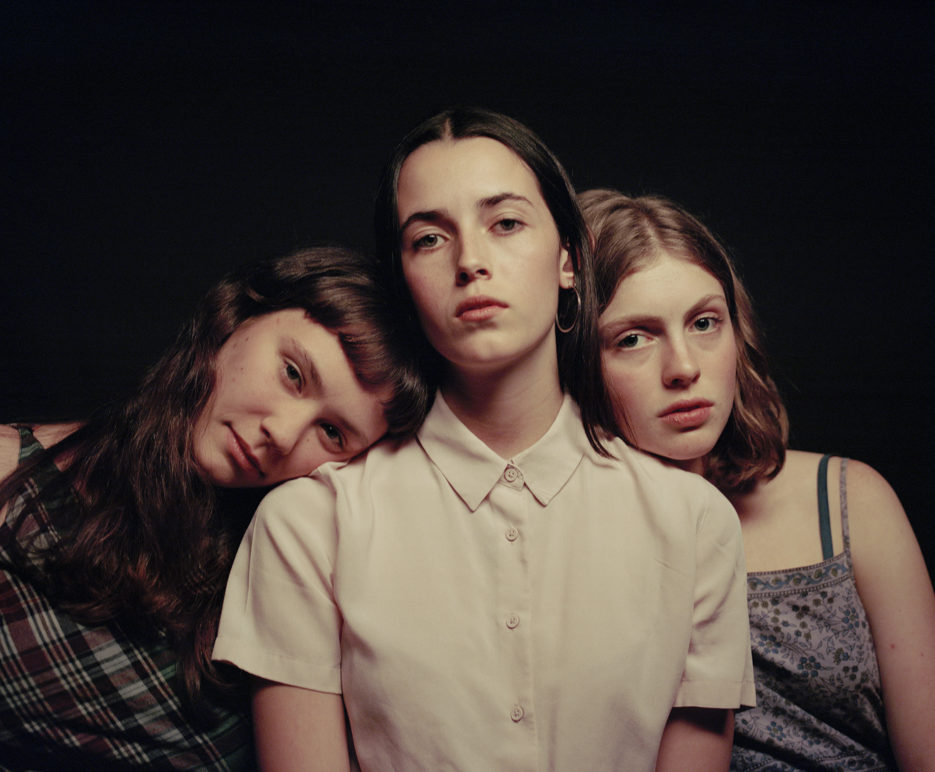 I think that this was an attempt of trying explore a certain period of time in one’s life. There’s something that fascinates me about youth and the experiences that surround it. I haven’t quite figured out what it is yet that appeals to me about this time in one’s life but maybe through the act of continually engaging with the subject matter things will become more clear. A lot of fundamental things can happen during this period (falling in love, having one’s heart broken, idealism, hope) and perhaps it is the idea of trying to make sense of my own experiences that took place during this time that draws me to it. At the moment I can’t quite put my finger on what it is that draws me to this period of one’s life, but it’s certainly something that I plan to keep on exploring.