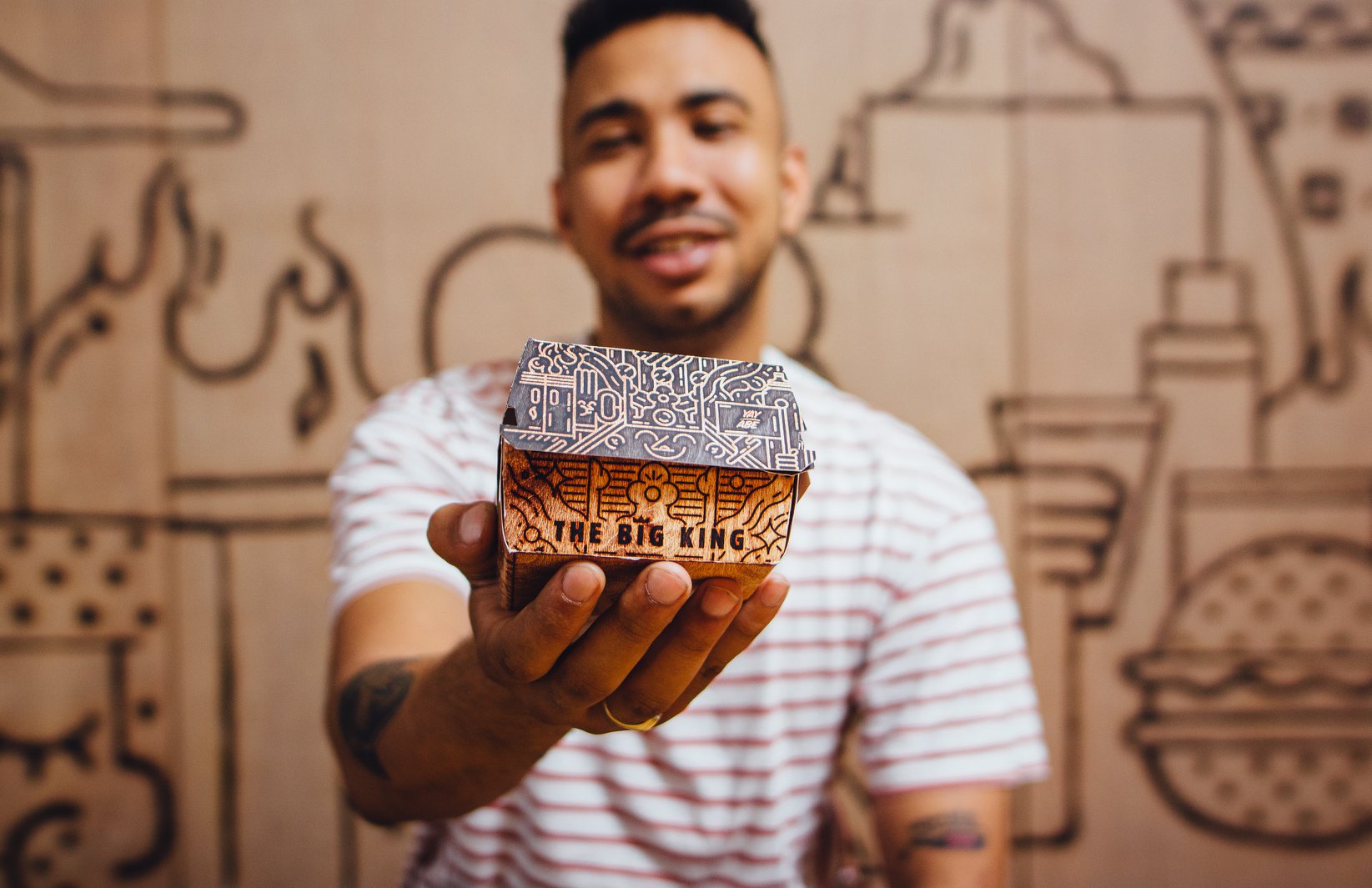 Posted at 12:54h in Advertising, Featured, Illustration by Between 10and5
0 Likes

Cape Town born illustrator, Russell Abrahams aka Yay Abe, is known for pushing the boundaries with various textures and techniques. His bold style conveys a message through vibrant illustrations and for his recent collaboration with BURGER KING® South Africa, Abrahams created a mural, with a fiery twist. Using Birchwood as his canvas and a blow torch as his paintbrush, Abrahams created something truly unique. The result? A flame-grilled work of art for the BIG KING™ campaign.

The mural was unveiled at Sneaker LAB in Braamfontein during the cultural experience of First Thursdays. Abrahams completed a portion of the mural in front of event-goers on the evening to showcase his technique and land BURGER KING®’s flame-grilled message. Ezelna Jones, Group Marketing Executive at BURGER KING® SA explains that for the past 64 years, BURGER KING® has been flame-grilling its legendary beef burgers. “Flames give our burgers its iconic taste and we wanted to explore different ways to communicate the art of flame-grilling. Partnering with Russell helped do this in a memorable and engaging way.”

BURGER KING® SA approached Abrahams with the concept. The brief was simple – to create something beautiful that incorporated the element of fire. Jones adds, “It was
important for us that whatever Russell decided to create, it captured his unique style. We didn’t want to be too prescriptive in what the result should look like.” “It was certainly the first time I have been asked to create art with flames, laughs Abrahams. “But, I am always looking for new ways to develop my craft with new techniques and textures. It was great having the freedom to try something new.”

In addition to the mural, Abrahams also starred in BURGER KING® SA’s latest television commercial, alongside his brother, Gary Abrahams. He also created a limited-edition BIG KING™ box for BK guests to ensure everyone could have a piece of his art.

Abrahams adds, “I am really proud of the work we have created, and I’ve had so much fun on this campaign.”