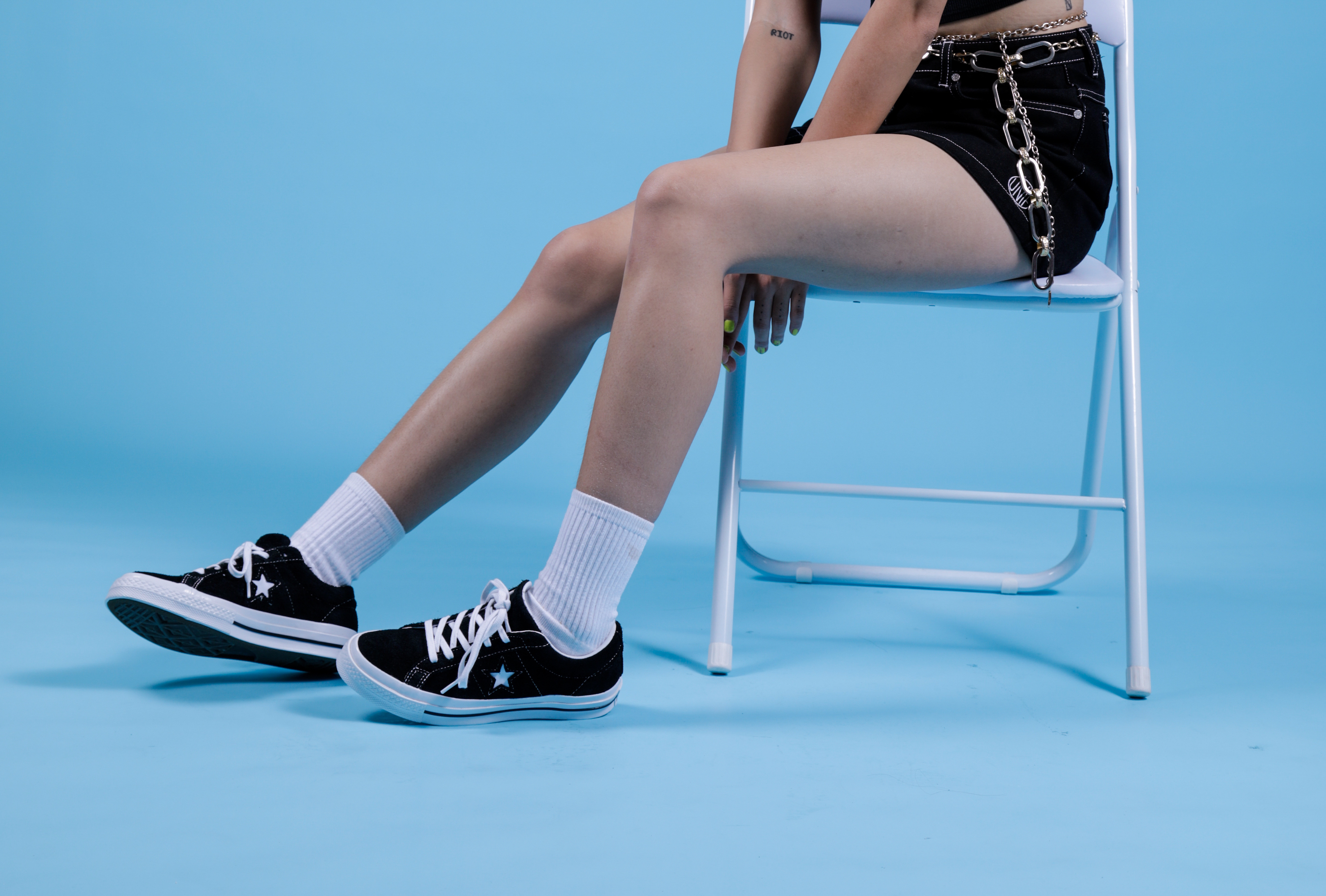 Posted at 09:02h in Featured by Noluthando Mcutha
0 Likes

The world is full of anti-heroes who are ready to shape it. They’re not always loud but make effective statements nonetheless. Nicole Sen, a student, stylist and model says her most rebellious self lives on social media and is easily identifiable in her style.

At her most authentic she is Riot Baby, a name and character inspired by 1990s underground feminist punk movement, Riot Grrrl. “It’s kind of a darker, anti-hero, rebellious name that I adopted because I thought it suited me more. I wanted a character I could go into” she says.

Simply explained the 21 year old’s style is street grunge. It’s loose and androgynous. She makes a statement from a mile away with wide-legged pants (sometimes folded at the bottom), crop tops or oversized t-shirts and socks to complete the look. Some of her statement pieces often include small sling bags, chokers, cool hats and simple necklaces. If you attended Capsule Fest recently, where Converse had various brand activations, there’s a chance you may have spotted her.

“My day to day style is mostly the same, I usually wear well cut pants, a t-shirt and then I rotate converse,” says Nicole. Lucky for her, the Converse One Star complements everything in her wardrobe.

On certain mornings, depending on how she feels she goes as far as picking her shoes first and the clothes last. More often than not her favourite pick is usually a Converse sneaker. The cut, fit and general style is up there on her list of favourite things about the One Star. For Nicole rebellion isn’t always looking “badass” she says, it’s simply about owning your style and who you are. If you’re thinking of elevating your style, get the Converse One Star from Sportscene.