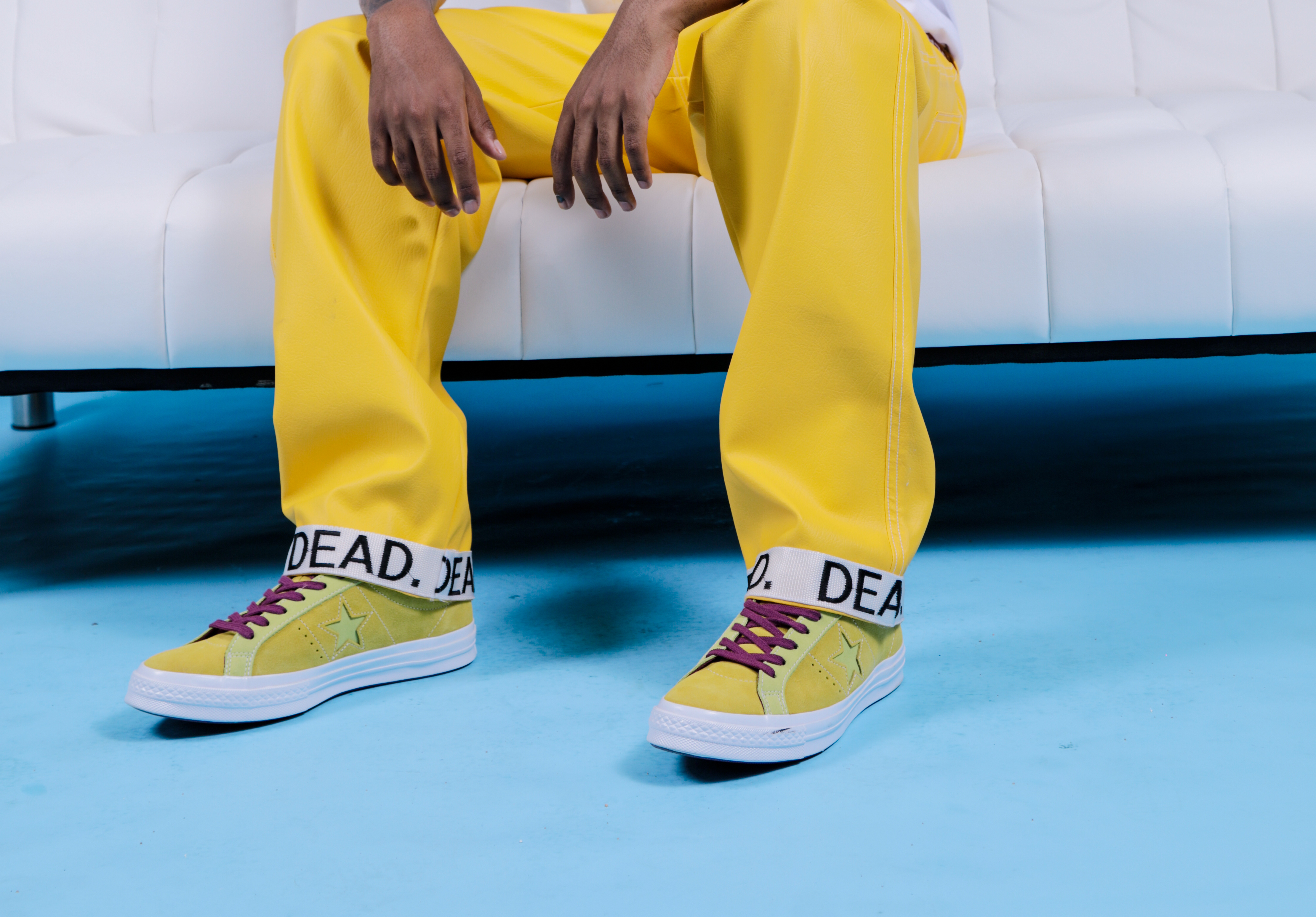 Posted at 12:01h in Featured by Noluthando Mcutha
0 Likes

To have great style you need to be daring like Nokana Mojapelo – a designer, stylist, musician and creative director whose style has caught the eyes of many fashion lovers. The recognition has made him advance far quicker as a stylist. “Style has gotten me to further places than money has”, he says. The 22 year old says great style comes from collecting great pieces. Even on days where you end up picking clothes randomly from your wardrobe, you’ll still be dressed to kill.

Nokana embraces the Spova gang movement, a movement for people who share a love for shoes. Growing up he couldn’t always wear the latest and freshly dropped sneakers because of financial strains. Now, when he steps out in them and attends events such as Capsule Fest where Converse recently pulled off successful activations, he has his younger self in mind.

This is always an important reminder for him to be fearless and ferocious in the pursuit of his dreams. Taking risks, going against the grain, along with his style are all parts of the whole that makes up his anti-heroism and the way he chooses to live it out.

His deepest attachment is to the Converse brand, “Converse is a shoe that everybody wants at some stage in their lives, at the stage that I wanted them most, I couldn’t get them or I got them much later than everybody else” he says. Now that he can wear every converse design, they’ve become one of his favourites – especially the One Star Carnival sneaker, which is available at Sportscene.