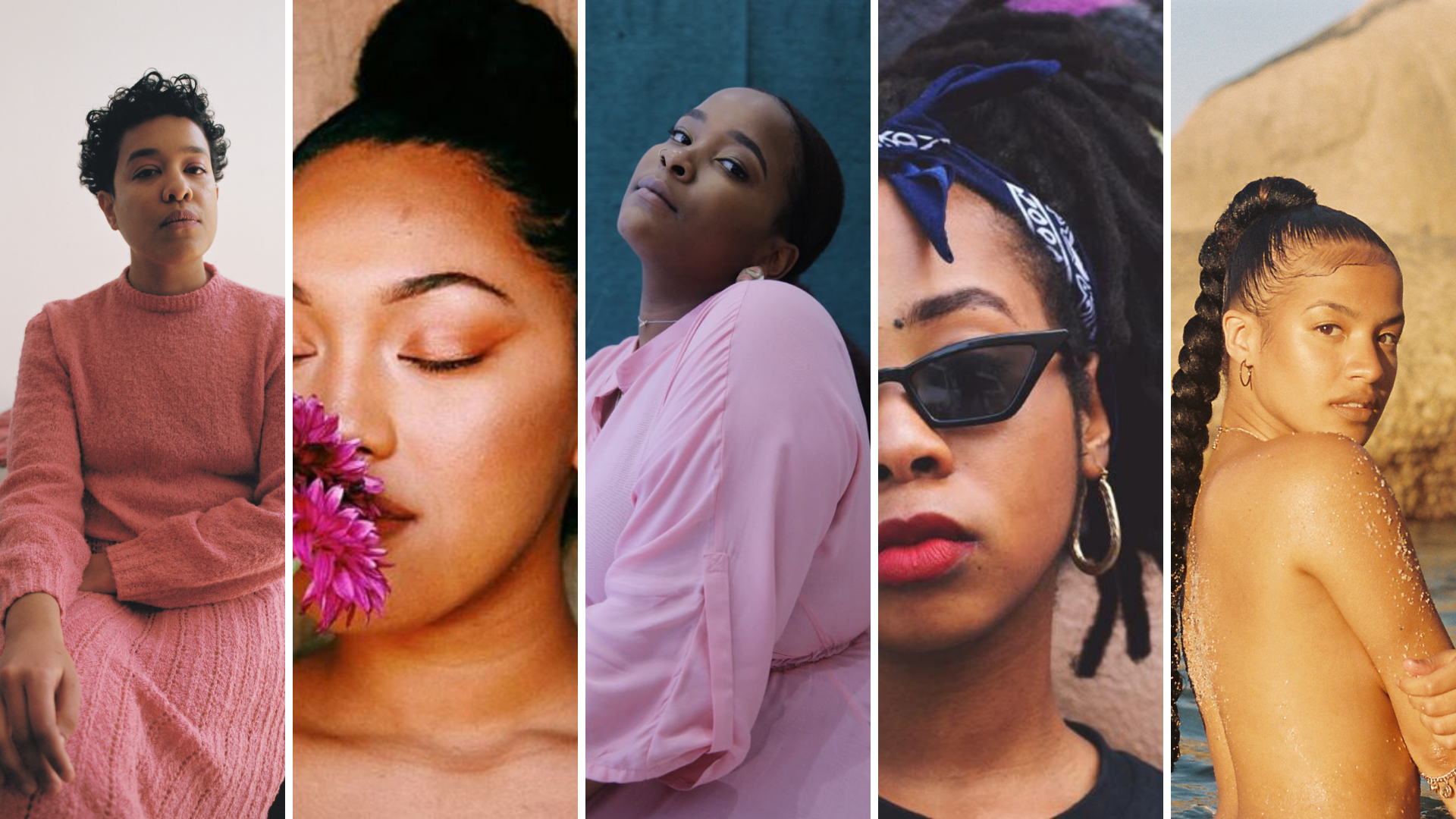 Posted at 13:30h in Music by Palesa Kgasane
0 Likes

Plato had the right idea in mind when he articulated, “music gives a soul to the universe, wings to the mind, flight to the imagination and life to everything.” It’s an incredible time for music on the African continent right now; the rise and recognition of womxn musicians, particularly over the past 5 or so years, is something incredibly worth noting. There’s no doubt that there has been an excess of talent but platforms weren’t necessarily as accessible as they are today. Thank goodness for social media and shared mediums like SoundCloud and Youtube which have allowed for new artists to share their music and build their audiences, much like the amazing womxn we’re profiling below.

They’ve got soul, style and incredible sincerity as artists. Meet the 5 womxn musicians you should plug into this year.

“My music tells stories. Through guitar acoustics, soul and R&B – from my own experiences to my experiences as an observer – I tell stories to enable me to engage with people authentically. Art is such a powerful tool and when kept organic, it can be used to build soulful connectivity between people. It’s a blessing to be able to express myself, to be vulnerable, and for this vulnerability to be received so beautifully by the public. My music has stirred up conversations about the meaning of love, sexuality, heartbreak and other relatable themes that people are often afraid to discuss. In essence, I produce music that is a raw, honest reflection of who I am and how I’d like to converse with others. ”

Nalu is an avid performer and producer on the Cape Town music scene and will be releasing her MixTape in early February 2019.

“My music is inspired mostly by my lived experiences and the wisdom passed down by the women who proceed me. It uses neo-soul and electronic elements to create a unique sound, which is embellished with harmonies (inspired by my choral music background). ”

Hunter Rose. Self- portrait via VSCO.

“I would describe my music as soulful, sincere, sultry, spicy, experimental, empowering
and centered on more than one type of love, especially my upcoming project. I’ve
explored so many different sounds over the past 6 months but all of them are and will
always be rooted in soul and have a certain vulnerability to them that I try to maintain
in all of my work.
“I’m drawn to genres like, neo-soul , funk, deep house, alternative R&B, bass, and
more recently acoustic ballads and I’ve tried to incorporate all of their elements into
my music.I write my own songs so choosing beats that reflect my ever-changing world is very
important to me. I make music with the intention of soothing the souls of my listeners
and allowing them to escape into an exciting world of truth, bad bads, unapologetic
love and glamorous fearlessness and imagination…even if it’s only for three minutes.
Because at the end of the day I want them to experience the same bliss, expression,
innocence and peace that music gives me.”

Hunter recently did a European tour and is perfecting the final touches of her debut EP recorded Red bull Studios.

“I’m a singer/songwriter based in Cape Town. Accompanied by my golden guitar, the best way to describe my music would be acoustic soul. I take careful consideration to transform spaces through tranquil melodies, sharing personal feelings and moments through lyrics, encouraging listeners to reflect on their own experiences. I’ve been avidly sharing my music for around two years now. An important part of engaging with my music is space. I spend time creating and curating my own events. My events are often in collaboration with other artists and musicians, paying careful attention to aesthetic details, allowing spectators to gently enter my world.”

Luh’ra be releasing her EP Luh’ra Luv in  February and will do a tour sponsored by Concerts SA.

As an artist, I am merely a vessel art merely gets transformed in my body so that the
lived experienced can be represented and understood sonically to teach, to heal and to
celebrate unapologetically”

We look forward to seeing what the future holds for all of them.