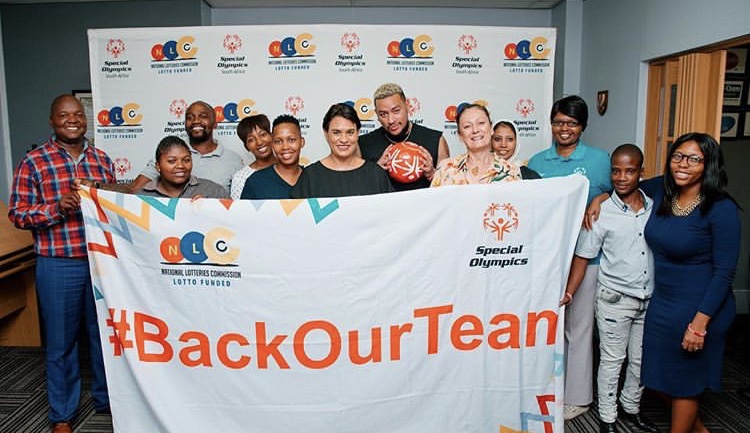 Posted at 13:29h in Campaigns by Palesa Kgasane
0 Likes

One of South Africa’s biggest entertainers,Kiernan Forbes, best known as AKA has pledged his support for the #BackOurTeam campaign by “adopting” an athlete whom he will sponsor Reebok gear and provide financing support for the upcoming Special Olympics in Abu Dhabi later on this year.

The Special Olympics have changed the lives of many differently-abled young people and provided them with an opportunity to use their talents in performing on a global level. Often, many of the athletes who take part are from previously disadvantaged backgrounds and lack funding, that’s why initiatives like #BackOurTeam are so important.

AKA’s contribution also includes a R35 000 to one of the 70 participating athletes this year, a record number of competitors including the highest number of women to ever attend the Special Olympics World Games. This year’s games in the UAE will bring together 7500 athletes, locally the ”Adopt an Athlete” campaign has made it possible for our inspirational and determined athletes to secure their spot on the world platform.

“The games will act as a catalyst for inclusion, building a lasting legacy of improved health, education, and opportunities for people with intellectual disabilities long after the Closing Ceremony of the World Games. The Summer Games will be held from the 14th-21st of March 2019.”

The Back Our Team Campaign is an encouraging initiative which other industries should look to in terms of creating opportunities for talent to be recognized beyond just funding but through support and exposure. Big-ups to AKA.