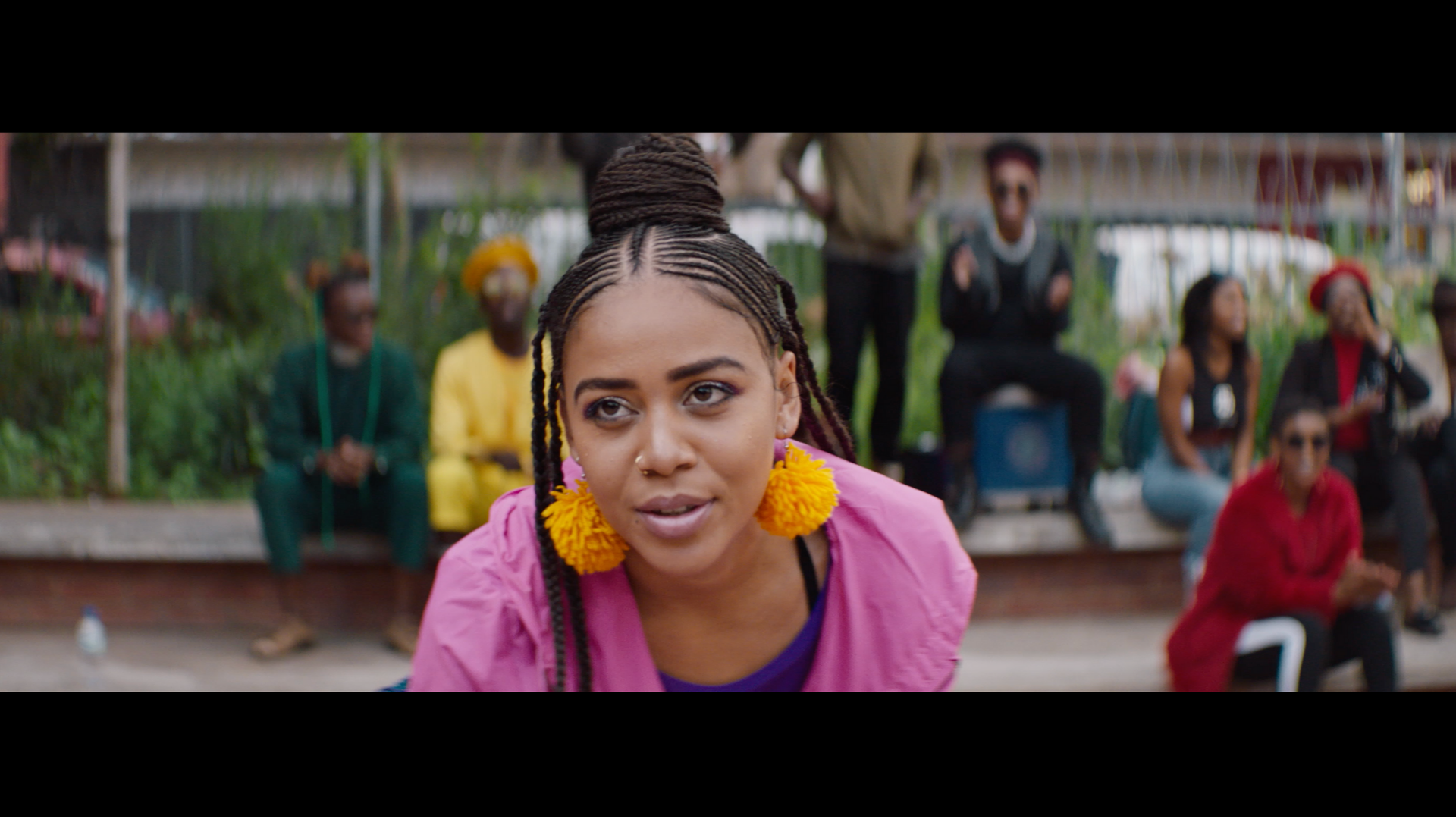 Xitonga musician and one of the freshest acts to emerge from South Africa’s music scene in 2018, Sho Madjozi released a new short film directed by Garth Von Glehn on Valentine’s Day – her way of showing love to her supporters while she’s in Charlotte, taking part in the NBA All-Star Weekend as an ambassador for NBA Africa.

“The film tells the story of a rural girl with special powers. Her powers exist for the most part undiscovered, but hints of them shine through in her superhuman accuracy”, says Director, Glehn describing the film shot in downtown Johannesburg. Bright colours, bold clothes and a quirky aesthetic make the film truly Sho Madjozi, who has been praised by Vogue Magazine and recognized at the SA Style Awards or her innovative style.

Watch the film below