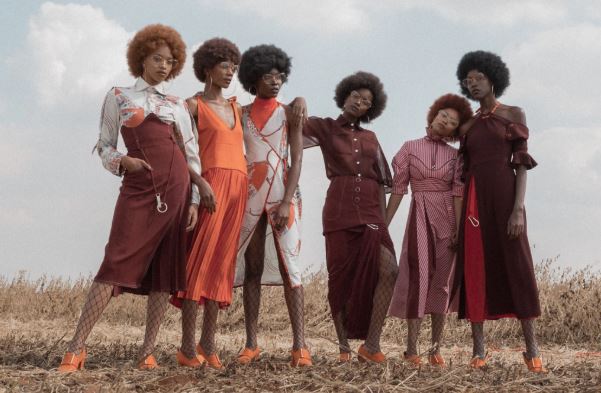 Thebe Magugu has had an exciting start to 2019 as his star continues to rise both locally and internationally.

The contemporary South African fashion designer was named this year’s winner at the British Council‘s International Fashion Showcase during London Fashion Week. The exhibition, titled Dawning featured Magugu’s African Studies collection alongside 15 other designers from around the world.

More recently, Magugu became one of 20 finalists to present their collections for an esteemed panel of internationally respected judges, including Vogue Magazine Editor-In-Chief, Anna Wintour and supermodel Naomi Campbell.

The finalists are competing for the Louis Vuitton Moet Hennessy Prize created to honour young designers from around the globe by providing a platform for exposure and mentoring .

Magugu was born and raised in Kimberly and attended LISOF, where he studied fashion and apparel. There’s a concept behind every one of Magugu’s designs and it is that narrative that makes his collections so great; from runway to lookbook. It’s certainly a promising time for South African fashion as it continues to be recognized globally and rightfully so. Congratulations to Thebe!