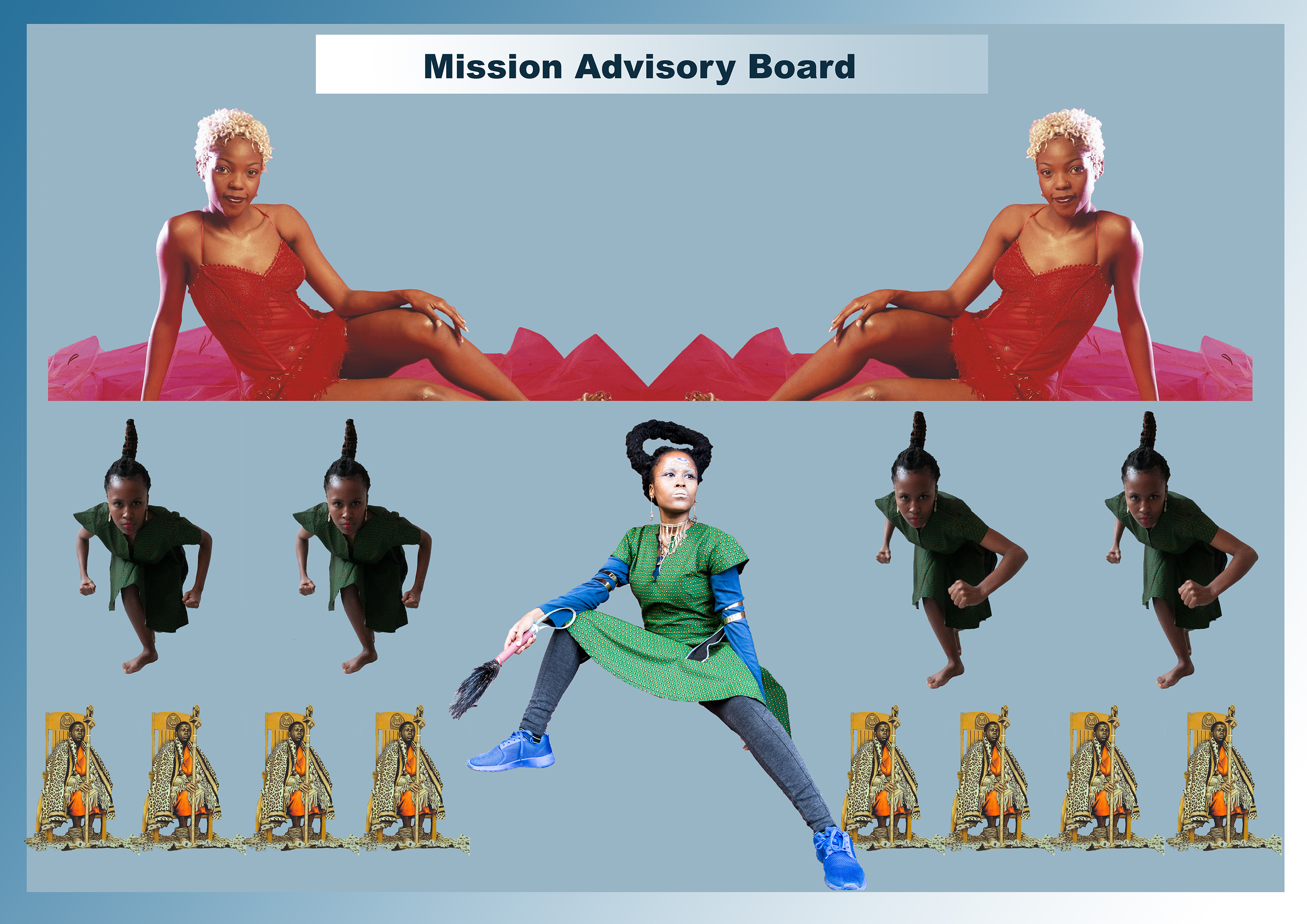 We interviewed the mastermind duo behind the platform creating visibility for budding artists in the alternative art scene.

Can you describe how Offsetculture.art came to be formed and what are the aims of your collaborations?

Offsetculture.art grew out of a discussion I (Lara Koseff), had with Ricardo da Silva, an old friend of mine from high school, about creating a new platform; both for artists functioning outside of traditional circuits and for young or new collectors. Ricardo was a young professional, itching to collect good art but feeling estranged from the existing outlets. I had been working in the commercial gallery world for almost a decade and was looking to explore life as an independent curator, and also wanted to explore creating a new and redesigned commercial platform.

Who are the individuals in the team that makes up Offset and can you give us a little background on yourselves?

The team at the moment is just myself and Ricardo, although we don’t run it full-time, Offset is one of the various projects that we’re each involved in. Ricardo is a web designer, economist and musician. He has over 15 years’ experience building online platforms and running operations within financial markets. I am an independent curator and writer. I spent eight years working for Goodman Gallery Johannesburg, primarily as a curator and artist liaison. I worked extensively on the gallery’s ongoing South-South series, which looks at connections within and constructions of a Global South, and was an amazing, eye-opening opportunity for me and has had a big impact on my interests as an independent curator and a researcher.

In your manifesto you talk about “seeking out alternative cultural spaces and communities intent on rebalancing the art world” – how and by what means would you like to see a return of balance to or a reconfigured form of the art world?

There is an obvious and undeniable imbalance in the art world at large, and we’re seeing more and more of a critique of this in popular media.
The commercial art world and the major internationally recognised galleries are undoubtedly crucial for the local art ecosystem and are doing phenomenal things – presenting exciting programmes and institutional, museum quality shows in South Africa and really trying to focus on building their viewing audience as well as their collector base. Despite all of this, I started to feel uncomfortable about the way in which the commercial art world often seems built for and driven by the 1%. From an economic standpoint, especially in the Global South, I realised that artists often get caught up in these systems unwillingly, and critically, but are compelled to be a part of them. And then there are those who feel excluded, with galleries needing to take on more international artists to compete on a global level and not being able to constantly take on new or young local artists.

At the same time I started to see amazing, mainly artist-led initiatives that were established so that artists have a shot at functioning independently. I started to look at the work done by Assemblage and VANSA and their Talent Unlocked series, which mentors young artists in a really incisive way; artist run print studios such Danger Gevaar Ingozi and Sara-Aimee Verity’s edition ~ verso; collectives such as Title in Transgression and their Lephephe print gatherings at Keleketla! Library; online platforms such as yourselves and Bubblegumclub that profile young creatives across various disciplines based purely on their impressive creative output and not only which spaces are showing their work.

This was all exciting to me and our mission was to support these initiatives, while trying to invert the perception of young collectors, who even though they often can’t afford to, still often want the endorsements of galleries or identifiable names if they are buying works. Mine and Ricardo’s friends, all highly skilled professionals, would often remark on how alienated they felt from buying art – the whole thing just seemed too inaccessible, which is crazy. They have been so supportive of our platform and I feel good about welcoming my contemporaries into the world of collecting.

Please tell us about some of the artists that you’re currently collaborating with and what drew you to work together.

As mentioned we were very keen to work with artist-led, independent initiatives, and I had been hearing about what some described as “guerrilla” print studios in Johannesburg such as Danger Gevaar Ingozi and via artist Nina Barnett – who I knew from Wits and whose work I had always loved – Sara-Aimee Verity’s edition ~ verso. These are both genuine efforts to create experiment driven spaces, giving priority to collaboration and invention and I wanted to try and highlight what they were doing and offer them a small commercial outlet.

We also wanted to offer a space for what some may call artists’ “side projects”, such as Florine Demosthene, who is a painter and creates magical works on paper, but had also been posting these incredible digital collages on Instagram. I contacted her asking if she had ever printed them and she hadn’t due to not finding the right platform, with her galleries wanting to focus more on her paintings and drawings. Sara-Aimee also connected me with Dorothee Kreutzfeldt, who she worked with to create these both delicate and bold etchings with chine collé, which are such an interesting departure from Dorothee’s work as a painter. What some view as smaller projects, these I feel are in themselves important aspects of artists’ creative trajectories and have the added advantage of sometimes being more affordable than their grander productions.

I also maintained some relationships with artists who I had worked with on gallery shows but were functioning independently such as young artist Helena Uambemebe, whose self-published prints were a hit at the recent Investec Cape Town Art Fair, and Brazilian Gustavo ​Speridião.

We also created a poster series looking at a new generation of creatives who are crossing boundaries and creating incredibly innovative work, such as digital collage by Lunga Ntila and Malebona Maphutse, digital painting by Luca Boni and Octavia Roodt, illustration by Bianca Brand, Dillon Harland, Musonda Kabwe, Kgabo Mametja and r1.

You’ve just participated in your first South African Art Fair, this year’s Investec Cape Town Art Fair. What was your take away from this event? Also, there seemed to be some noticeably active commentary and artworks/performances surrounding the elitism as well as inequality of the art world – do you believe that this symbolises a shift in the status quo or things will simply carry on as usual once the dust has settled?

I think that the art world’s elitism is of course highlighted in an art fair context, which brings to the fore the way in which our local gallery-centric art eco-system is dominated by commercial or private spaces, and it’s important to see work that challenges these structures from within. We have no biennales, few project spaces and public institutions eke out what they can on insanely small budgets. Our major art events and big “art weeks” are generally centred around art fairs, which exclude those who are not associated with galleries or institutions and are also often prohibitively expensive for smaller organisations or companies.
The fair was no-doubt world-class and highly international with an interesting focus on the continent. However with it becoming more international, it starts to take on global art world issues without a distinct reflection on how art world elitism manifests in a country plagued by extreme socio-economic divides and secondly, what has transpired at super fairs such as Basel, where David Zwirner called on big galleries to be charged a form of “art fair tax”, towards funding participation of smaller galleries.

A definite highlight for me were examples of support and collaboration within the art community. It was heart-warming to experience established artists introducing young, emerging artists to important international collectors; big galleries consigning us prints and sending their clients our way. It was a great, giving atmosphere in that way. There was also a deep sadness in the air surrounding the death of Bisi Silva, who was a trailblazer in terms of transforming the contemporary art scene in Africa, and a friend who knew her well suggested that we need more cross-collaboration on the continent to keep her spirit alive. It was also wonderful that we were included together with incredible online platforms such as 50ty/50ty and Bad Paper, and some of the highlights for many people were these as well as other seemingly more peripheral sections such as A4 in the unframed section and initiatives such as Angola Air, The Project Space and the Southern African Foundation For Contemporary Art in the cultural platforms section, as well as Tumelo Mosaka’s TOMORROWS/TODAY section focusing on emerging voices, albeit those represented by featured galleries. All of these initiatives I believe are certainly shifting the the status quo in different ways.