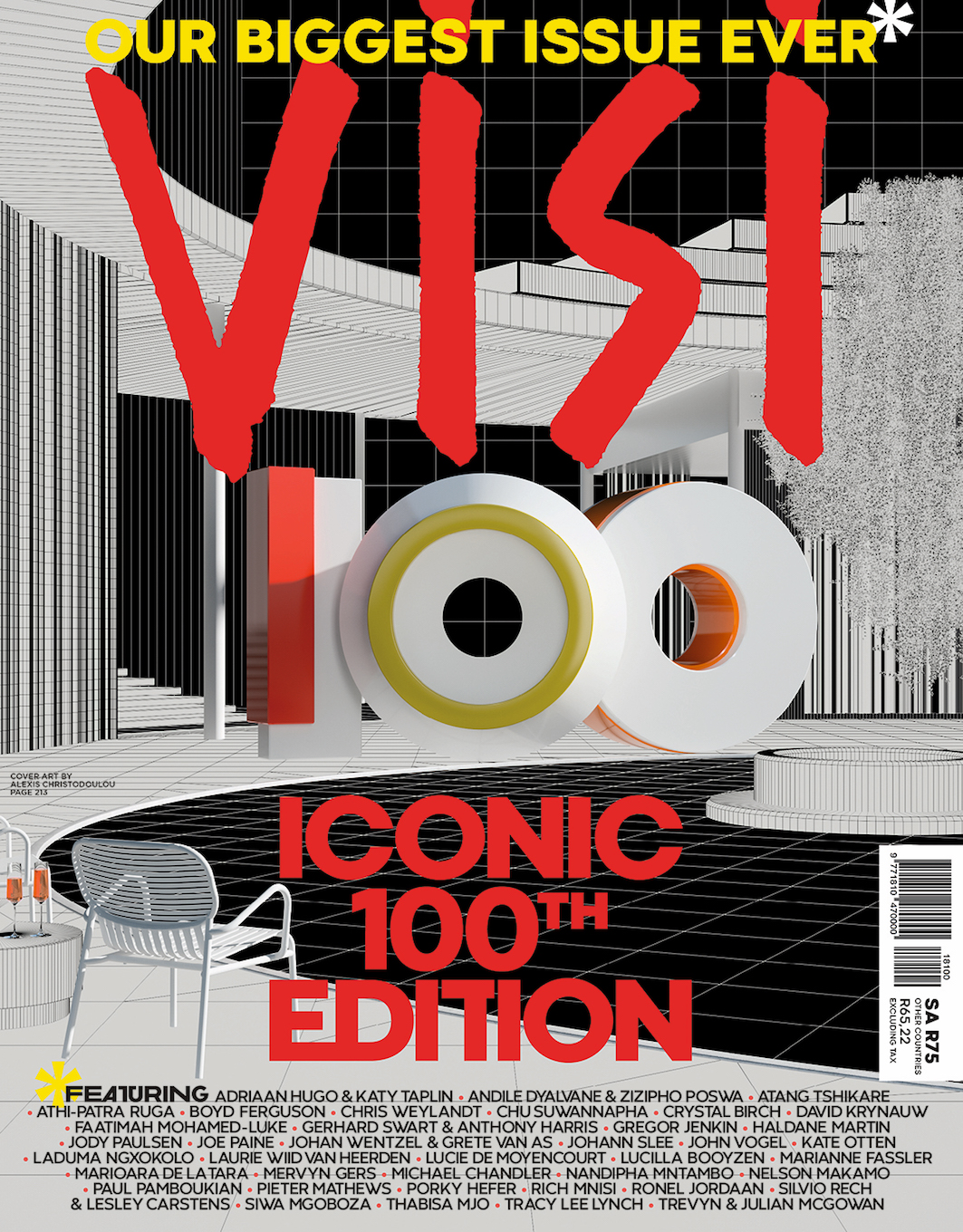 First launched as an annual in 1998, the February/March 2019 edition marks a tremendous milestone for this highly regarded publication that has consistently recognised and supported local creativity and been awarded for its thought-leading, boundary-pushing approach.

Fans of VISI have long been collecting the magazine, but at 356 pages, the bumper 100th issue promises to be a collector’s edition of note.

“With VISI 100, we have chosen to look to the future and not to the past. We challenge you to re-enVISIon your world because, after a 100 issues, we can confidently say that design is at the forefront of how we live, work and connect.”

This edition of South Africa’s most beautiful magazine will feature 10 magnificent spaces in Southern Africa that, according to Sumien, “totally reflect the modern African aesthetic”.

The supersized Reasons section is a combination of people who have supported VISI and who VISI has recognised right from the start, as well as some exciting new creatives who are shaping the future of design both in Africa and the world.

VISI 100 is currently on shelves in bookstores and newsagents