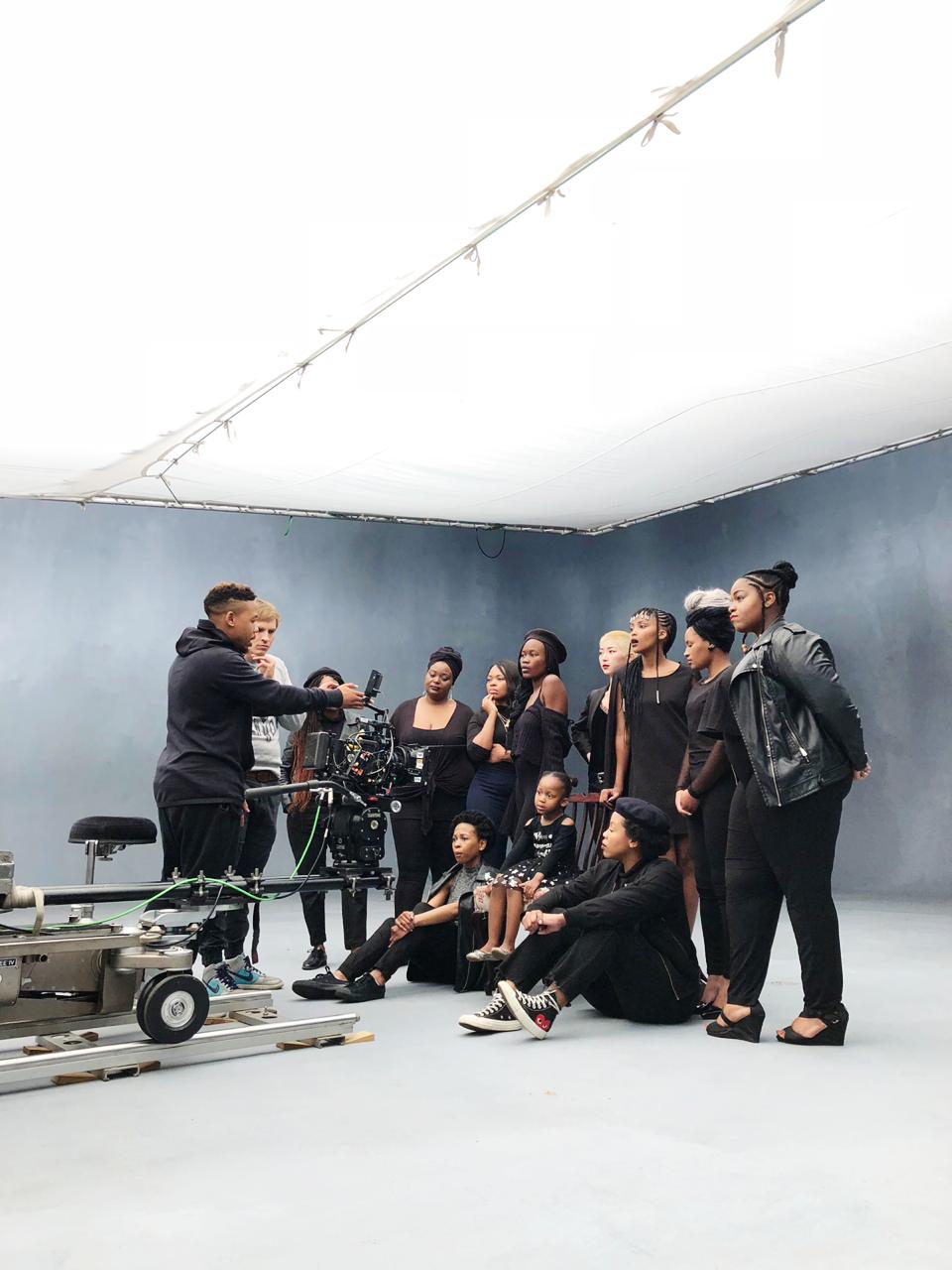 21 Mar A Seat at the Table – a Campaign for Empowerment

A seat at the table is an online campaign centred around amplifying the voices of a changing society, a society that seeks to continuously empower women and encourage fearlessness.

It is an ode to those who are bold enough to stand up for what they believe in.

In conversation with the campaign’s director Paul Ramaema of Seriti Films, he describes how the intention was to create an internal, online PSA centred around highlighting the struggles, injustices and inequalities faced by women on a daily basis, with the intention of portraying women who felt most marginalised in our society.

Conceptualised as an inhouse passion project with a strong, non-gender biased group of individuals who took part from its inception to the final look of the film.

Paul, who is  genuinely influenced by the content he works with, used a female-written piece told by a strong female voice, and seen through the eyes of women.

“The one thing I would like to add, is the initial fear I had of doing this piece as a man, I tried to approach it with as much sensitivity and insight as possible so I am glad to have been surrounded by feminists who assured me and taught me new ways of looking at the female narrative which to some extent I had experienced personally having lived and been raised by a single woman. So it was both a social and eye-opening campaign”.

The brand campaign was created to exist solely online and through social platforms. The idea was birthed around the month of August, in time for Woman’s day celebration, but as a collective the production team felt it imperative to not associate it to a specific event or time as it is a concept which speaks to everyday social issues.
The collective  who created the project hoped to reach a large audience of people who share similar sentiments and are for a progressive state of gender-equality in society.
____________________________________________________________________
Production House: Seriti Films
Director: Paul Ramaema
Exec Producer: Leanne Kumalo
Producers: Jhadi Quinn & Yolanda Hlakula
DOP: Brendan Barnes
Editor: Jade Bowyer for Post Modern Post production
Titles & VFX: The Maze Creative
Sound design: Audiophile post
Music: Tiger fight music

A Seat at the Table, Empowerment, Paul Ramaema, Pulse