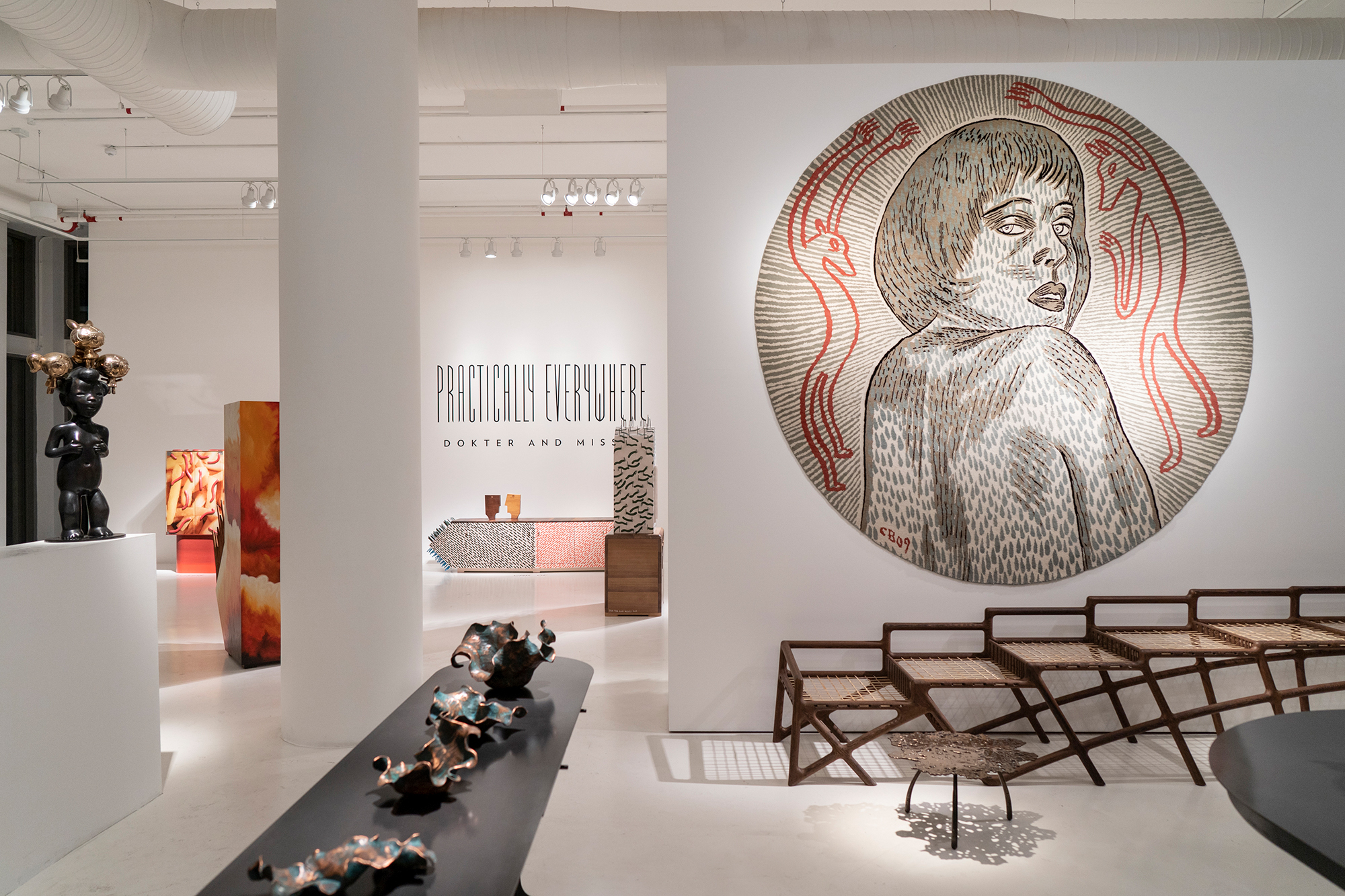 Posted at 10:00h in Design, Featured, Furniture, News by
0 Likes

Dokter and Misses have launched a new collection of collectible design inspired by the creative disorder and decay of urban ecosystems. Largely consisting of sculptural cabinets in timber, steel and glass, this new body of work experiments with jagged shapes, odd proportions and stacked forms overlaid with textural surface treatments.

“Smooth surfaces are interrupted by jagged lines and unconscious gestural marks. Function is encapsulated and overgrown by clumps of irregular forms. Traditional furniture structural configurations are turned inside out and decorated with dysfunctional clutter. Negative spaces become a nest for 3D visual noise.”

Inspired by Tramp Art and the notion of needing to be busy, Practically Everywhere aims to communicate the feeling of being in an environment rather than the actual environment itself. In keeping with Dokter and Misses’ strong graphic signature, the new collection overwhelms the observer while exploring themes of over-saturation, disruption and unconscious actions and reactions.

Ever responsive to their local surroundings and Joburg’s inner city, the designers conceived of this collection as an abstracted study of their immediate environment, which has adapted to and been overtaken by natural forces. The work’s radical aesthetic conveys this sense of entropy and evolution.

Hugo and Taplin founded Dokter and Misses, a multi-disciplinary product design company, in 2007. Their respective industrial and graphic design skills combine to create work described as  “modernist, where strong construction lines and a bold use of colour create graphic shapes and spaces.” Their innovative designs – including both limited-edition and production furniture, lighting and interior objects – have captured the attention of interior design enthusiasts across the world and defined an original aesthetic that is distinctly modern and African.