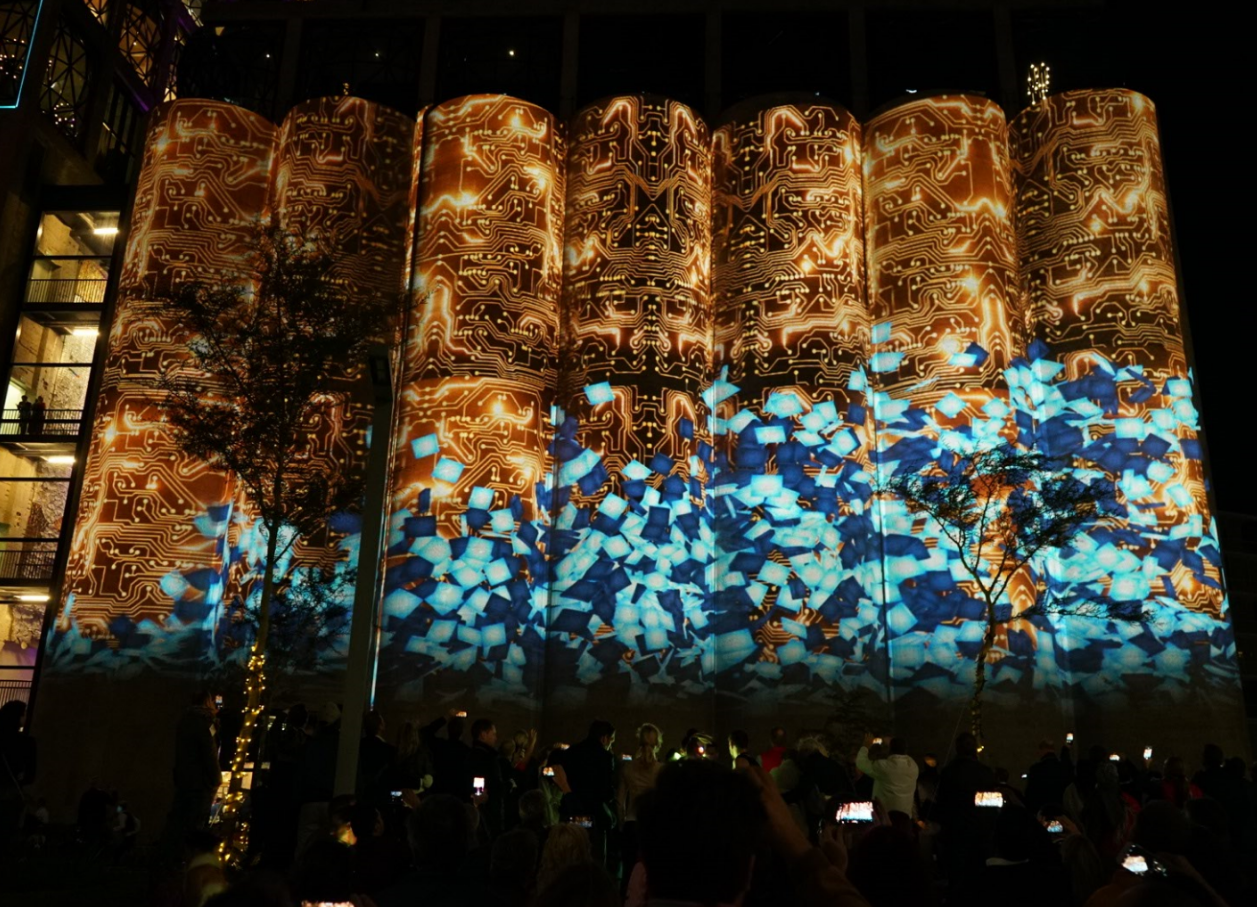 Produced for the Young President’s Organisation, the Silos 3D Projection was held on the 7th March at the newly unveiled Zeitz MOCAA building at the V&A Waterfront. A team made up of Fabian Humphry from Cape Lasers, Paul Sainsbury of Venturescapes Events, Philip Beardwood who headed up the technical and project management as well as Heidi De Sousa who provided the aerial performers created this majestic concept. Setting the record for the largest projection on the continent.

“It’s my idea of a perfect architectural canvas” said Fabian Humphry, the 3D projection specialist behind the show’s animations and visual design. “When Philip Beardwood, the technical director, mentioned the opportunity to create a show on the iconic silos, I knew I had to produce something unique and special. I wanted the visuals to acknowledge the architecture of Thomas Heatherwick, following his renovation of the Silos Building into the contemporary space that it is today. It was all about remaining true to the form and structure of the cylindrical geometry. From here, I could manipulate the building in 3D to make the audience feel as if the building itself was alive. The aerial performers added another dimension to the show, and we created content which interacted with their movements.

The technical side of the show was just as impressive. “The show running at 4k resolution totalled 180,000 ANSI lumens in brightness from 9 large Christie 20k projectors configured in a 3 x 3 Matrix covering nearly 1200 square meters, ” said Philip Beardwood, the technical director and project manager. “The stitching and blending process took 2 nights to perfect until we had a seamless large screen spread over the silos”

The weather was a challenge, with wind gusts up to 75kmp/h. “The aerial wall runners were incredible to still perform under these conditions” said Heidi De Sousa, who manages the aerial performers. Safety was of the utmost importance to us, and we made sure that things were done properly. The fact that it was a first for the country added to the pressure and variables. Despite these conditions, all our hard work paid off.”

“We really wanted to do something special for our client” said Paul Sainsbury from Venturescapes Events, who headed up the production and the event as a whole. We came up with the concept and proposed it to YPO who loved the idea. The show broke new ground within South Africa and the continent, and we look forward to bringing the South African event space to the international market.