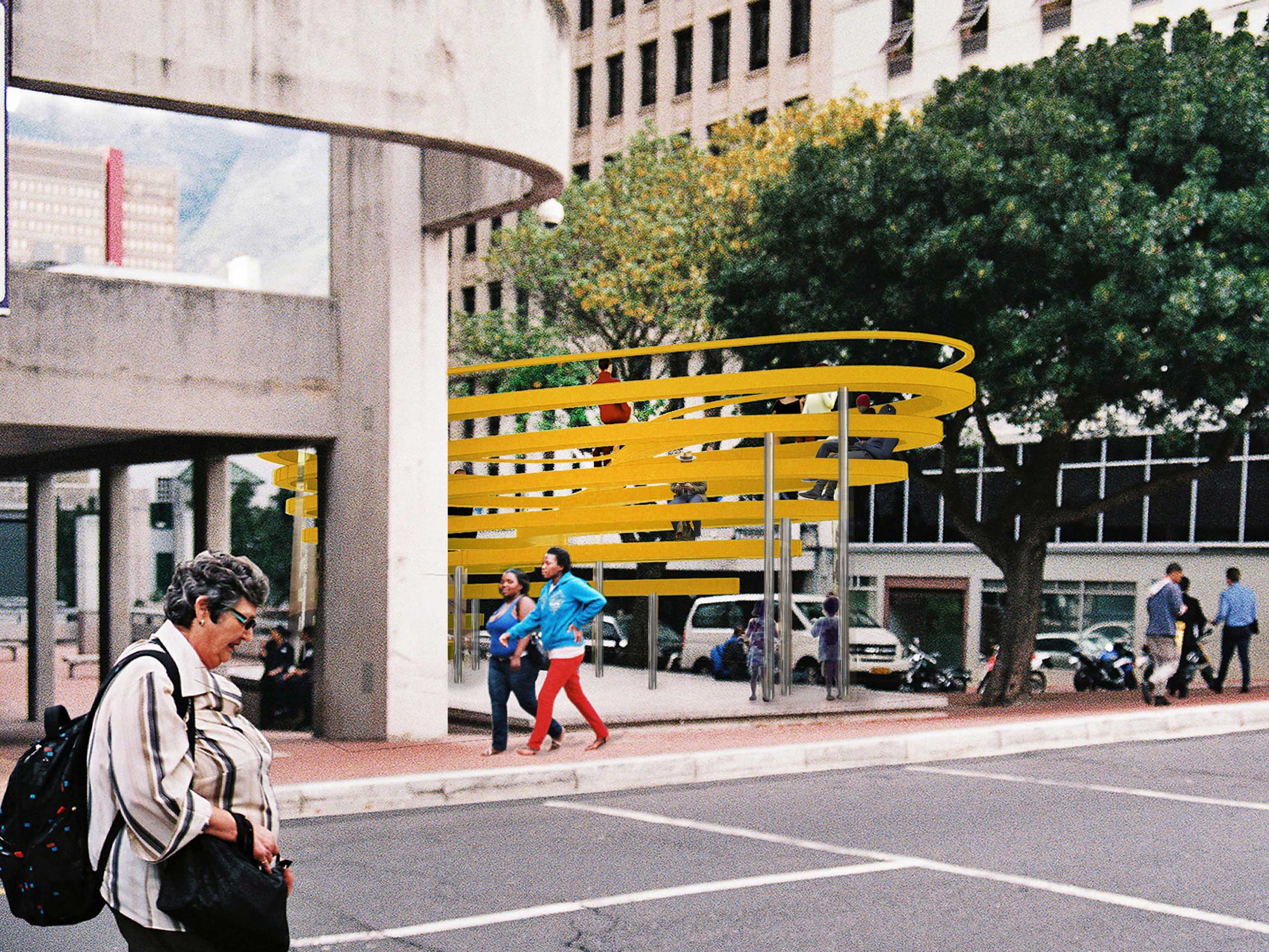 Leonard Miller and Catherine Moronell the team at MiMo Architects have been finalists in several public space design competitions in Cape Town, which they have used as platforms to develop urban furniture concepts. They have developed 3 projects that employ a language of sculptural form that invites play, conversation and respite within the urban landscape. The three projects are as follows.

The proposal for this parklet offers a platform on which the public can act. It intends to have the least amount of design possible. Through the appreciative inquiry we chose to loosely replicate that which is already successful. The hills will be a meeting point and at other times a breathing space; ultimately the public decide. The work done on this project was in collaboration with Thingking.

This entry for a civic space sculpture competition for Cape Town’s Long Street aims to invert the object-as-sculpture, to place people as the central ‘live artwork’. The basket-form is an inversion of a spectator’s grandstand, encouraging gathering and engagement in space.

A sea of soft colour flows from edge to edge, lapping at sides of the existing buildings, pulling them together. A fragmented space can be connected with a single gesture. The four circles of the original landscaping will be subtly framed, projected, illuminated and shaded, extending new public uses. A Wi-Fi zone supporting free play both physical and virtual, extending the library’s social domain.