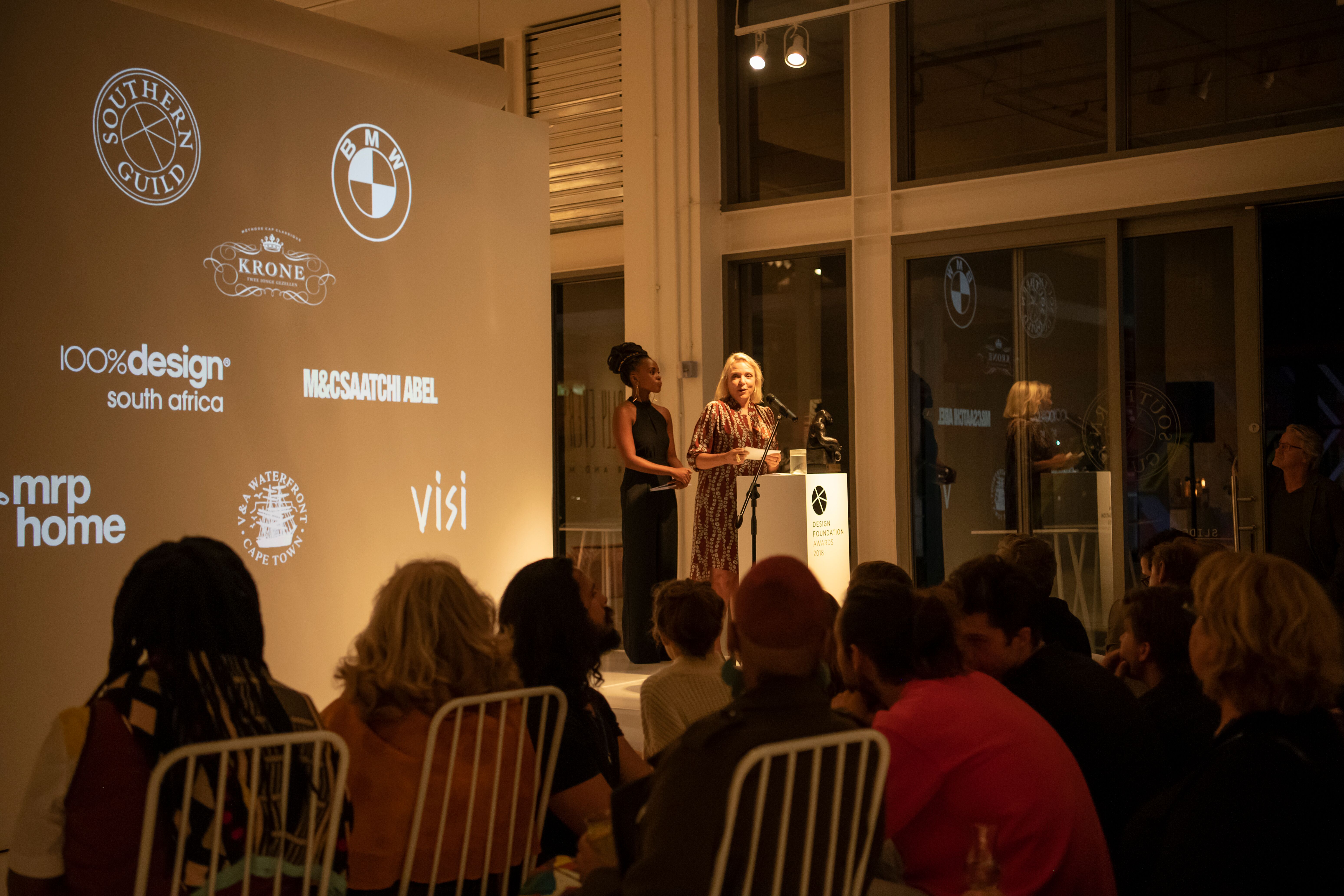 Posted at 17:00h in Design, News by Tyrone Fisher
0 Likes

South Africa’s leading designers were honoured on the 9th of March at the sixth annual Design Foundation Awards, in a moving ceremony held in the Silo District, Cape Town. The awards recognised the industry’s top achievers in design, manufacture, commercial success and innovation, each category sponsored by a supporter of local talent. The seven winners all took home a limited-edition bronze trophy depicting a seated gorilla, made by sculptor Otto du Plessis.

A new development this year was the opening up of award submissions directly to the design industry and public. The open call resulted in a large number of submissions and broadened the reach of these annual accolades in the local design industry. Public nominations were pooled with those from past winners and an external jury of industry insiders that included Tracy Lynch (interior designer and creative force behind Nando’s Central Kitchen in Joburg), as well as tertiary education leaders who recommend their leading graduates for the Apprentice Award. Judging was done by the 13 members of the Design Foundation board who include professional leaders such as Dion Chang, founder of Flux Trends; Ashraf Majiet, head of design at M&C Saatchi Abel; Amanda Dilima, retail manager at the V&A Waterfront; and Temi Ofong, chief operating officer at Absa Corporate and Investment Banking.

The award ceremony was attended by 400 designers, industry leaders, collectors, corporate leaders and local media, with MCC by Krone, gin and tonic by Hope on Hopkins and Fitch & Leedes, and red wine by Spier.

Here is the full list of winners from the Design Foundation Awards Ceremony:

Celebrates the designer of an original product that has experienced great commercial success – aspirational and top-end, yet commercially viable to sell in multiples.

Awarding a design company that understands the value of marketing, consumer interaction, packaging and delivery.

Recognising a manufacturer who has gone beyond expectation to aid designers in realising their products.

Celebrating a young designer who has already achieved excellence with limited resources.

Places an outstanding graduate showing maturity, originality and true potential, in a 6- to 12-month apprenticeship.

Recognising socially responsible work done by a company, within the South African landscape, with a focus on design aspects, that makes a difference in the lives of communities.

The Design Foundation is an impact-focused, professionally led, independent body created to make an immediate difference to the South African design industry. The foundation is non-profit and sponsor-funded, and is led by an illustrious think tank board of highly respected industry figures enabled to award funding, recognise achievements and act as a conduit between business and design.