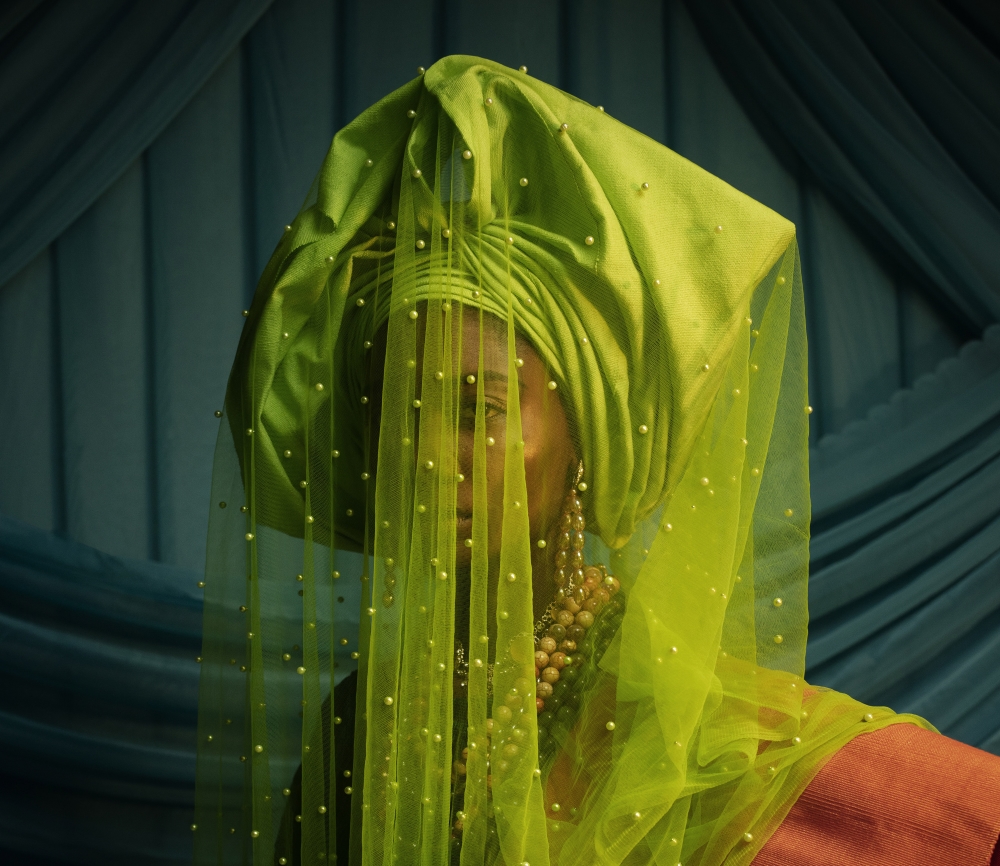 Lakin’s new photographic series explores the culture surrounding Nigerian brides and marriage ceremonies. Veiled portraiture was used to document the complexity of his culture, and counteract the West’s monolithic narratives of Africa and women.

The performances these brides carry out are ones of love, familial and cultural pride, feminine strength, and a heterogenous African identity, but they are also the burdens of being wives, mothers and daughters-in-law.