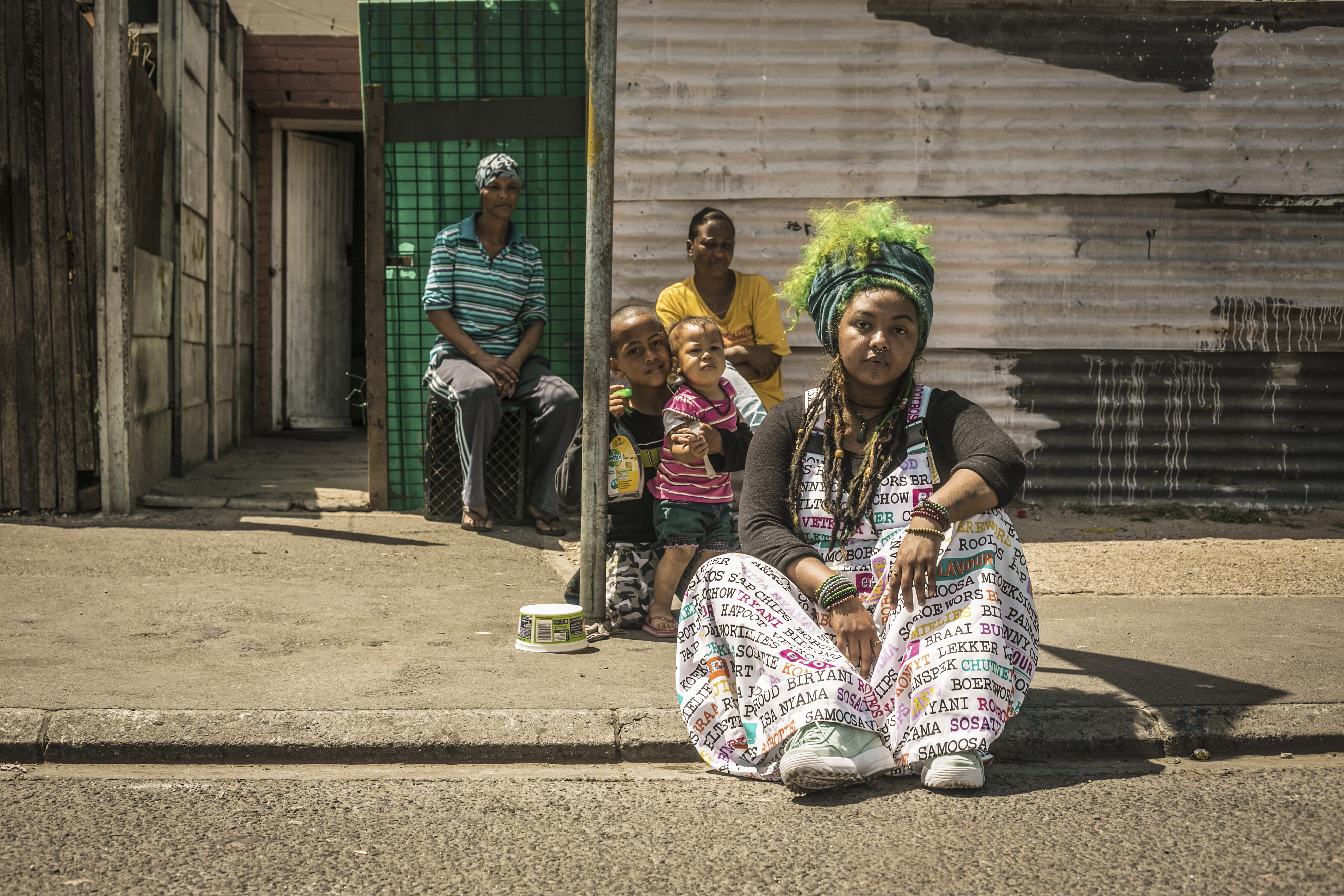 We spoke to Canon Creative, Toka Hlongwane, about his photography in the Create With Canon series. His artwork looks to tell the stories of real people that are not often seen in mainstream media. Here is what he had to say when asked him a few questions about his work:

How would you define your style of photography?

I am a street and documentary photographer.

Did you have any mentors or formal mentorship?

Unfortunately, I never had a mentor. I am self-taught, although I do have photographers I look up to. People like Bra Santu Mofokeng, Ricardo Rangel and Helen Levitt to name a few; whose work I have studied and has aided my craft.

Tell us about your kit. What cameras, lenses and other gear do you use?

I use a Canon 5DMark3, which gives me nice, crisp looking shots when the shoot I am doing requires that. I also use the 1200D, which I have had for a while. It is still somehow my favourite and I take it everywhere I go because it’s way lighter and smaller than the 5D, so I can also smuggle it into shady spots or locations I am not allowed to openly photograph at. Usually, my go-to lens is the 50mm 1.8 because it always forces me to interact with my subjects and get up close with them. I also have an option of shooting wide shots without worrying about losing detail. Its fast aperture allows me to shoot in low light situations without a hassle. It’s a great lens all round, for whatever style of photography you are into and its great for video as well.
I also use an 85mm f/1.4 EF, which is incredible for melting backgrounds away and isolating your subject, yet it makes detail blend well in every frame. Because it’s 85mm, it can’t focus on objects that are too close to it, it does a good job at melting the foreground away and creating a beautiful bokeh aesthetic around the subject you are photographing. It is an incredible lens for shooting video as well. I also have a 70 to 300mm zoom lens which I hardly use, because I don’t like zooming in on anything I can physically get closer to. It’s also just big and not easily concealable for shooting at the types of locations I mentioned earlier. It’s a good lens nonetheless.

What do you look for when shooting?

Because I am a street photographer I often leave home with no idea what I am going to shoot, or what I will find in the streets. It’s a thrilling gamble because some days I come home with horrible images and other days I come home with images that make my mom proud. It’s about being at the right spot at the right time – anticipation, patience, constant adjustment of settings, as well as some luck. Maybe huge a dose of luck. However, for my documentary work, I usually go for honest narratives.

What kind of passion projects do you take on, as opposed to commercial jobs?

Most of the projects I take on are topics I find interesting and I think that they aren’t addressed sufficiently. I look for topics that aren’t celebrated or are taken for granted in society; issues that mainstream media doesn’t care about, because I believe everyone has an important story to tell. I use my camera as a medium for those people to tell their own stories in the most honest way possible. I haven’t done a lot of commercial photography yet aside from shooting product shots for friends here and there, but it is something I would like to branch out to at some point in my career.

What people have you collaborated with and why? Can you show us some of the work?

Recently, I have been working on a photo essay about Hanover Park in Cape Town. I embarked on the project to break my own stereotypes about the place and to decriminalise that community, which has often been labelled as a drug and gangster haven. I collaborated with Laverne Hippkhoi Maart who is an artist and activist from the area. Fortunately, I managed to get a New York-based publication called Xeno Zine to publish the story.

@hippkhoi in Hanover Park for the photo series with Toka Hlongwane