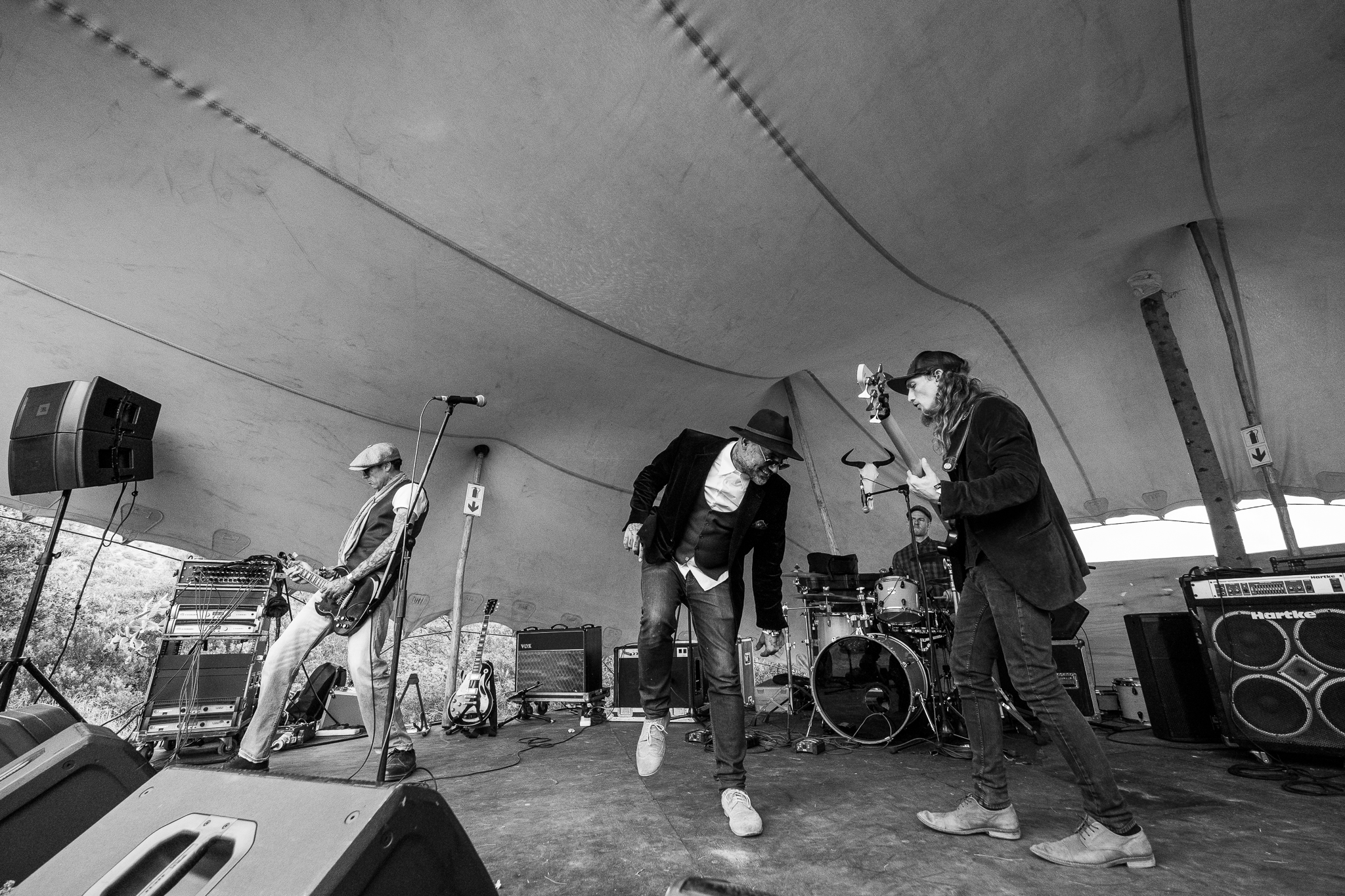 Like a sacrament for the senses, South African blues rock act Gunshot Blue present a brand new video for their hypnotic track ‘Hit Me Up’. The band describe the concept behind the track as, “Some gurus say that reality as we perceive it, is only 1% of what is actually out there. When you start exploring the inner worlds by looking at your dreams or simply being still; what the gurus say start to resonate within.”

If you’re hungry for more, you’ll find the band on the road and a radio near you with their new album Until the Last Prayer. The much-anticipated full-length debut launched earlier this year, with the accompanying Until the Last Tour that kicked off recently and saw them on a whirlwind road trip to play at both the Lush and Splashy Fen Festivals in the same weekend.

Formed in Johannesburg in 2014 by frontman Frans Borman and guitarist, Pepi Dimevski, their sound is the culmination of thousands of hours of dedication to craft, a fermentation of many different, yet strangely, all too familiar stories, distilled, steeped and soaked in folklore and tradition. A mysterious and entrancing blend of the gentle, psychedelic-infused blues that occasionally meets the explosive high energy, electricity of rock and roll head on.

Like the music and the musicians who created it, the title and theme are threaded with constructs of ritual, representation and symbolism.  Frans Borman describes the backstory to the naming of the album Until The Last Prayer”:

“One evening, while Pepi and I had a catch up over a glass of whiskey, we were talking about orthodox philosophy. Now, both of us are quite intrigued by monks and elders, who dedicate and sanctify their lives to a monastic lifestyle living in remote places like caves/ islands or the desert. We spoke about this legend where, in the story, God spared/saved the world of destruction thanks to one elder/monk who kept on praying. In other words, if there are no more prayers – whatever prayer may be for you – maybe then we won’t have a world like we know it anymore.” He continues saying “So, in a sense, the album with all its different stories is about prayer. Prayer not in a religious sense. Prayer in an energetic, spiritual, quantum sense. Whether you are burning incense, whether you are lighting a candle, whether you are living a moral. pure and sacred life. Whether you are setting an intention. Whether you are meditating. Whether you give away and look after others.”

The patterns and inspiration overflow into each track, with singles such as Woods where “deep in the mythological woods of our collective unconscious we run from and to our nightmares. Fear holds us prisoner. As our eyes get used to the dark, omens may set us free.”

…and the introspective Knocking that both asks and observes “Does the spinning dog ever catch its own tail? The all-consuming mouth of consumerism will eat you alive. You’re either in a rush or looking for a rush. How do we escape the wheel of Karma? The zen buddhists, the sufi’s, and the prophet Mohammad in the sacred text of the hadith, all encourage us to die before we die.”

Their critically acclaimed EP 12 396km saw release in 2014. Until the last Prayer, their latest musical odyssey  is out through Gallo. Available on digital release now and on CD in all good music stores nationwide.